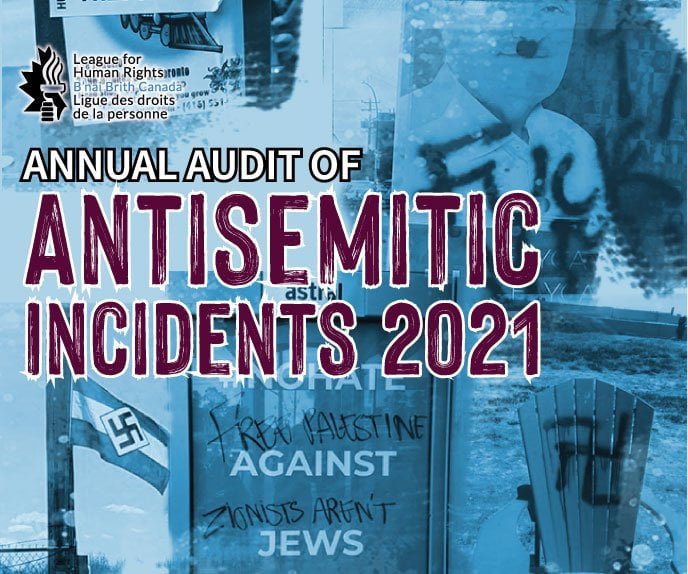 The Annual Audit serves as the authoritative document on antisemitism in Canada. It is regularly cited by media outlets, public officials, NGOs, and government bodies.

What you should know about our Annual Audit of Antisemitic Incidents

Since 1982, the Annual Audit of Antisemitic Incidents has served as the authoritative document on antisemitism in Canada.

The data expressed in the Audit, produced each year by B’nai Brith Canada’s advocacy arm, the League for Human Rights, reflect the level of antisemitic incidents reported to, and monitored by, the League, including through its Anti-Hate Hotline as well as data collected from police and law enforcement agencies.

Cited regularly by Canadian and international mainstream media outlets, public officials, NGOs, and government bodies, the Audit focuses on antisemitic incidents that both meet, and fall short of, the Criminal Code definition of a hate crime. This is essential for capturing the climate of antisemitism in Canada, which requires independent tracking and assessment.

As such, the Audit serves as a barometer for antisemitism as a phenomenon in Canada. 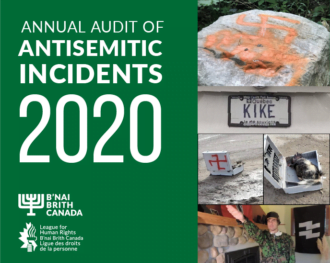 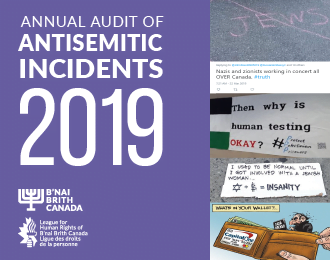 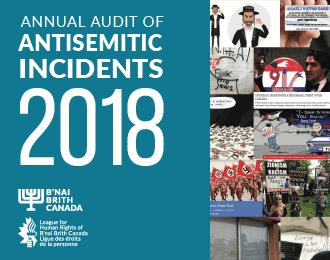 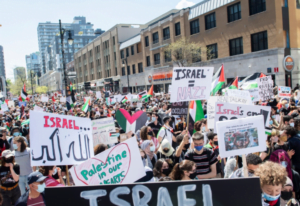 Warning: Graphic and Violent Events Discussed OTTAWA – Calls to rape Jewish women. Rocks thrown at peaceful protesters. Nazi emblems in our streets. From coast to coast, Canada’s Jewish community came under assault on multiple fronts throughout the month of May, 2021. And we’re talking about unprecedented ways. B’nai Brith 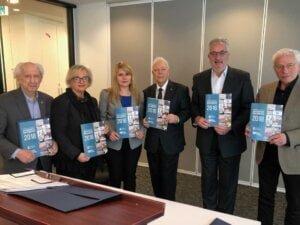 April 29, 2019 OTTAWA – For the third consecutive year, records were set in 2018 for antisemitism in Canada. The 2018 Annual Audit of Antisemitic Incidents, produced by B’nai Brith Canada’s advocacy arm, the League for Human Rights, recorded 2,041 incidents of antisemitism, a 16.5 per cent increase over the previous year.

Quebec Confidential The opinions, facts and any media content presented do not necessarily reflect the position of B’nai Brith Canada. April 25, 2018 MONTREAL – It was more than two years ago that then Montreal Mayor Denis Coderre was participating in a focus group on antisemitism, with the League for Human Rights 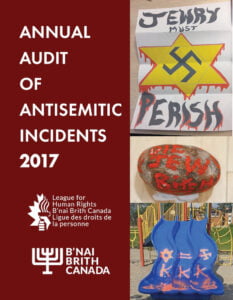 April 24, 2018 By Daniel Koren Media Coordinator B’nai Brith Canada The year 2017 set records for antisemitism in Canada. B’nai Brith Canada’s Annual Audit of Antisemitic Incidents reports that 2017 was the second consecutive year in which record numbers were reached. The authoritative study on antisemitism in Canada, the Audit recorded 1,752 incidents, 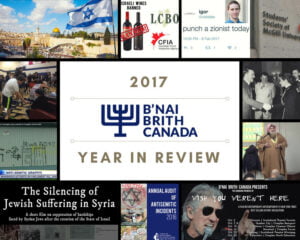 1. Supported Jewish students on campus. B’nai Brith Canada was active in helping Canadian students fight antisemitism on campus this year. In Montreal, after students were unfairly targeted for supporting pro-Israel causes, our petition to McGill Principal Suzanne Fortier prompted her to investigate and condemn the incident. In a separate incident at McGill,