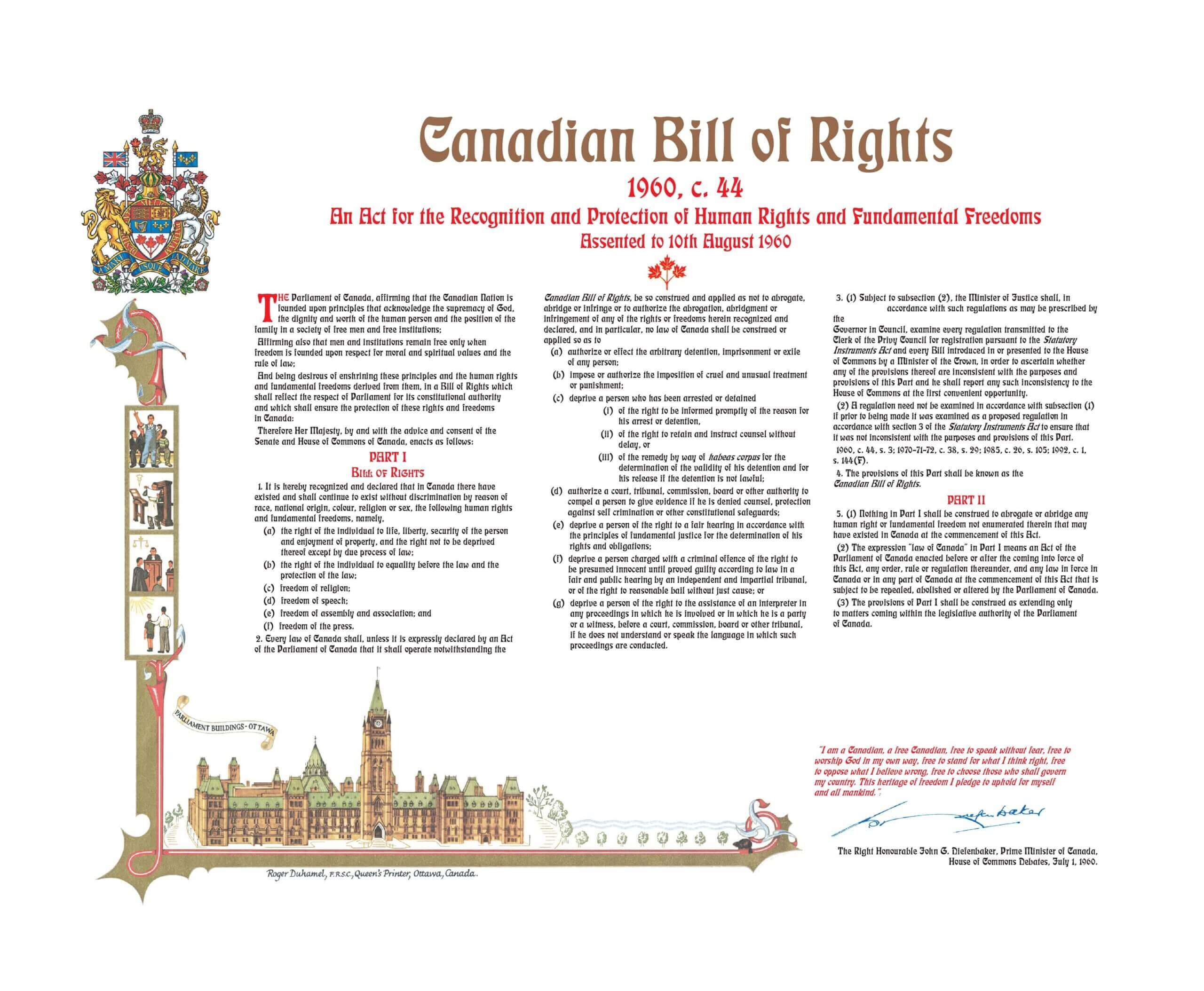 “Justice, Justice You Shall Pursue” – Deuteronomy 16:20

We relentlessly pursue justice by providing a voice to the voiceless.

This section contains documents that inform the public about policy positions that B’nai Brith has taken on key topical issues.

B’nai Brith and its related organizations have a continuing involvement in legal proceedings, legislative initiatives, research projects, educational programs and community actions that directly bear upon human rights in Canada and other countries.

B’nai Brith and its related organizations have been granted intervener status by courts and tribunals in numerous cases. Many of these cases have involved constitutional questions regarding the rights and freedoms protected by the Charter, including: freedom of conscience and religion (section 2(a)); freedom of thought, belief, opinion and expression (section 2(b)); equality rights (section 15); the right to life, liberty and security of the person (section 7); and the reasonable limits prescribed by law and demonstrably justifiable in a free and democratic society (section 1).

·         R. v. Keegstra, [1990] 3 SCR 697, where B’nai Brith intervened regarding the constitutionality of laws against hate speech and whether such laws can be saved by section 1 of the Charter;

·         R. v. Zundel, [1992] 2 SCR 731, where B’nai Birth made submissions concerning the constitutionality of laws against false news and whether such laws can be saved by section 1 of the Charter;

·         Canadian Council of Churches v. Canada (Minister of Employment and Immigration), [1992] 1 SCR 236, where B’nai Brith made submissions with respect to the proper test for standing by a public interest group;

·         R. v. Finta, [1994] 1 SCR 701, where B’nai Brith made submissions regarding the interpretation and constitutional validity of the war crimes provisions of the Criminal Code. Madam Justice McLachlin stated in regard to B’nai Brith and two of its fellow interveners: “The public interest groups before this court have an interest in and are experts on […] human rights in general.”;

·         Syndicat Northcrest v. Amselem, 2004 SCC 47, a leading case on the court’s inquiry into religious beliefs, where B’nai Brith intervened in a case that stands for the principle that the Charter protects both mandatory and voluntary expressions of religious belief provided only that those beliefs are sincerely held.

·         R. v. Krymowski, 2005 SCC 7, where B’nai Brith intervened in a case concerning the interpretation of section 319(2) of the Criminal Code prohibiting wilful promotion of hatred;

·         Mugesera v. Canada (Minister of Citizenship and Immigration), 2005 SCC 39, where B’nai Brith made submissions regarding hate propaganda as a crime against humanity in the context of a denaturalization and deportation proceeding; and

·         Zylberberg v. Sudbury (Board of Education), [1988] OJ No 1488, where B’nai Brith intervened in case that, because of a section 2(a) Charter violation, struck down an Ontario regulation mandating that the Lord’s Prayer and/or religious scriptures be read to open or close each public school day;

·         Canadian Civil Liberties Association v. Ontario (Minister of Education), [1990] OJ No 104, where B’nai Brith aided in the court finding that a public school curriculum that provided for weekly religious education with the option to stand outside the classroom for students who did not wish to participate was unconstitutional under section 2(a) of the Charter.

·         Liebmann v. Canada (Minister of National Defence), [1994] 2 FC 3, where B’nai Brith intervened in case involving a discriminatory Canadian Armed Forces policy that allowed the background of soldiers to be considered when deciding which personnel would be sent on specific missions;

·         Ross v. New Brunswick Teachers’ Association et al., 2001 NBCA 62, where B’nai Brith intervened in a defamation case brought against a school board by one of its former teachers, who was fired for public Holocaust denial;

·         Zundel v Citron, 2004 FC 225, where B’nai Brith was granted intervener status by the Federal Court of Canada and the Federal Court of Appeal in a series of judicial review proceedings and an appeal of one decision regarding Holocaust denier Ernst Zundel and the proceeding against him in the Canadian Human Rights Tribunal;

·         R. v. Ahenakew, 2008 SKCA 4, where B’nai Brith intervened in a case about the constitutionality of laws against hate speech and whether such laws can be saved by section 1 of the Charter;

·         Pieters v. Peel Law Association, 2013 ONCA 396, where B’nai Brith offered submissions on the evidentiary burden for establishing discrimination in a case involving an incident of alleged discrimination against black lawyers;

·         McCorkill v. McCorkill Estate, 2014 NBQB 148, where B’nai Brith intervened in a case involving a will that was discriminatory and contrary to the multicultural values enshrined in the Charter;

·         Ouanounou v. Humber River Hospital et al., 2018 ONSC 6511, a case where B’nai Brith intervened to successfully secure an injunction against a hospital from removing an orthodox Jewish individual from life support, contrary to the wishes of the individual’s family;

·         Oberlander v. Canada (Attorney General), 2018 FC 947, where B’nai Brith intervened in a case which mandated the revocation of former Nazi Helmut Oberlander’s Canadian citizenship. An ex-SS death squad member, Oberlander’s legal saga wound through the Canadian courts for two decades. B’nai Brith was heavily involved with his case from start to finish, including multiple interventions and continued advocacy for Oberlander’s deportation from Canada.

·         Kattenburg v. Canada (Attorney General), 2019 FC 1003, where B’nai Brith intervened to defend the production of wine by Israeli Jews in their indigenous homeland; and

·         Canadian Federation of Students v. Ontario, 2019 ONSC 6658, and at 2021 ONCA 553 where B’nai Brith made submissions in favour an Ontario government policy that allows post-secondary students to opt out of non-essential supplemental fees when paying tuition.

·         Fancy v. Saskatoon School Division No. 13, [1999] 35 CHRR 9, where B’nai Brith intervened in a case involving the use of the Lord’s Prayer and Bible readings in Saskatchewan public schools. The Board of Inquiry wrote that B’nai Brith presented observations that were “analytical and without rancor” regarding the rights of students to be equally valued;

·         Warman v. Marc Lemire, 2009 CHRT 26, where B’nai Brith intervened in a case surrounding antisemitic web postings to make submissions with respect to the constitutionality of section 13 of the Canadian Human Rights Act.

·         League for Human Rights of B’nai Brith Canada v. Odynsky, 2010 FCA 307, where B’nai Brith launched an application for judicial review seeking to quash a decision by the federal government not to revoke the citizenship of two individuals who served in Ukrainian military units that collaborated with the Nazis and committed numerous atrocities during the second world war;

·         League for Human Rights of B’nai Brith, Abrams v. Topham, Arthur, 2010 CHRT 14, where B’nai Brith sought to challenge the legality of B.C. man Arthur Topham’s website (which promoted virulent Jew hatred) under the Canadian Human Rights Act. Topham was eventually arrested and later convicted of his crimes in 2015; and

·         League for Human Rights of B’nai Brith Canada v. Canada (Minister of Public Safety and Emergency Preparedness), a recent lawsuit B’nai Brith filed against the federal government in order to mandate that they decide whether or not to implement a House of Commons motion to list Iran’s Islamic Revolutionary Guard Corps (IRGC) as a terrorist organization. The IRGC has sponsored terrorist attacks around the world and supports various hateful antisemitic activities.