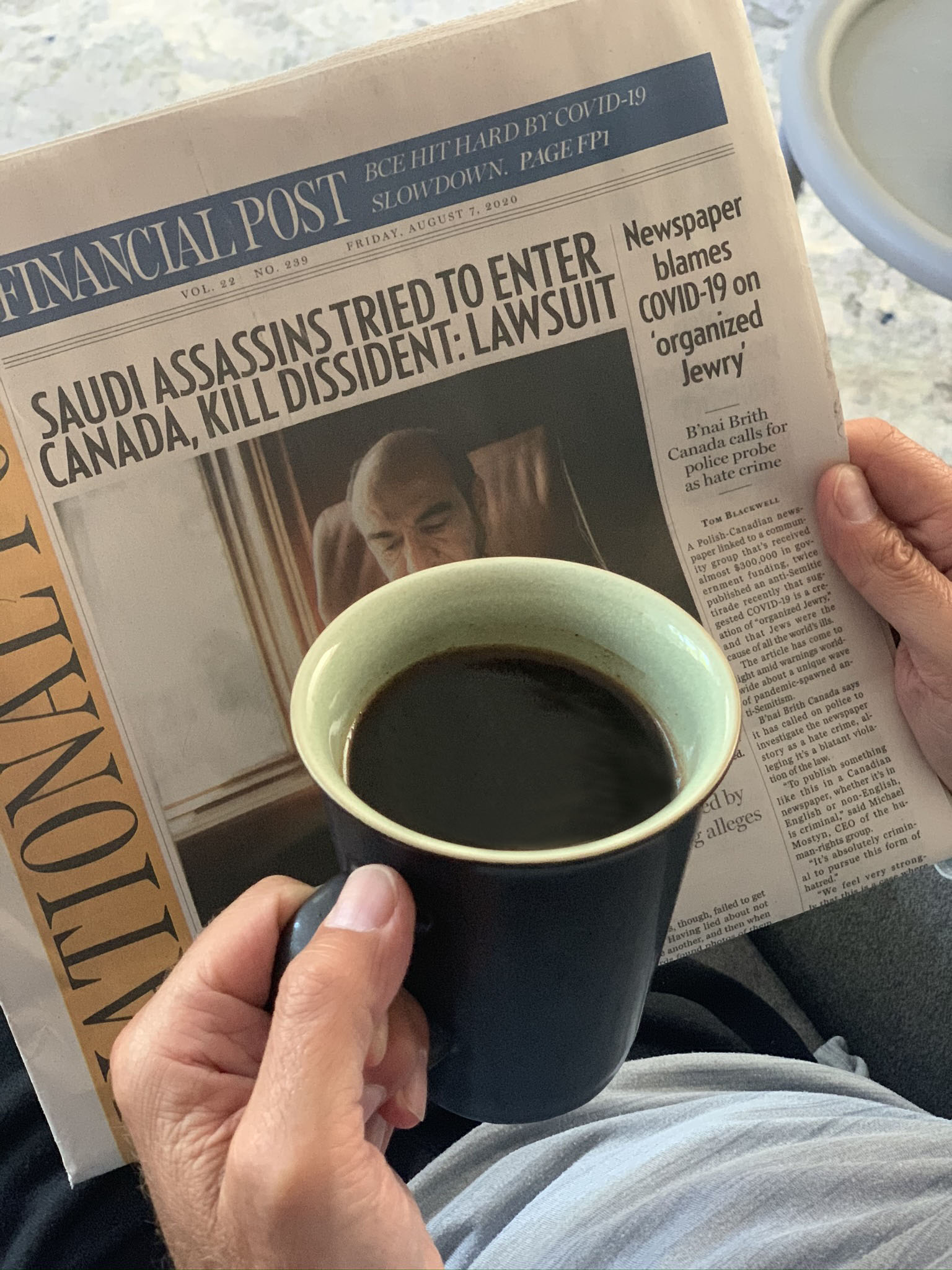 As well, the National Ethnic Press and Media Council of Canada (NEPMCC) has banned both papers from its network of publications for as long as they are engaged in promoting antisemitic conspiracy theories.

Maria Voutsinas, Executive Director of the NEPMCC, made the following statement: “Although Głos is not a member of our organization, it is important to note that ethnic media is an important part of news dissemination in Canada. Especially for those Canadians that rely on 3rd language media to help them understand what is happening in Canada. This abhorrent and dangerous narrative written by this publication goes against the statement of principles that reputable ethnic media organizations follow and adhere to. As a leader in ethnocultural media, I stand with B’nai Brith in bringing this antisemitic article to the community’s and police’s attention.”

Głos had repeatedly blamed the COVID-19 pandemic on an imaginary sinister Jewish plot. It also alleged that Jews are trying to seize control of Poland. Goniec had claimed that Jews were using the WhatsApp cell phone application to spy on people, while also asserting that Jews control the United States Congress.

B’nai Brith has filed complaints about both publications to the appropriate police forces. The complaint against Goniec resulted in the publisher’s arrest, but with no subsequent charges laid up to this point.

“We are encouraged to see that Canadians are unwilling to accept the peddling of blatant, vile and bigoted hatred in this country’s media sources,” Mostyn said.

“There must be serious consequences for those who work to harm our community through the spreading of hatred and incitement. We applaud the NEPMCC for taking a principled stand on this issue, and for setting a bold example of how issues like this should be dealt with by private organizations.”

B’nai Brith has long drawn attention to concerns of hatred being spread in fringe ethnic media across Canada. Last year, several political candidates apologized for advertising in an Ontario Arabic-language newspaper after B’nai Brith revealed its history of promoting terrorism and antisemitism. Earlier that same year, an Arabic-language television show was removed from the airwaves after B’nai Brith exposed the hateful content that it was promoting. None of these publications were members of the NEPMCC.