A perfect example is when the Canadian Food Inspection Agency (CFIA) decided to remove two Israeli wines from liquor stores across Ontario because they were “mislabeled” as “Products of Israel.” Word spread like wildfire and individuals as well as Jewish advocacy groups such as B'nai Brith Canada quickly reacted. Not even 24 hours later, the CFIA released a statement saying it would rescind its discriminatory decision. That's advocacy at its finest.

While the CFIA may have backtracked, there were many other incidents in 2017 that involved systemic antisemitism. Here are five ways that the system failed the Jewish community in '17:

At the Toronto iteration of al-Quds Day in July, 2016, a Mississauga school teacher praised members of Palestinian terrorist groups and condemned Israel for extrajudicially "executing" a Palestinian teenager who murdered a 13-year-old Israeli girl in her sleep.

Following complaints from B'nai Brith, an investigation was launched by the school board and Nadia Shoufani was suspended with pay. However, she was later reinstated following an arbitrator’s order and proceeded to publicly praise Palestinians terrorists – again. In a 2017 article for al-Meshwar, a Mississauga-based Arabic-language newspaper, Shoufani doubles down on her support for terror, prompting a fresh complaint by B’nai Brith that is still being considered by the Ontario College of Teachers.

“It’s hardly surprising that Shoufani would continue to support terror leaders given that there were no consequences for her initial comments,” Michael Mostyn, Chief Executive Officer of B’nai Brith Canada, said at the time.

Holocaust-denying professor Anthony Hall reinstated at the University of Lethbridge 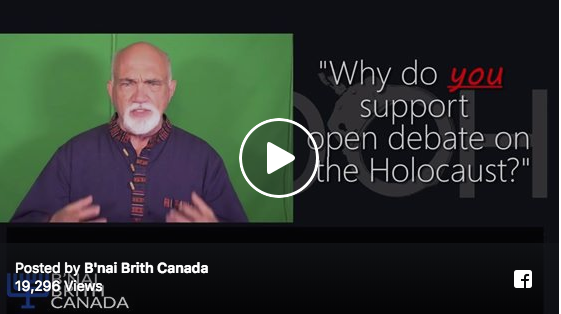 In another case of educators getting away with promoting hatred against minority groups, the tale of University of Lethbridge professor Anthony Hall is an example of the system confusing victim with perpetrator.

After B'nai Brith's campaign detailing Hall's support of Holocaust denial and bizarre antisemitic conspiracy theories, he was suspended in October, 2016 and is the subject of an Alberta human rights complaint. But while the University has taken the right steps throughout its investigation, it was the intervention of the Alberta government that paved the way for Hall’s reinstatement. The NDP government passed two bills that strengthened the school faculty association’s push to reinstate Hall. Furthermore, the government launched a direct legal intervention that also helped him return to the university in November, 2017.

“We repeatedly warned the Government of the likely outcome of its actions, but they sadly chose to ignore our warnings and expose Alberta university students to antisemitism and discrimination instead,” Mostyn said in November.

Hall will not be allowed to return to the classroom until an internal University of Lethbridge investigation is completed.

If you agree that #Canada MUST take #hatecrimes against the #Jewish community seriously, PLEASE SIGN OUR PETITION: https://t.co/BcPaHj1iXd pic.twitter.com/EWDoH0s0R7

There were at least two Montreal imams in 2017 who attracted controversy for reciting antisemitic sermons and supporting the genocide of the Jewish people. After he urged his congregants to slaughter Jews during a sermon at the Dar al-Arkam Mosque, hate crime charges were laid against Imam Sheikh Muhammad ibn Musa Al Nasr.

However, Imam Sayed al-Ghitawi, who during a 2014 sermon asked Allah to “destroy the accursed Jews” and “make their children orphans and their women widows,” was not charged, despite a petition from B'nai Brith urging the government to enforce its existing hate crime laws that was signed by thousands of Canadians.

Following an investigation that began in February, Quebec prosecutors announced they would not file charges against al-Ghitawi as too much time had passed for a summary proceeding, and prosecutors decided that the offence was not sufficiently serious to warrant an indictment. 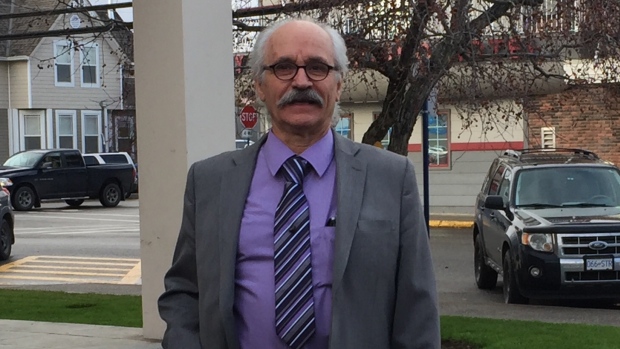 B.C. native Arthur Topham is the only Canadian in recent memory to be tried and convicted of wilful promotion of hatred against members of the Jewish community. Topham was convicted in 2015 for promoting antisemitic conspiracy theories and demonizing Jews on his website RadicalPress.com. That included calling Jews to be forcibly sterilized, saying Canada is “controlled by the Zionist Jew lobby” and describing Jewish places of worship as “synagogues of Satan.”

For his crimes, Topham was sentenced to six months of curfew and banned from posting online. That's it. Like Shoufani, Topham continued to double down on his rhetoric, like this delightful piece of Naziesque propaganda that he posted to Facebook – as he awaited sentencing for his initial crimes, no less. 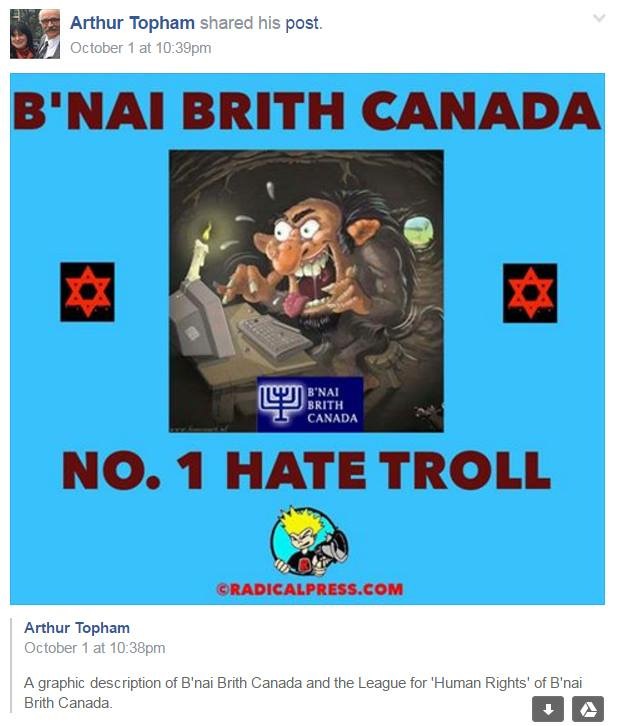 READ MORE: Topham’s Sentence a Reminder That There is Still Much Work to be Done 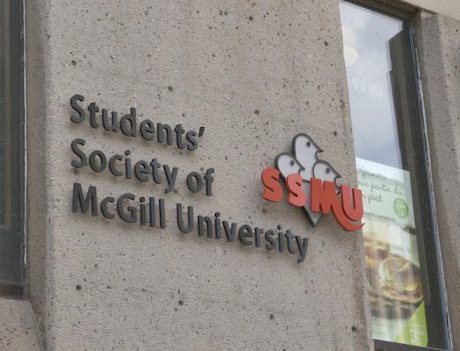 You could make a strong argument that McGill University was the most hostile environment for Canadian Jewish students on campus last year. It began with Igor Sadikov, the infamous student politician who told his Twitter followers to "punch a Zionist today" and continued with the systemic targeting and removal of three directors on the Students’ Society of McGill University (SSMU) board because of their support of Jewish and pro-Israel causes.

In response, B'nai Brith started a petition (which attracted more than 5,300 signatures) and sent an open letter to McGill Principal/Vice-Chancellor Suzanne Fortier urging her to act. Fortier responded by launching an investigation and condemning any form of discrimination or bigotry on campus.

While we thank Fortier and the university for doing its part, there is no excuse for the allowance of blatant discrimination based on religion and national origin within the SSMU.