The year 2016 was marked by social tension, international unrest and political uncertainty. In Canada, minorities were subjected to racism and xenophobia and in Toronto, for the 11th straight year, the annual Hate Crimes report from Toronto Police Services showed that the Jewish community is the city’s single most-targeted victim of hate crimes.

As a human rights organization, B’nai Brith Canada dutifully spent the year fighting on behalf of all Canadians, collaborating with government officials to expel racism from the public sector, training students to advocate for their rights when faced with antisemitism on campus, and exposing and confronting those who promote hate speech in an effort to bring them to justice.

Due to dangerous trends that emerged this year, including the rise of the boycott, divestment and sanctions (BDS) movement, the need for a stronger and more impactful B’nai Brith is more vital than ever. In a bid to empower Jewish university students, we launched B’nai Brith on Campus. To ensure that the human rights of all Canadians are protected, the efforts of our advocacy arm, the League for Human Rights, led to the successful removal or suspension of university professors, academic staff and politicians – all of whom promoted hate-charged campaigns against the State of Israel and the Jewish people.

Here’s a look back at what B’nai Brith has accomplished during the year 2016. It is only through your support that any of this has been possible and that we can continue our fight against hatred and discrimination. 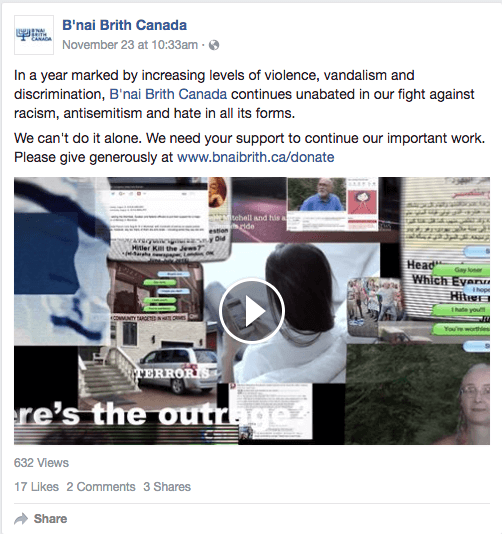 B’nai Brith Canada CEO Michael Mostyn: “Canada must continue to hold Iran accountable for its actions, and human rights should never be sacrificed at the expense of our business interests.”

B’nai Brith Canada CEO Michael Mostyn: “To ensure that Syrian refugees are not exposed to radical Islamist ideology in Windsor, it would be prudent for the [Windsor Multicultural] Council to re-examine the backgrounds of all of their staff and volunteers.”

Excerpt from letter: “Your administration’s failure to address the growing sense of alienation among Jewish students on campus has led many in our community to question whether York University’s leadership is either incapable of, or unwilling to, uphold its own ideals.”

Steven Slimovitch, National Legal Counsel for B’nai Brith Canada: “B’nai Brith has received reports of between 1,200 and 1,600 verified antisemitic incidents in Canada every year for the past 10 years. This is not a problem that’s going away.”

Amanda Hohmann, National Director of B’nai Brith’s League for Human Rights: “This is a very positive step, coming from a university where there have been ongoing, and very public, issues of antisemitism. It is incredibly heartening to see that the administration, in this case, not only took the allegations seriously but took real action to correct the problem.” 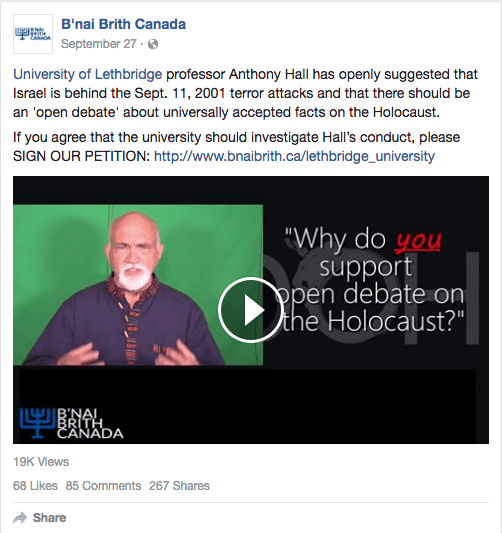 B’nai Brith Canada CEO Michael Mostyn: “By furthering the libel that Israel is ‘carrying out aggressions’ against Palestinian schoolchildren and restricting Muslims from worshipping at these holy sites, UNESCO is now complicit in incitement against Jews.” 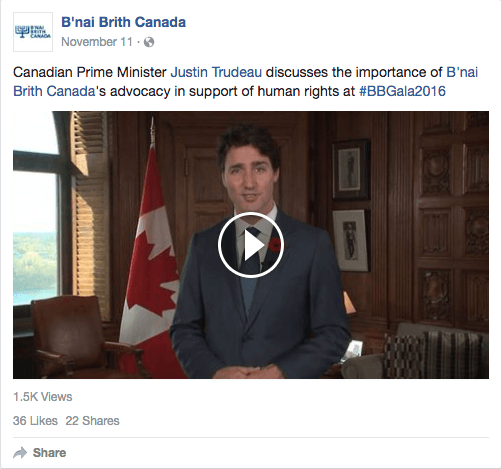 B’nai Brith Past President Eric Bissell: “With the current crisis in affordable housing for seniors in Montreal, this is a very important community initiative that will soon be home to 141 people and will serve the community for generations.”