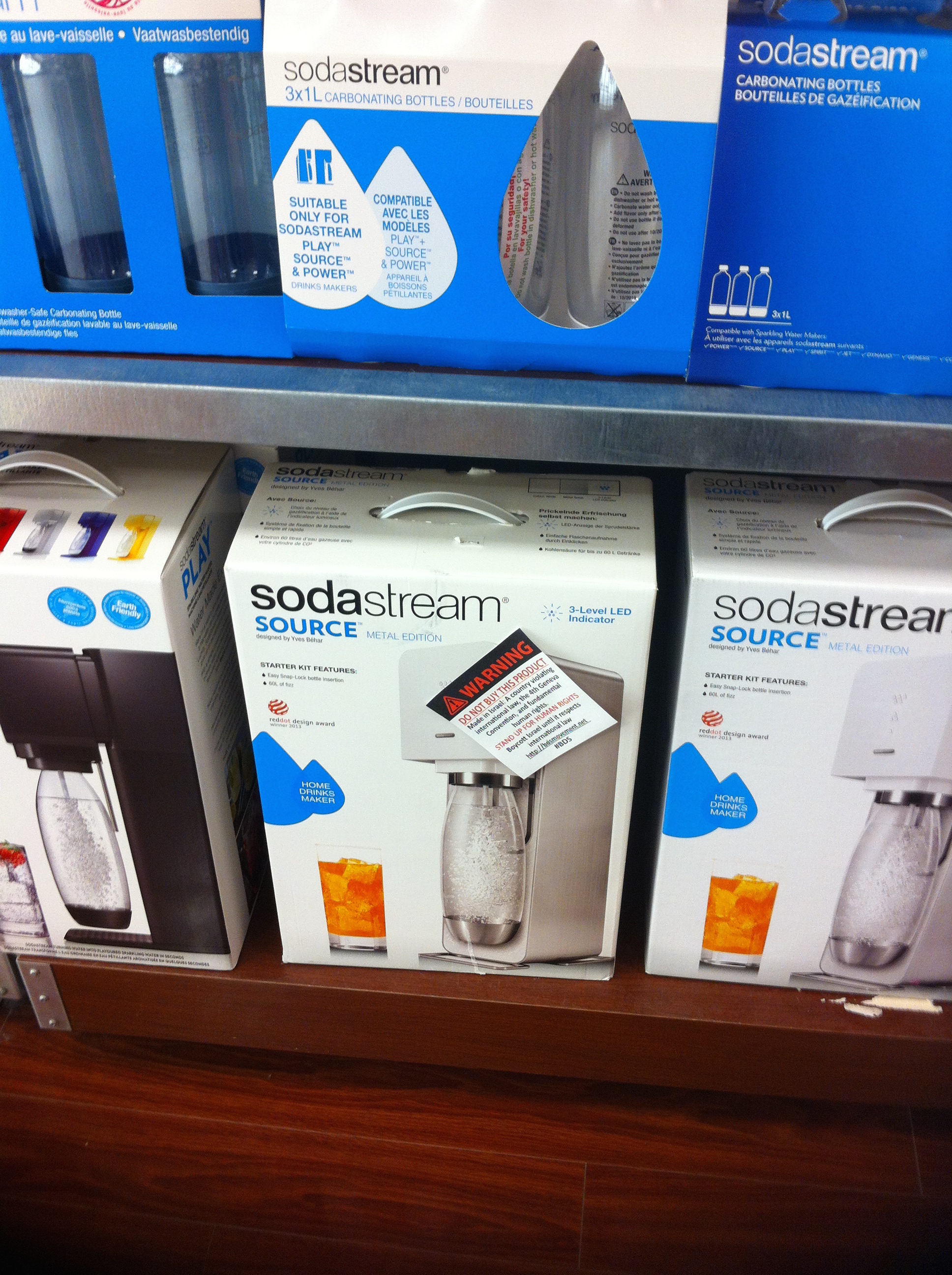 WINNIPEG - Stickers supporting and encouraging the boycott, divestment and sanctions movement (BDS) against Israel have been discovered defacing products in two department stores in one of the largest malls in Winnipeg.

The stickers were found on Sodastream products by two customers shopping at the Hudson's Bay and Sears stores in the Polo Park shopping centre. After purchasing a Sodastream, the customers notified B'nai Brith Canada to express their outrage. Adriana Glikman, B’nai Brith’s Winnipeg Programming Coordinator, immediately visited the mall where she located BDS stickers defacing Sodastream boxes not only at Hudson’s Bay but also at the Sears department store. Neither of the stickers had been noticed by staff members in the two stores.

Glikman notified store managers of the stickers, saying they were both “shocked and disturbed” to discover that such vandalism had taken place.

“We had to address a very angry call about this,” Glikman said. “The couple took photos of the stickers and brought them to the office. They wanted B’nai Brith to take action. We then went to the mall and confirmed what they saw in Hudson’s Bay. Then I went to Sears and found the stickers on the Sodastream boxes there as well. I was disgusted and upset, but it’s important to let people know that the managers took action quickly.”

Staff from both stores said they would review security footage and follow up with B’nai Brith, adding that they would alert other branches in the city about the stickers and monitor the stores more frequently and closely to ensure that similar incidents would not recur.

Glikman said she was “disgusted and upset” by the placement of the discriminatory stickers and expects any store in Canada to remove them if they were found defacing any other products.

The stickers included the following:

WARNINGDO NOT BUY THIS PRODUCTMade in Israel: A country violating international law, the 4th Geneva Convention, and fundamental human rights.

STAND UP FOR HUMAN RIGHTSBoycott Israel until it respects international lawhttp://bdsmovement.net#BDS

Preceding the word "Warning" was a hazard symbol. 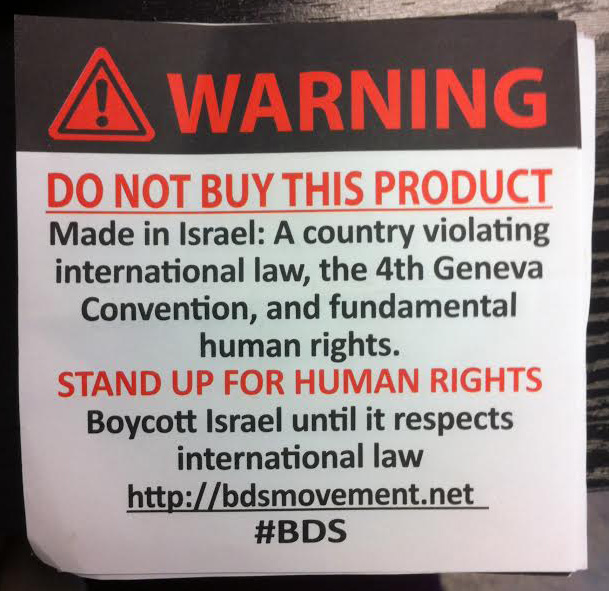 B’nai Brith reported on the appearance of BDS stickers on Sabra hummus containers at a Sobey’s supermarket in Thornhill, Ont. in August. Canadians for Justice and Peace in The Middle East (CJPME) have also posted videos of individuals vandalizing products made in Israel.

B’nai Brith has offered its expert services and resources to Hudson’s Bay and Sears to help assist in the investigation of the incidents.

B'nai Brith deals with antisemitism and hate incidents in Canada every day. If you have been the victim of antisemitism, discrimination or bigotry, please contact our 24/7 Anti-Hate Hotline at 1-800-892-2624 or online at http://bnaibrith.ca/report. 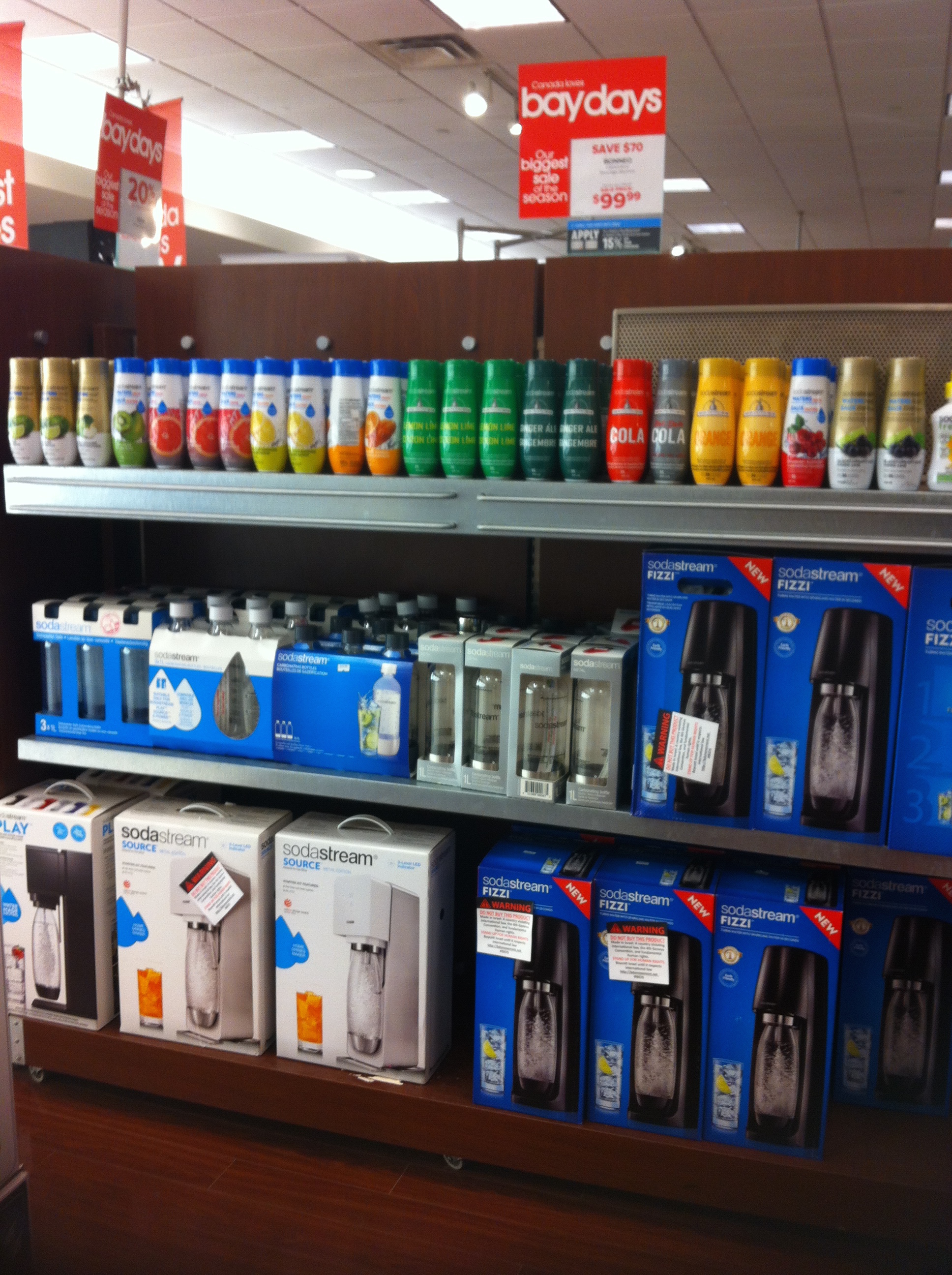 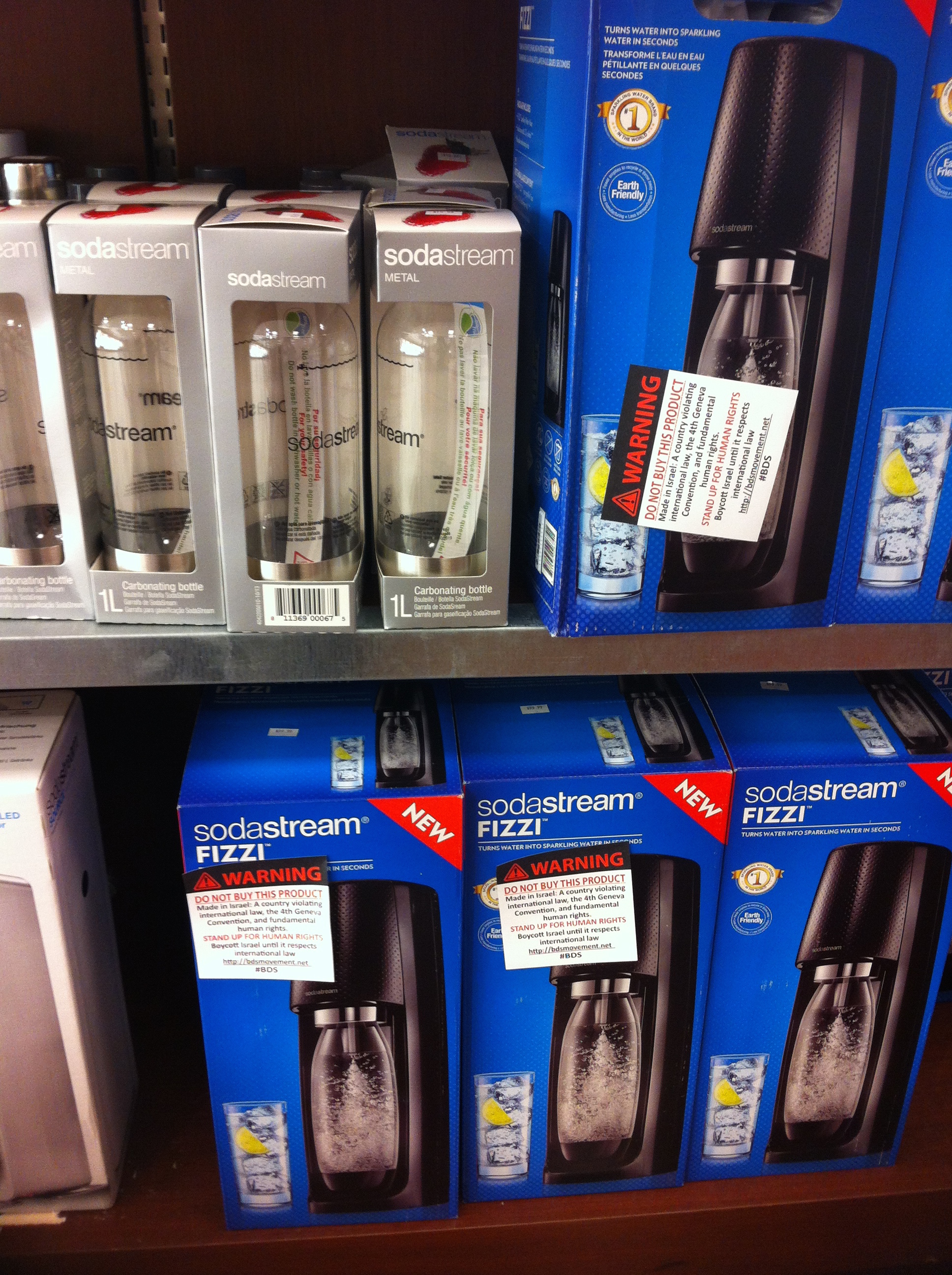 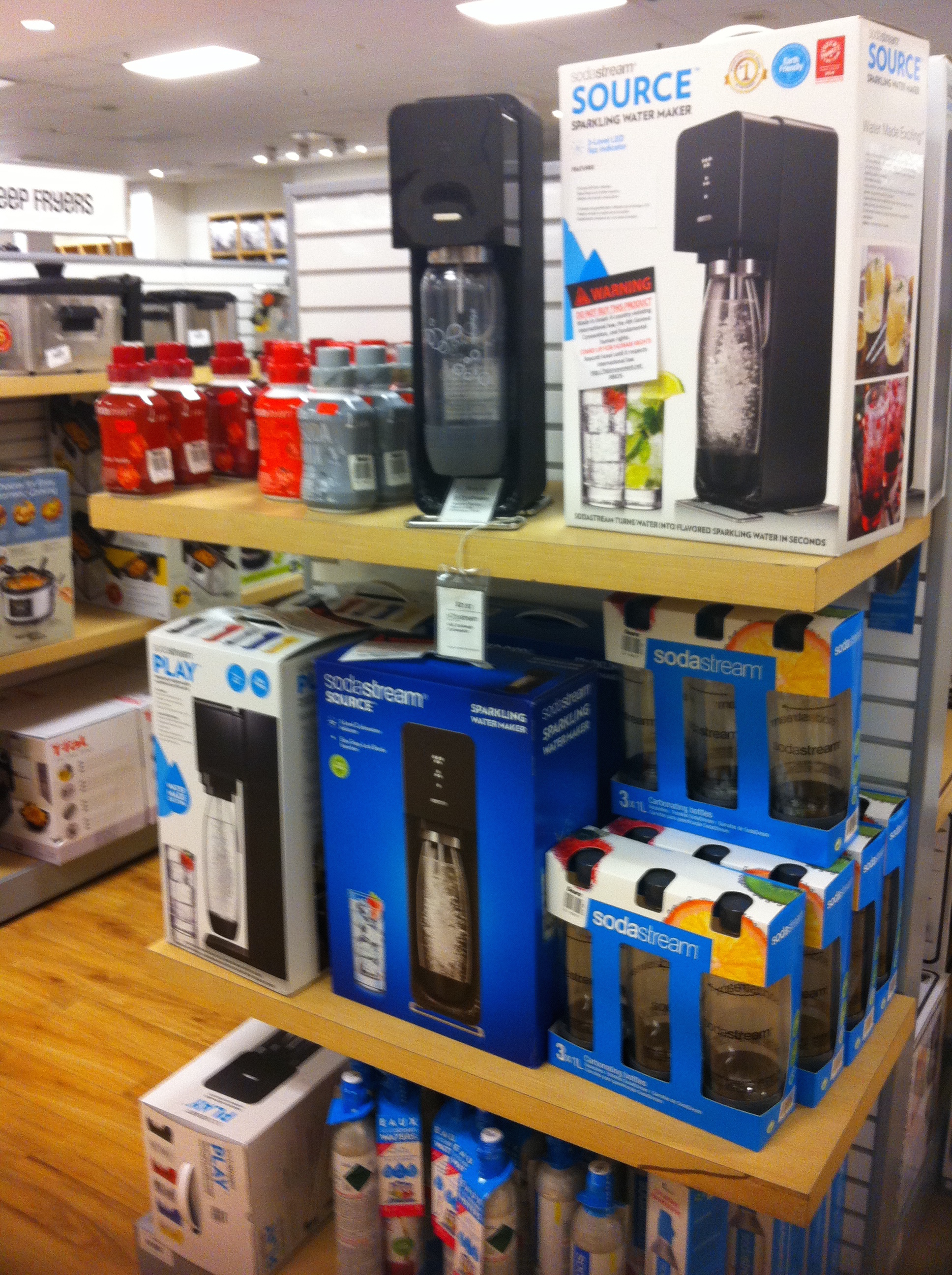 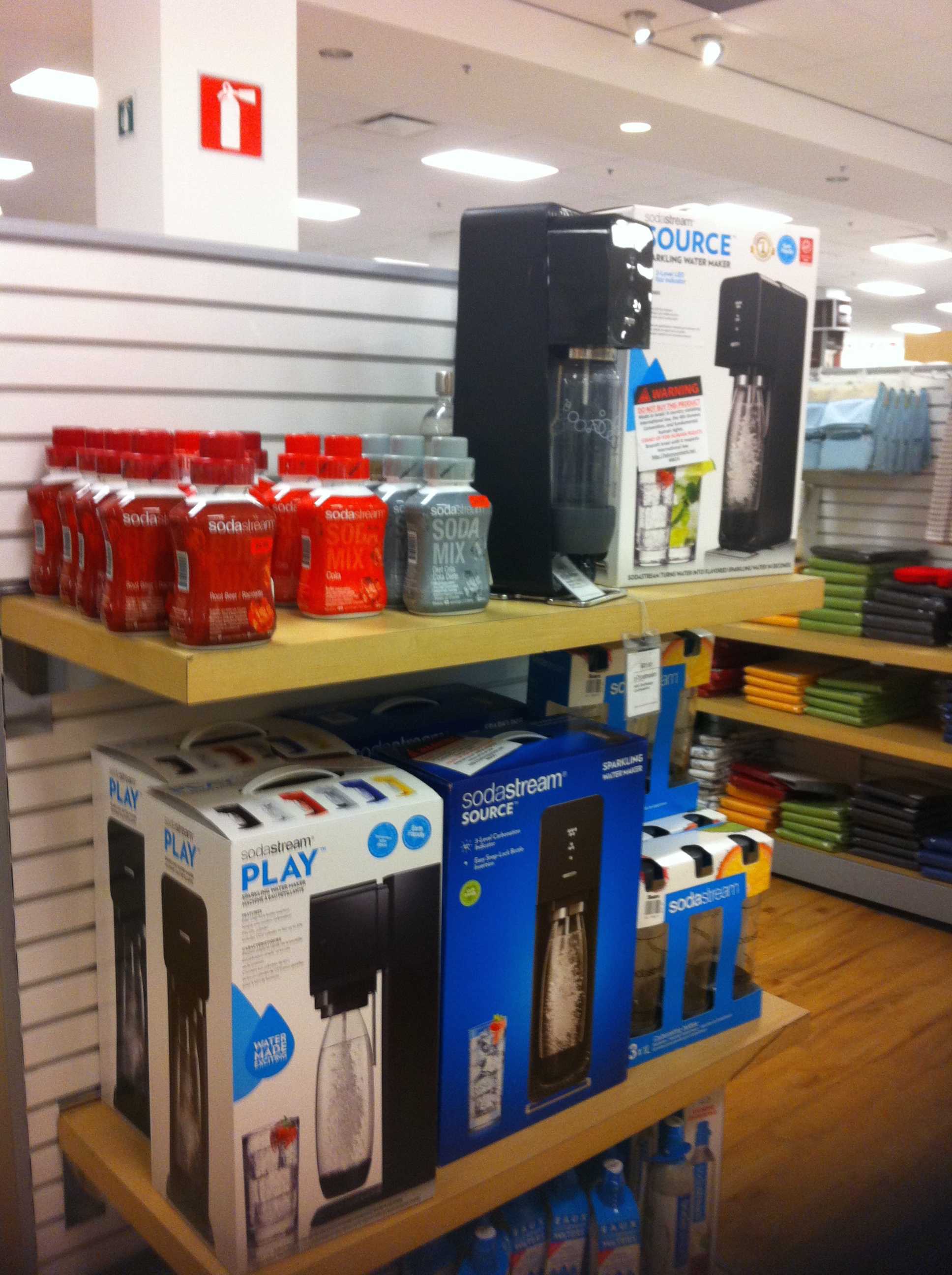