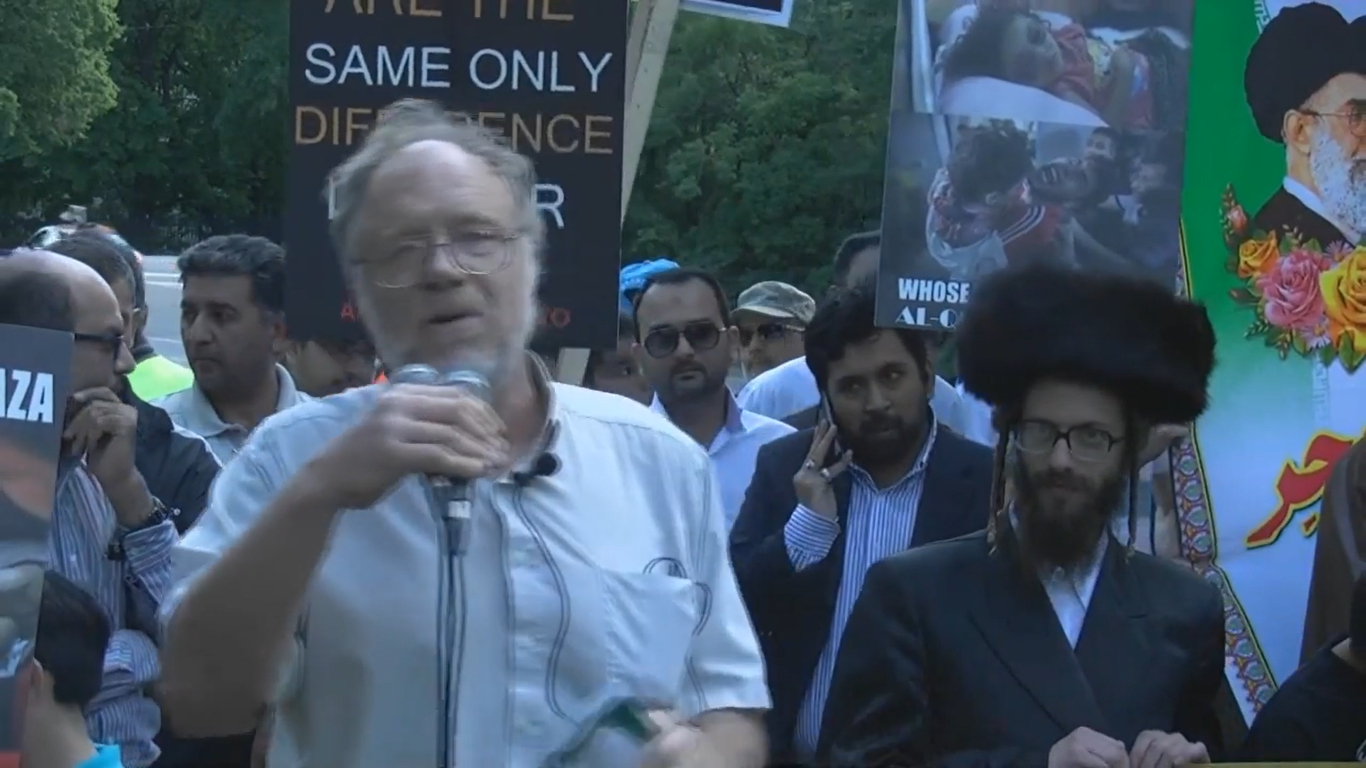 In an article featured in the October 2019 edition of Crescent Magazine: Newsmagazine of the Islamic Movement, U.S. Holocaust denier Kevin Barrett contends that this accepted definition of antisemitism, which has been promoted by B’nai Brith Canada and adopted by the Government of Canada, is part of a plot to ensure “Zionist” world domination.

Barrett falsely contends that the 6-million figure of Jewish Holocaust victims is “exaggerated,” that Japanese-Americans were imprisoned during WWII “at the instigation of mostly Jewish gangsters,” and that “the United States and its allies deliberately murdered 10-million Germans during the postwar occupation.”

The editor of Crescent Magazine is Zafar Bangash, Imam of the Islamic Society of York Region (ISYR) in Richmond Hill – a registered charity. Crescent Magazine also shares an address with ISYR, from which it is distributed across North America, the UK, South Africa and Malaysia. In April, Bangash used Crescent Magazine to falsely allege a “Zionist connection” to the devastating terrorist attack against two mosques in Christchurch, New Zealand.

“Kevin Barrett’s antisemitic rhetoric echoes that of neo-Nazis and white supremacists,” said Michael Mostyn, Chief Executive Officer of B’nai Brith Canada. “Why is this utter dreck being published in Canada and distributed around the world, and why would a Canadian house of worship want to be associated with it?”

In 2017, Barrett was a featured speaker at the Toronto al-Quds Day rally, of which Bangash is a founder. B’nai Brith has for years urged Toronto City Council and Mayor John Tory to end this hate-inspired spectacle.

Last March, a show formerly hosted by Bangash on Vision TV, was cancelled following advocacy by B’nai Brith. Bangash remains under investigation by York Regional Police over his role with Crescent Magazine.