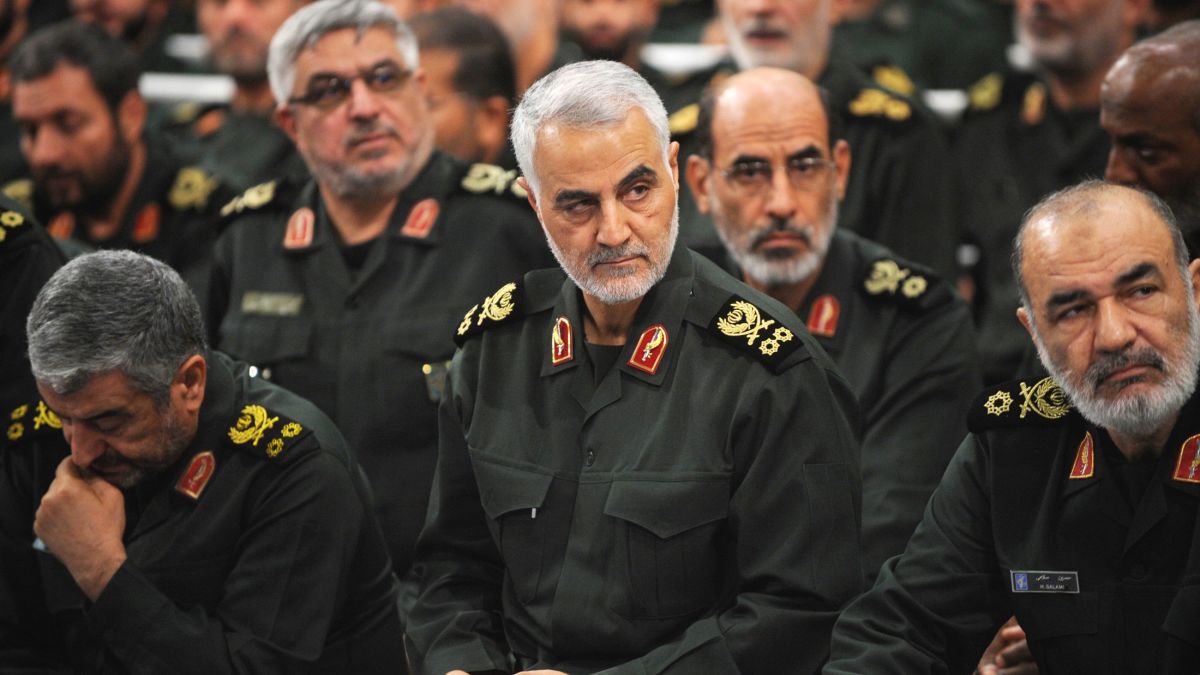 Soleimani, the commander of the Islamic Revolutionary Guard Corps’ (IRGC) Qods Force, a designated terrorist entity in Canada, was killed in a U.S. airstrike on Jan. 3 — sparking relief and, in some cases, celebration within the Iranian-Canadian community.

By contrast, in a Jan. 4 recording from the Bab Ul Hawaij Islamic Centre in Mississauga, Soleimani is hailed as a “martyr” and “hero” who was showing “the true face of Islam” to the world. Congregants can be seen wailing and crying over Soleimani toward the end of the clip.

In a similar recording dated to Jan. 26, Syed Fayyaz Mehdi Rizvi claims that Soleimani was killed because he was on the “right path,” and tells listeners: “We must stand up and say that jihad is part of our faith.” The clip states only that it was produced in Toronto, but its cover photo shows Rizvi in a previous appearance at the Al Mahdi Islamic Centre in Pickering, just east of Toronto.

On Jan. 4, a youth group associated with the mosque endorsed a pro-Soleimani vigil, though the Centre later issued a statement distancing itself from the event and stating that it “will not be supporting, nor has supported, any vigil or gathering in praise of any political figure.”

After B’nai Brith contacted the Centre for comment, the recording disappeared from its online location. Nevertheless, the vice-president of the Council for Islamic Guidance, which runs the Centre, denied that the recording was made there. Later, the recording reappeared, this time without the cover photo depicting Rizvi at the Centre.

Finally, a YouTube clip uploaded on March 5 shows a ceremony honouring Soleimani at the Imam Ali Islamic Centre in Toronto. The room contains a banner describing Soleimani as one of the “Heroes of Islam,” while a large crowd, including children, listens intently to a sermon.

Given that the mosques are designated charities, B’nai Brith has written to the Canada Revenue Agency and Minister of National Revenue, urging an investigation.

“It is totally unacceptable that charitable funds could be used to mourn and glorify the leader of a designated terrorist entity,” said Michael Mostyn, Chief Executive Officer of B’nai Brith Canada. “These activities are particularly appalling at a time when all charities are operating under the burden of COVID-19, and seeking assistance from the government in that regard.”

Under Soleimani’s command, the Qods Force plotted to bomb the Israeli Embassy in Washington, D.C., attempted to murder Israeli diplomats in Georgia, India and Thailand, and allegedly scouted Jewish sites in Germany for a future attack.

B'nai Brith has long sought justice for victims of terrorism at the hands of the Iranian regime and its proxies, including the victims of the horrific 1994 bombing of the Argentine Israelite Mutual Association (AMIA) Jewish community centre in Argentina.

Earlier in June, the Charity Commission for England and Wales declared that the trustees of a local Islamic centre had “committed a breach of trust or duty and/or misconduct and/or mismanagement” by holding two events honouring Soleimani.