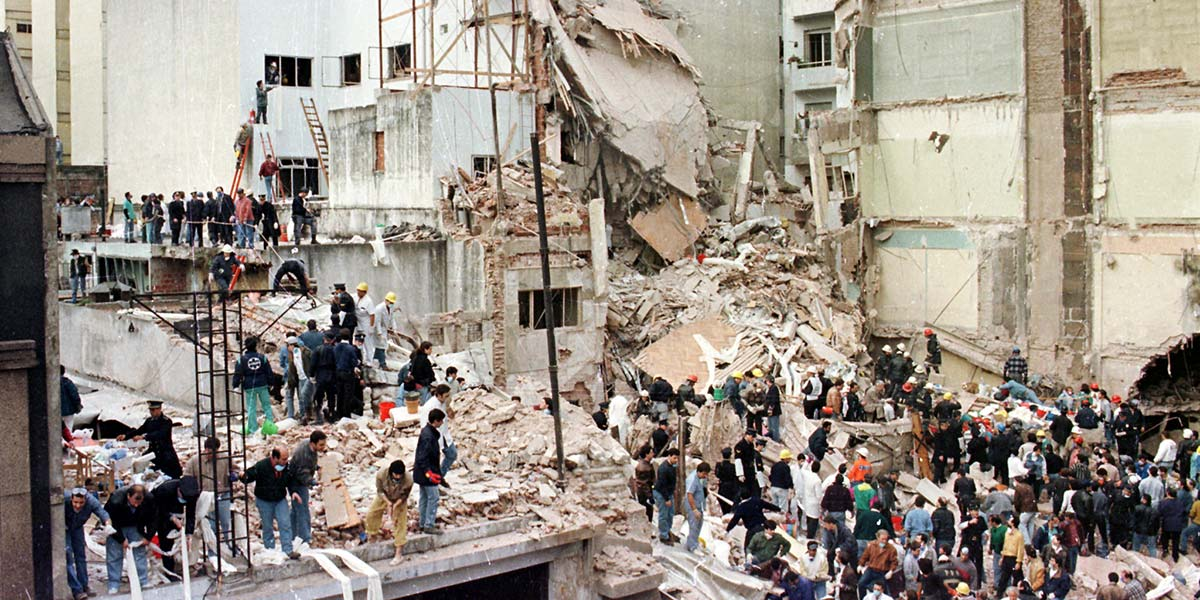 Investigations over the years have been slow and mired in scandal, but all evidence has pointed clearly toward Iranian designs behind the attack, having utilized Hezbollah -- its terrorist proxy force around the world -- to carry out the murderous attack. In a joint US-Israeli investigation, it was determined that Ibrahim Hussein Berro, a Hezbollah agent, was the suicide bomber who carried out the attack. Interpol has issued arrest warrants for one Lebanese and five Iranian nationals in relation to the attack. To this day, not one of these individuals have been apprehended.

Among these individuals is Iran’s former defense minister, Ahmad Vahidi, who led the Iranian Revolutionary Guard Corps (IRGC) “Qods Force” at the time of the attack, and is believed to have played a primary role in the planning of the bombing. The IRGC Qods Force is a listed terrorist entity in Canada and is subservient to the IRGC leadership, which has significant influence over various international terrorist groups, including Hezbollah.

During the years, the late prosecutor Alberto Nisman worked independently to reveal clandestine diplomatic relations between Argentina and the Iranian regime that hampered any meaningful investigation into the AMIA bombing. For instance, in 2013, Argentina and the Iranian regime signed a “Memorandum of Understanding” to create a “Commission of Truth” charged with jointly investigating the attack. The deal granted Iran full access to the case files while ensuring that any and all interrogations of suspects would only take place in Iran. The fox was placed in charge of the henhouse. Furthermore, in 2015, Nisman discovered that a deal was being drafted allowing Iranian oil to be traded in exchange for arms, as well as Argentina’s agreement to have Interpol cancel all Red Notices against AMIA bombing suspects.

Disturbingly, on January 18, 2015, the day that Nisman was to present his findings to the National Congress of Argentina, he was found shot dead in his home in what was initially reported as a suicide, but later ruled a homicide. The perpetrator, or perpetrators, of this crime remain at large -- adding another layer of injustice to the entire affair.

However, despite the impediments towards justice for the families of the victims, a modicum of justice can be served here in Canada. The ultimate agent responsible for the AMIA bombing on behalf of the Iranian regime was the Iranian Revolutionary Guard Corps (IRGC), which provides military and financial support to terrorist organizations, including Hezbollah, Hamas, the Popular Front for the Liberation of Palestine – General Command, and the Taliban, among others. To this day, the IRGC continues to be among the world’s greatest exporters of terrorism.

“The IRGC continues to serve as the terrorist foreign policy arm of the Iranian regime, exporting murder and mayhem around the world,” said Michael Mostyn, CEO of B’nai Brith Canada. “It is clear and evident that the IRGC carries out the Iranian regime’s terrorist strategy, so there should be no further delay in listing the entire IRGC.”

On June 11, 2018, Conservative MP Garnett Genuis put forward a private member’s motion calling for the immediate listing of the entire IRGC as a terrorist group. The vote passed with bipartisan support, with most Liberal and Conservative MPs voting in favour. More than a year has passed since the vote, yet we are still waiting.