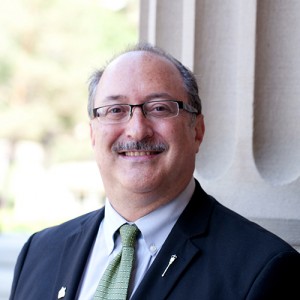 Alberta MLA Richard Gotfried (UCP-Calgary-Fish Creek) grilled the Alberta government in the Legislative Assembly Wednesday on its legal intervention into the investigation of disgraced University of Lethbridge professor Anthony Hall.

Hall, who was suspended in October 2016 following revelations of Holocaust denial and conspiracy theories blaming the Sept. 11, 2001 attacks on Israel, returned to the university this past November. His return is a direct result of government intervention that strengthened the school faculty association's push to get him reinstated.

Gotfried posed three questions during the Assembly's question period, which were subsequently answered by Minister of Advanced Education Marlin Schmidt: why did the government intervene, why did it ignore the concerns of B'nai Brith Canada, and was it aware that passing bills that strengthened the faculty association would lead to Hall's reinstatement?

Hall remains the subject of an investigation by the Alberta Human Rights Commission. Lethbridge University has confirmed that while he is no longer suspended, he will not be teaching nor interacting with students during this time.

Below is the entire exchange between Gotfried and Schmidt. It can also be viewed here at the 0:53:23 mark. B'nai Brith thanks Gotfried for speaking out against Hall and demanding answers from the government on this matter.

Mr. Gotfried: Mr. Speaker, as disgusting as it may be to all of us, pockets of anti-Semitism still exist in Alberta. Anthony Hall, a disgraced, Holocaust-denying professor from the University of Lethbridge, may as well be the poster child for such hate-mongering beliefs. In October 2016 the U of L took a strong stand and suspended Dr. Hall based on his abhorrent conduct. Sadly, Dr. Hall’s union pushed hard for his reinstatement. During court proceedings the government intervened in support of the position taken by Dr. Hall’s union, an exceedingly rare action within Canada. Respectfully, to the Minister of Education: why did the government choose to intervene in this case?

The Speaker: The hon. Minister of Advanced Education.

Mr. Schmidt: Well, thank you, Mr. Speaker. I appreciate the opportunity that the member has given me to address this issue. The Ministry of Justice did intervene in this case. It had absolutely nothing to do with supporting Dr. Hall’s abhorrent views. It had everything to do with making sure that we followed the proper process, that was a result of the legislation that we brought forward to enhance postsecondary bargaining in this province. The Justice department was keen to make sure that all the parties involved in this dispute were following the proper procedures that were new to this case and to make sure that we didn’t set a dangerous precedent .

Mr. Gotfried: Mr. Speaker, given that B’nai Brith, a respected Jewish human rights organization, reached out to the government during this dispute and warned them that intervening in this case could have the effect of placing a Holocaust denier back in the classroom and given that the government chose to brush off such concerns and intervene, arguing that they needed to do so in order to uphold the academic labour relations structure implemented via Bill 7, introduced this spring, again to the minister: why did the government ignore the concerns of B’nai Brith prior to intervening in this case?

Mr. Schmidt: Well, thank you, Mr. Speaker. Of course, we took B’nai Brith’s concerns very seriously. We find as a government that Dr. Hall’s views on the world are abhorrent and really have no place, poisoning the young minds of the province of Alberta. It was important, though, that we follow the proper procedure in this case so that we don’t set a precedent for dismissing people from our universities improperly. Dr. Hall is under investigation by the University of Lethbridge, and I look forward to seeing the outcomes of that investigation in the very near future.

Mr. Gotfried: Mr. Speaker, given that the judge overseeing court proceedings specifically said that the passing and content of Bill 7 are the reasons he was ruling in favour of Dr. Hall’s union and given that the passing of Bill 7 retroactively strengthened Dr. Hall’s and his union’s position, leading to his reinstatement, thankfully not to a teaching position, again to the minister: were you aware that a situation like this, where a professor is reinstated to an institution that has valid concerns regarding adherence to human rights legislation, could arise as a direct result of the passing of Bill 7?

Mr. Schmidt: Well, Mr. Speaker, I think it’s important for all members to remember that the proper process has been in place. We certainly don’t want people to be dismissed unfairly from any of our postsecondary institutions. We want to make sure that everybody has access to the proper procedures and the proper administration of the law, regardless of how abhorrent their views are. Dr. Hall is under investigation. The proper procedure is being followed in this case. I look forward to the outcome of following the proper procedure.