Côte Saint-Luc, of course, is very dear to the heart of B’nai Brith members.  Full disclosure: I have lived in this community most of my life and have served as a member of City Council for 12 years. We likely have the highest proportion of Jewish citizens per capita next to Israel.

The head office of B’nai Brith in Quebec has been located in Côte Saint-Luc for decades. Regional Director Harvey Levine resides in the community, as do many board members. This is where B’nai Brith House was built nearly 11 years ago, which provides affordable living for seniors. The waiting list is a mile long for one of these 96 units, so much so that construction has begun on a brand new seniors facility, Chateau B’nai Brith, which will offer 126 units. Construction is expected to be completed within the year.

Chateau B'nai Brith was the dream of the late Gerry Weinstein (a resident of Côte Saint-Luc), who sadly did not live to take part in the groundbreaking last November. It will be located right next door to the Côte Saint-Luc Shopping Centre, where the B’nai Brith office is located.

Despite boasting the second-largest Jewish community in Canada after Thornhill, Ont., Côte Saint-Luc has an incredibly low average of antisemitic incidents, particularly compared to other cities in Quebec. It was for this reason that B'nai Brith took the unprecedented initiative of coming to a public Côte Saint-Luc city council meeting alongside B’nai Brith stalwarts Eric Bissell and Ted Greenfield and board member Ronnie Roter. The focus of the meeting was to discuss B'nai Brith's annual Audit of Antisemitic Incidents, and bestow a Certificate of Recognition to the city of Côte Saint-Luc and its Mayor Mitchell Brownstein for its efforts in preventing racism, antisemitism and discrimination.

Levine thanked local police commander Jean O’Malley for his continued assistance, as well as Côte Saint-Luc’s Public Security officers and the Volunteer Citizens on Patrol. “We are a unique community,” Mayor Brownstein said. “And we are so proud to have B’nai Brith House and soon Chateau B’nai Brith, residences that enable many of our seniors to remain in the community and live independently and affordably.”

Later in the week, Levine and Greenfield travelled to Lachute, a town in the southwest of Quebec located 62 kilometres from Montreal. They were there to present to Mayor Carl Peloquin a certificate for his fight against prejudice and hatred, after the City prevented an event celebrating a former Nazi pilot and known Hitler confidant. Leadership figures with the Royal Canadian Legion were also on hand.

The reason behind this award was simple. Back in March, the World Organization Of Women in Aviation (WOAW) chose Hanna Reitch, a known Nazi sympathizer and celebrated female pilot of the  Luftwaffe, to be honoured at a ceremony at the Lachute airfield. In spite of loud protests from B'nai Brith, both the national and local organizing committees of WOAW would not remove her from the program. Mayor Peloquin rose immediately to the occasion and publicly announced he would not tolerate any event in relation to Nazism or extremist movements to take place anywhere in Lachute and would enforce a cancellation unless they removed any mention of Hanna Reitch from the program. They complied. 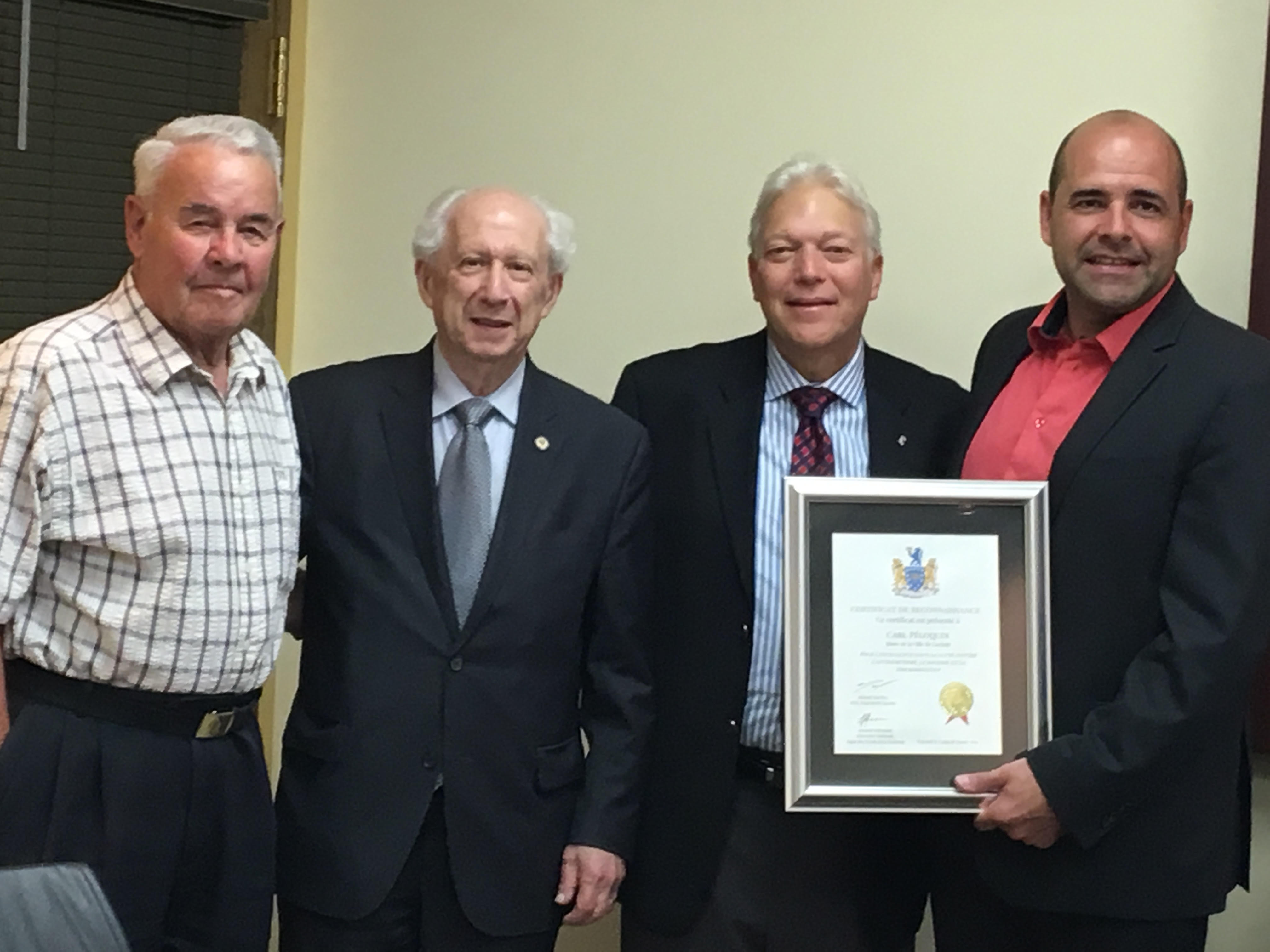 It is important that individuals such as Mayor Peloquin be recognized. In a community where there are no Jews, Mayor Peloquin had the wisdom to take a stand for what is right.