Construction on the residence began the following day, with a projected opening of Spring, 2018.

Ted Greenfield, long-time B’nai Brith Canada activist – former president of both B'nai Brith Canada and B’nai Brith Residences – served as the emcee for the ceremony. He lamented the absence of stalwart Gerry Weinstein, another former B’nai Brith president, who passed away last May. Weinstein is considered the “father” of B’nai Brith House and he worked tirelessly to make Château B’nai Brith a reality. His wife, Lynn, was on hand, who also spoke about her late husband. “Gerry is up there looking down on us with a smile. He’d be so happy,” she said.

“On Nov. 25, 2004,  a similar ceremony was held to start the construction for B’nai Brith House,” Greenfield said. “This one is only three days apart and 12 years in between. The two buildings represent models for affordable housing – a home, a lifestyle, a family environment for seniors. Some are Holocaust survivors; some are frail and elderly; and some are isolated. This was Gerry Weinstein’s wish and there will be no compromise. He said that we have to save those who fall between the cracks.”

Greenfield thanked Eric Bissell, son Marc and their family for the generous $1-million donation they made to the project.

Project manager Noam Schnitzer said the new building will be state of the art, “brighter, with taller ceilings, larger windows and energy efficient.”

Bonnie Feigenbaum, speaking on behalf of Mount Royal Liberal MP Anthony Housefather, who was in Ottawa, put the day into perspective.

Liberal MNA David Birnbaum noted that he has had the pleasure of making a number of visits to B’nai Brith House.

“I can see what the fruits of your labour have been,” he said. “You have changed lives.”

“I am looking to live in a community where we do well,” he said, reacting to comments from Schnitzer regarding the cooperation B’nai Brith received from the city.

Marc Bissell, speaking on behalf of his father Eric, mother Naomi and siblings Brian, Steven and Joanna, said that Chateau B’nai Brith will mean a continuity of trying to serve the senior community.

“My dad started off with B’nai Brith 20 years ago through its golf tournament and went on to raise funds,” Marc said. “I asked him how he did it. He told me how his message was this is not for me, it is for people who need it. He fled Europe in 1943. Montreal has given us more than we could really hope for.”

B’nai Brith Canada CEO Michael Mostyn also was in attendance and spoke about the four affordable housing buildings in Toronto and now a second going up in Montreal.

“They are all very different,” he said. “This one is going to be unique. It is a real lifeline for our seniors.”

A surprise celebrity guest on hand, and seated next to Mostyn, was comedian and impressionist Andre-Philippe Gagnon, who performed at a Chateau B’nai Brith event in the past.

Harvey Levine, Regional Director of B’nai Brith in Quebec, was recognized for his hard work behind the scenes. He in turn, thanked coworker Janna Minikovich and B’nai Brith House director Eileen Katz for their valuable contributions.

A Chateau B’nai Brith brochure notes that seniors now represent nearly 35 per cent of our entire Montreal population – the highest of any community, in any city - in all of Canada. Although many of us have become acutely aware of this fact, what most are not familiar with is that a growing number of our seniors are without the financial means necessary to support their daily needs. Twenty per cent of all our Montreal community members are living below the poverty line - a number that is, most unfortunately, again the highest for any population in the country.

For these individuals, life is very difficult, even more so when they are among the frail and elderly.

With the responsibility of providing essential services being progressively offloaded from governmental institutions onto community organizations, the onus of caring for these individuals in the twilight of their lives, rests with us all. It is for this reason that a new approach to the providing of specialized social services is needed. B’nai Brith has answered this call in conjunction with the generous assistance of all three levels of government.

Recognizing the demand for a more specific support system, one that can cater to the unique needs of our seniors, B’nai Brith has redefined the concept of autonomous senior residences. The goal being to provide the aging population, specifically those who can no longer afford the cost of living, with a communal multi-resident content rich alternative that has been conceptualized specifically for their needs.

This unique concept – aimed at addressing today's community based needs in a manner that will allow for long term relevance – has been designed specifically so as to reduce energy consumption, operating costs and the impact on the environment. The benefits to the individuals residing within and the community at large will be recognized for years to come.

With a focus on meaningful relevant architecture, creative design, the integration of eco-technologies and this reciprocal approach to responsible development, Château B`nai Brith will not only enhance the quality of life for all the seniors it will house, but also enhance the community within which it will be located.

This seven-storey facility centers on the common ground floor pavilion. This bright, airy, glass-walled space will encompass a large entry hall that will double as a spectacular event venue, several multi-function rooms that will allow for the provision of diverse programming such as lectures, theater, games etc., the elevator lobby, and an expansive dining hall.

As the integration of this facility within the surrounding exterior space is of prime importance, mainly so as to increase the accessibility our seniors will have to the outdoors, the dining hall will connect directly with a large terrace garden area at the rear of the property. Moreover, with the height of the windows at this level, the outdoor garden will also form a large part of the indoor experience regardless of the season.

The six residential levels above will house 129 individual apartment units comprised of both one and two bedroom sizes. While these units will provide for all the typical elements of daily life, in a manner quite different from other developments of this type, as noted by Schnitzer the units will have high ceilings and floor to ceiling windows. This unique design element will greatly improve upon the standards applicable to affordable residences. The units will be brighter, more comfortable, more livable, and most importantly, more enjoyable. Following with the concept of increasing the accessibility all residents will have to the outdoors, each unit will provide access to private loggia space. Unlike projected balconies, these mini terraces are recessed within the structure of the building and therefore are more protected, safer and more inviting.

Over and above the architecture and in addition to the long term relevance that this modern sophisticated design will have, the facility will make use of the most durable materials that require the least possible amount of maintenance. With eco based initiatives for the management of energy and the incorporation of supplemental energy compliments the building will change the way affordable residences are developed and how social services will be provided for years to come.

By virtue of the exceptional programming offered, as well as the nourishing meals and ongoing attention to the security and well-being of residents, the atmosphere will be one of family of home and warmth and will enhance the lives of all the seniors it will house. Moreover, this approach will also enhance the entire community by expanding on the foundation for the support, enrichment, and involvement of all our seniors. 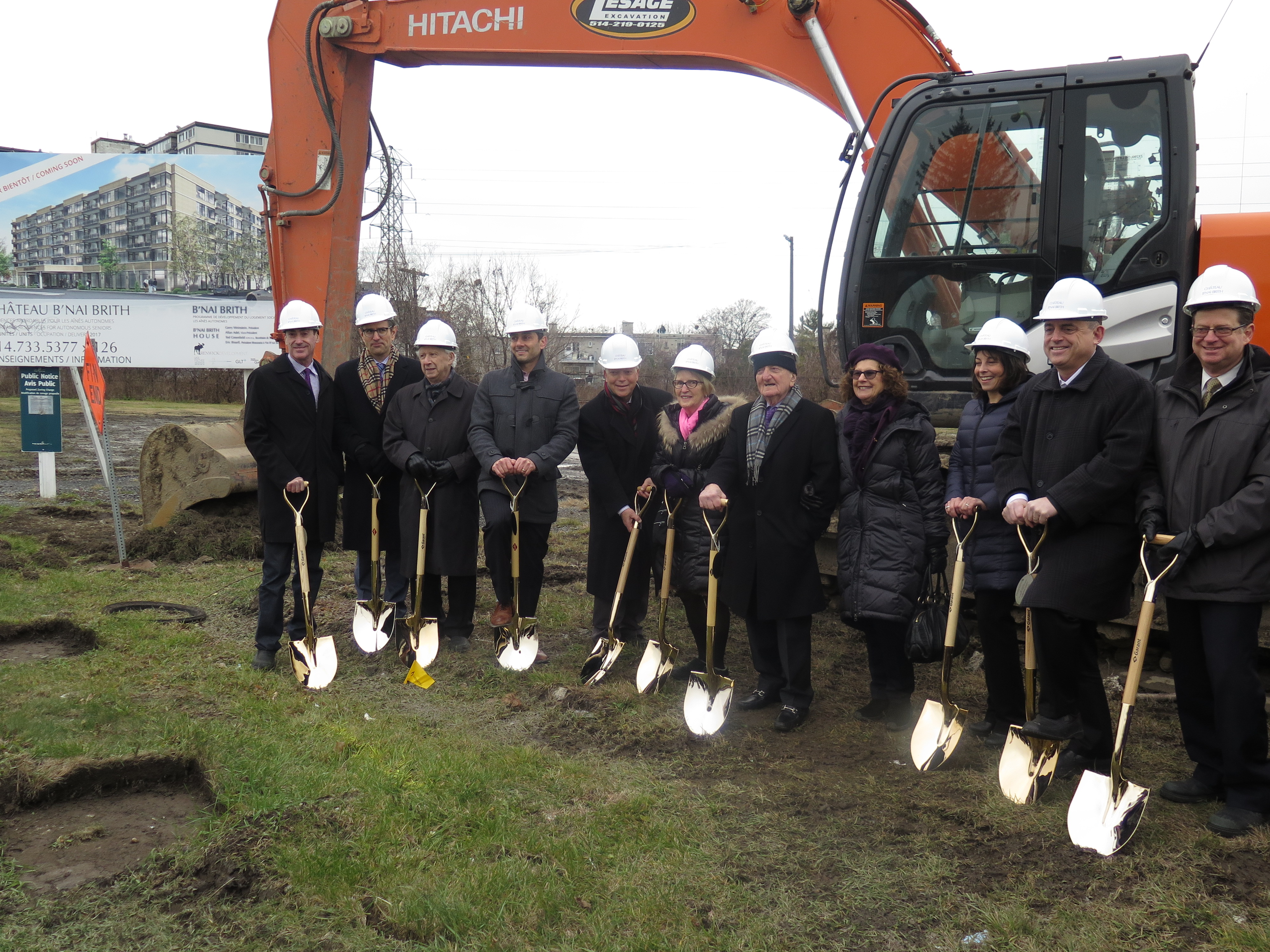