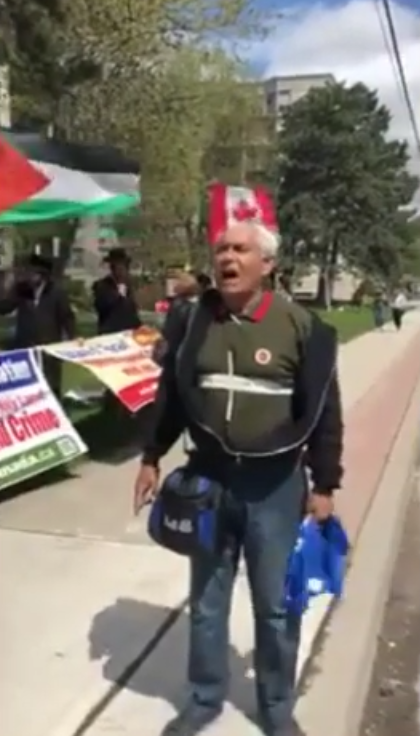 TORONTO – A Toronto man is facing criminal charges after he shouted “Heil Hitler” and accosted participants at a Jewish community event.

On May 20, 2019, Ali Amirsalam was filmed shouting, “Hitler, please come back and kill all the Jews – not 100%, but 90% of them” outside the 2019 Toronto Walk with Israel hosted by the United Jewish Appeal (UJA) in North York, Ont. B’nai Brith Canada filed a complaint with the Toronto Police Service shortly afterward.

Amirsalam also made his own recording of his outburst and uploaded a video of it to Twitter, adding an antisemitic screed demanding that money be taken away from Jews and “be given to the poorer children of G-d.” He also posted a video of an Israeli flag being burned, and called for “No more Israel on the planet earth.”

Amirsalam has been charged with one count each of uttering threats and causing a disturbance, and was released on his own undertaking with conditions.

“These charges send a clear message: that those who threaten Jews and disrupt Jewish community events will face consequences,” said Michael Mostyn, Chief Executive Officer of B’nai Brith Canada. “We thank our friends at Toronto Police Service for their diligence in pursuing this matter.”

B’nai Brith’s 2018 Audit of Antisemitic Incidents found that total cases of anti-Jewish violence, vandalism and harassment increased from 1,752 in 2017 to a new high of 2,041 last year. Statistics Canada recently confirmed that Jews were the most targeted group in the country for hate crimes in each year from 2016 to 2018.