Canadian Jews Most Targeted Group for Third Year in a Row 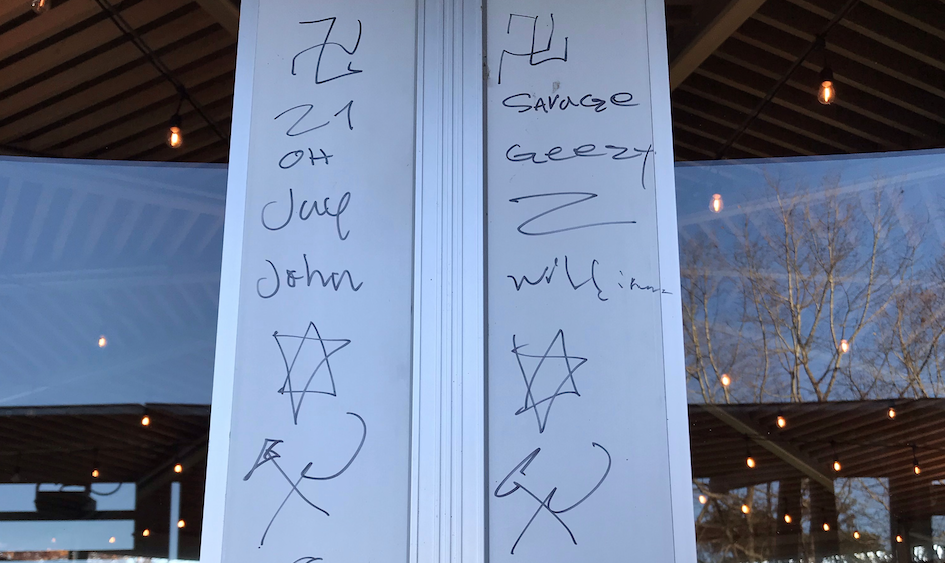 OTTAWA – Data released by Statistics Canada today has revealed that Canadian Jews were the most targeted group for hate crimes in 2018, a trend continuing from the previous two years.

In response, B’nai Brith continues to urge government bodies to implement measures in the organization’s Eight-Point Plan to Tackle Antisemitism.

“Today’s figures released by StatsCan demonstrate that antisemitic hate crimes remain an urgent concern, with one occurring almost every day of the year on average,” said Michael Mostyn, Chief Executive Officer of B’nai Brith Canada. “That is why we urge federal, provincial and municipal governments across the country to take serious steps to combat antisemitism, such as adopting the International Holocaust Remembrance Alliance (IHRA) Working Definition of Antisemitism for greater clarity.”

According to StatsCan, hate crimes in Canada overall declined by 13% in 2018, although they remained at their second-highest level since 2009. After Jews, the most targeted group in 2018 were Blacks with 283 reported hate crimes, followed by hate crimes targeting Muslims and people based on their sexual orientation with 173 each.

This latest StatsCan report is also consistent with B’nai Brith’s 2018 Audit of Antisemitic Incidents. The Audit found an overall increase in the number of incidents in 2018, but a slight decrease in cases of vandalism and violence, which are more likely to be recorded by police as hate crimes than cases of harassment. 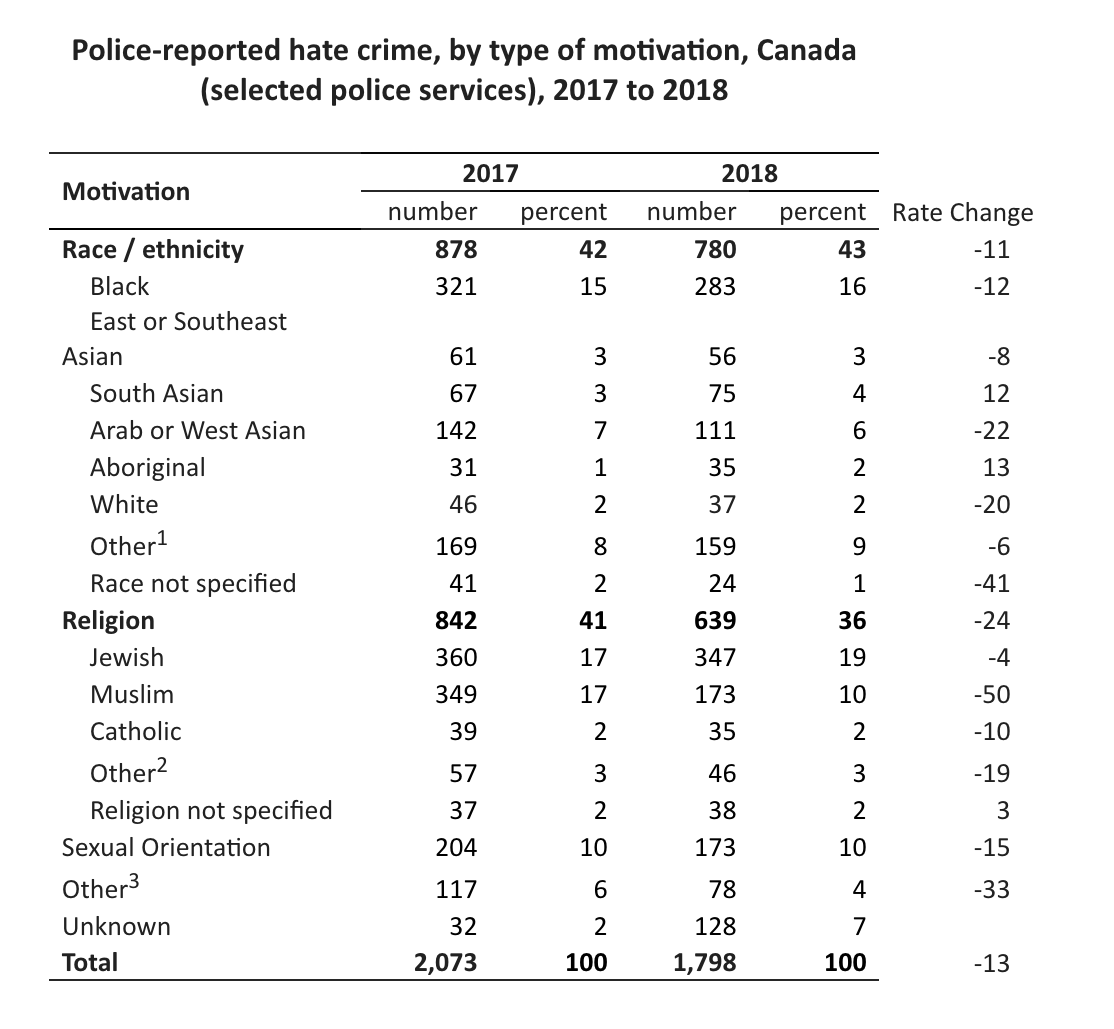