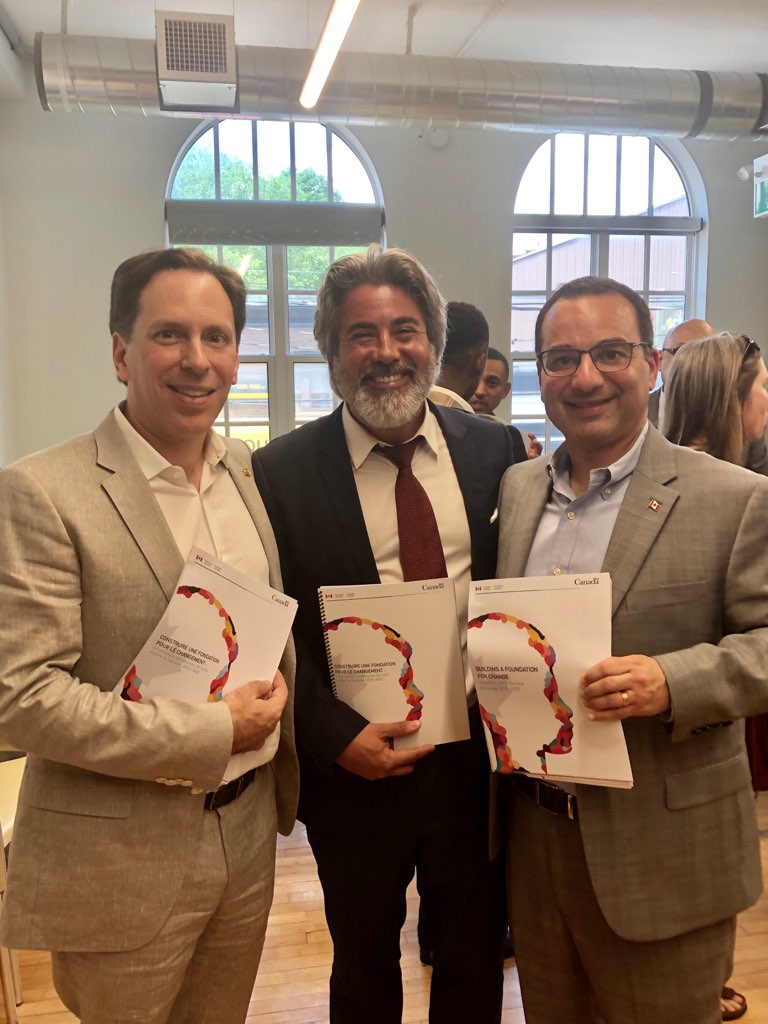 We will be looking for concrete actions, however, to give its implementation substance and meaning. B’nai Brith will be writing to Rodriguez and his colleagues to reiterate our specific ideas on how that can be done.

This adoption of the IHRA working definition is a step in the right direction and something that has long been advocated by B'nai Brith as necessary in identifying and, ultimately, combating antisemitism.

“Racism is real," said B'nai Brith CEO Michael Mostyn, who attended Rodriguez's announcement. "We welcome this new government initiative to combat racism in our society. B’nai Brith has long advocated that it is essential for our federal government to adopt the IHRA definition of antisemitism. We can't effectively combat antisemitism if we don't have a proper definition that explains it in all of its myriad forms."

Canada, while an important member of IHRA, had not formally adopted the working definition for domestic purposes, although it had expressed strong support for the definition.

Using this definition would bring Canada in line with decisions by other jurisdictions around the world and international and intergovernmental bodies such as the EU Parliament and the Organization of American States. Adoption of the definition would also be consistent with the Ottawa Protocol for Combating Antisemitism, an international declaration of Parliamentarians who met in Canada in 2010.

The IHRA definition is already used in the Annual Audit of Antisemitic Incidents, produced by B'nai Brith's advocacy arm, The League for Human Rights. The Audit has just been cited once again by the U.S. State Department in its annual Report on International Religious Freedom. As an illustration of B’nai Brith’s commitment to IHRA and its work, it supports a member of Canada’s delegation to IHRA plenary meetings. B’nai Brith’s current representative on Canada’s delegation is renowned lawyer and Order of Canada recipient David Matas.