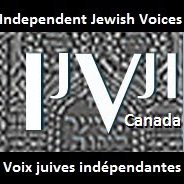 As reported by CIJNews Wednesday, “Independent Jewish Voices” (IJV) has admitted to posting an article on social media that promotes Holocaust denial, but claims it was all unintentional. The article in question was published by Veterans Today, a white supremacist website.

IJV has since doctored its original statement, which was issued in response to Tuesday’s B’nai Brith Canada Investigation revealing that IJV has a history of engaging with Veterans Today.