SIGN OUR PETITION: End al-Quds Day and Fine its Organizers 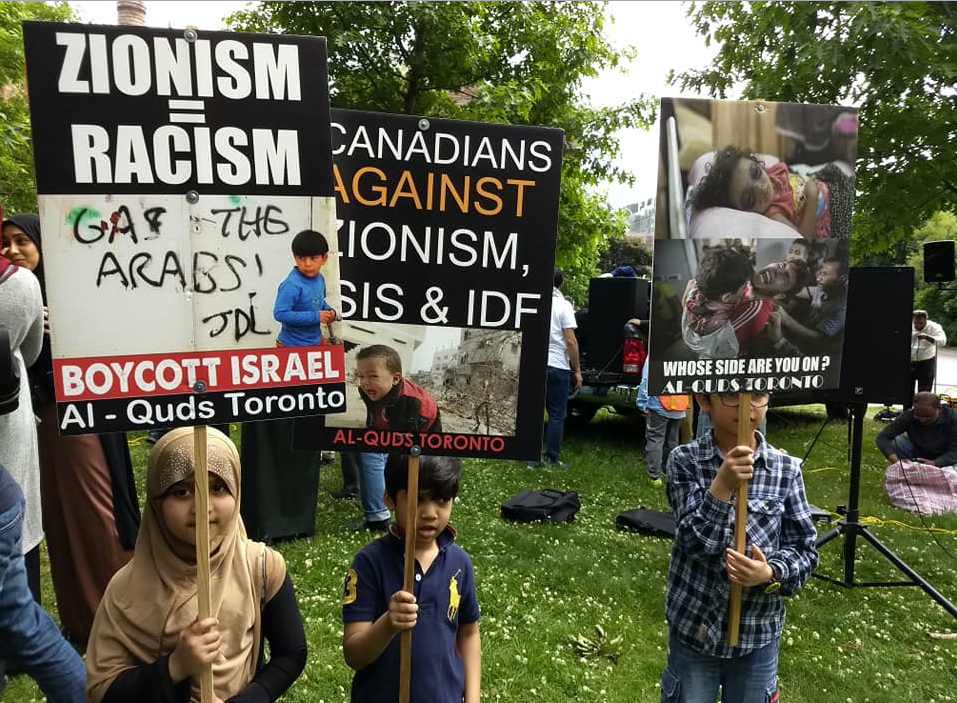 TORONTO – Jews must be “dismantled.” Israelis should be “shot,” “run over” and “eradicated.”

These are just some of the hateful, inflammatory remarks that we have heard at Toronto al-Quds Day rallies in the past few years.

On Friday, Toronto Mayor John Tory said, “Any kind of hate speech or discrimination has no place in our city.” Ontario Premier-elect Doug Ford has pledged that “Al-Quds Day, which calls for the killing of an entire civilian population in Israel, [will] no longer [be] part of the landscape in Ontario.”

On May 18, B’nai Brith wrote to the Mayor and City Solicitor, warning them that this year’s al-Quds Day rally would feature hateful rhetoric that violates the Criminal Code and/or city policy.

“Enough is enough,” said Michael Mostyn, Chief Executive Officer of B’nai Brith Canada. “The city of Toronto must stop rolling out the red carpet for hatemongers who threaten Jews and Israelis in our streets.

Year after year, the annual #AlQudsDay rally is an open display of vulgar hatred and discrimination. It is a stain on the city of Toronto and on cities around the world that allow it to take place. #onpoli https://t.co/kQItLf9PRp

“We know the city has the power to ban or restrict public gatherings, since it has done so before. It’s high time for City Hall to get tough on hatemongers and supporters of terrorism.”

To help us banish bigotry and antisemitism from our streets, please sign our petition.