A walkout during the semi-annual General Meeting of the Ryerson Student Union (RSU), which blocked a Holocaust education motion at the university on Nov. 29, 2016, was orchestrated by student union president Obaid Ullah Babar, B’nai Brith Canada has learned.

Screenshots of conversations between RSU executive members on the night of the meeting showing that they coordinated the walkout were published yesterday by the Eyeopener, Ryerson’s student newspaper. After the incident sparked media scrutiny and allegations of antisemitism, Babar feigned support for the Holocaust education motion and called the incident “disturbing.” In a statement posted to Facebook last night, however, Babar admitted to organizing the walkout, but claimed that it was a bid “to keep the room united” rather than to obstruct the motion.

Another screenshot of conversations between RSU members on the night of the meeting reveals that Vice-President for Equity Tamara Jones stated that “the next person in line is a Zionist,” labelling that student as “really problematic.”

“This is a despicable betrayal of Ryerson’s Jewish community,” said Aedan O’Connor, a Jewish student at Ryerson. “Antisemitism is not a fringe phenomenon at Ryerson, but has infected even the highest levels of the student government.” 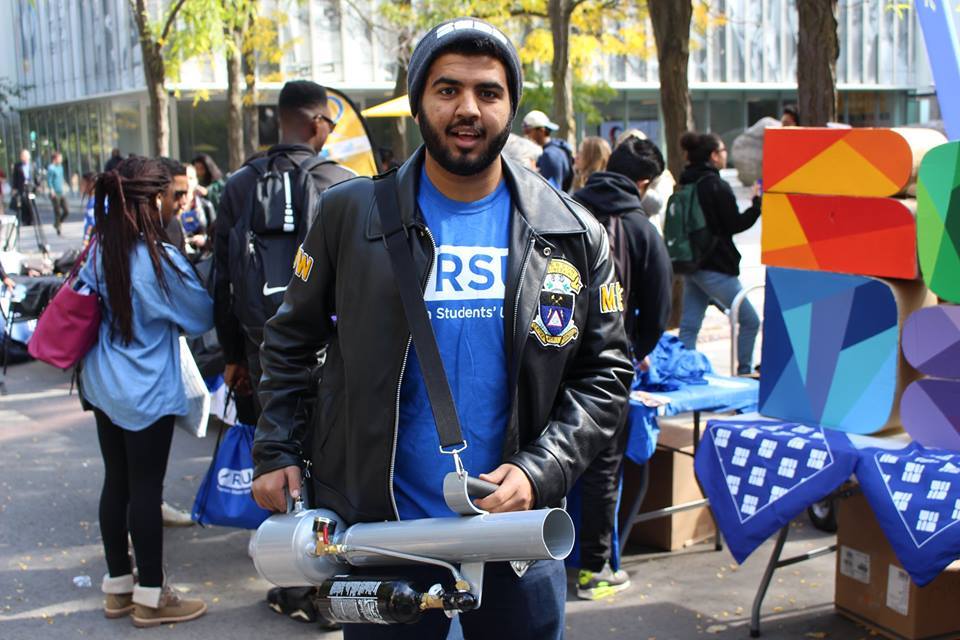 “Mr. Babar should resign immediately, and the Ryerson administration must denounce his behaviour,” said Amanda Hohmann, National Director of B’nai Brith Canada’s League for Human Rights. “This motion was about Holocaust education, plain and simple. There was no legitimate reason to oppose it, or to prematurely end the meeting in order to avoid discussing it.

“It’s also extremely problematic that Mr. Babar gave a false account of the walkout for almost three months, suddenly changing his story when evidence of his true actions emerged. These are not the actions of someone who should be in a leadership position within student government.”

The Ryerson Students’ Union (RSU) eventually adopted the Holocaust education motion at a board meeting on Dec. 19, 2016.