A motion to commemorate Holocaust Education Week failed at the semi-annual General Meeting of the Ryerson Student Union (RSU) on Tuesday night, after students opposed to the motion staged a walk-out that caused the meeting to lose quorum.

The motion in question, submitted by a member of Hillel Ryerson, would have committed the RSU to offering annual Holocaust education programs to emphasize “the value of pluralism and the acceptance of diversity.”

Ryerson student Aedan O’Connor, who attended the meeting, told B’nai Brith Canada that Jewish students promoting the Holocaust education motion were mocked by their non-Jewish peers, and that the walk-out was a premeditated tactic organized by local members of Students for Justice in Palestine and the Muslim Students Association. She and other students have since gone to social media to condemn the walk-out. 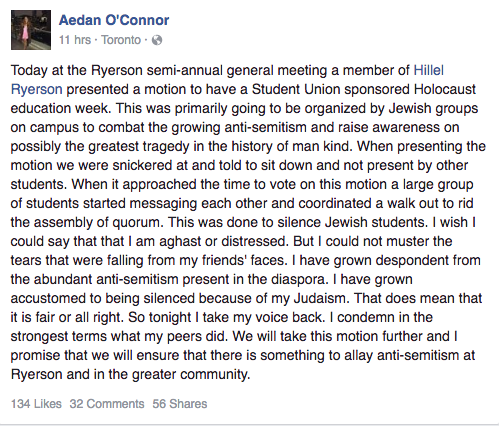 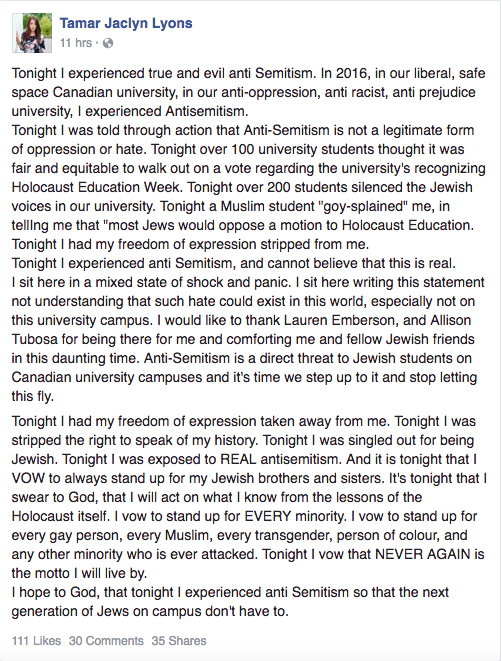 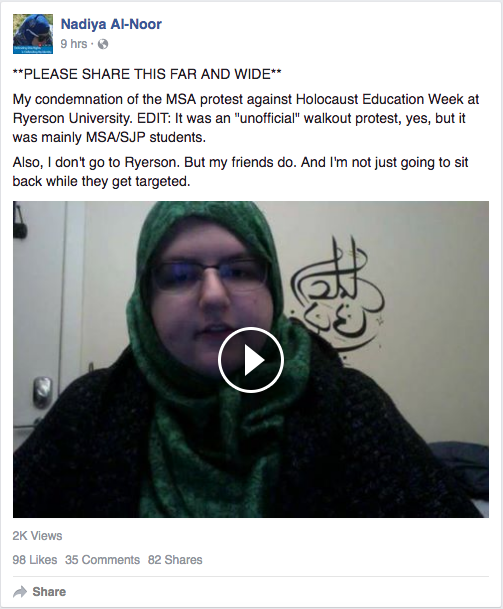 Students for Justice in Palestine also put out a call to its members to attend the meeting, despite the fact the motion had nothing to do with Israel.

“This outrageous incident is emblematic of the kind of antisemitism and anti-Jewish sentiment that is rampant on Ontario campuses,” said Amanda Hohmann, National Director of B’nai Brith’s League for Human Rights. “Jewish students need action, not just words, from the Government of Ontario, as much of this bigotry is funded by taxpayer dollars.”

The RSU endorsed the boycott, divestment and sanctions (BDS) campaign against Israel at a similar meeting in April of 2014. Jewish students were belittled and made to feel uncomfortable at that meeting as well. Then, in October, 2015, graffiti in a Ryerson washroom called for Jews and Israel to “burn in hell.”

“As we can see from this saga, as well as similar events recently at York University and Concordia University, what starts with BDS does not end with BDS,” added Hohmann. “More often than not, BDS is simply a gateway drug to more blatant forms of antisemitism.”