MONTREAL – With former federal NDP leader Thomas Mulcair planning to vacate his seat in the riding of Outremont after the spring session of Parliament, the logical favourite to carry the Liberal banner in a by-election already has a huge head start over any potential competitors.

“I think everyone knows I plan to run for the Liberals,” Rachel Bendayan told me over coffee. “My campaign has already begun.”

If elected, Bendayan, 38, would become the second Jewish Member of Parliament in Quebec, joining Mount Royal MP Anthony Housefather. “I think that would be great news for the Jewish community,” she acknowledged.  “Outremont is a vibrant multicultural riding and I have gotten to know the people there very well over the past number of years.”

Bendayan was the Liberal candidate in 2015 in a David vs. Goliath battle against Mulcair, who received 44.1 per cent of the vote, while she scored an impressive 33.5 per cent. A lawyer by profession, Bendayan had taken a full year off of her practice to campaign and insists she has not stopped since. The Liberals recognized her talents and she was named Chief of Staff to Small Business and Tourism Minister Bardish Chagger.

Bendayan has a team of 100 volunteers already on the ground, making calls and assisting with door-to-door campaigning. She does not expect the nomination to be handed to her and is prepared to compete for the coveted opportunity to run in what was once a Liberal stronghold.

Outremont riding president David Marshall is among those expected to throw their hat in the ring. Mulcair has said he will work with the NDP candidate, but at this time there are no solid leads on whom that might be.

“I worked hard in the 2015 election,” Bendayan said. “The one-year sabbatical from my law firm was well worth it as I became closer to the voters. So many of my colleagues thought I was crazy. Right now I am hearing good things from the people I meet. They believe that the policies we have are working for Canada.” 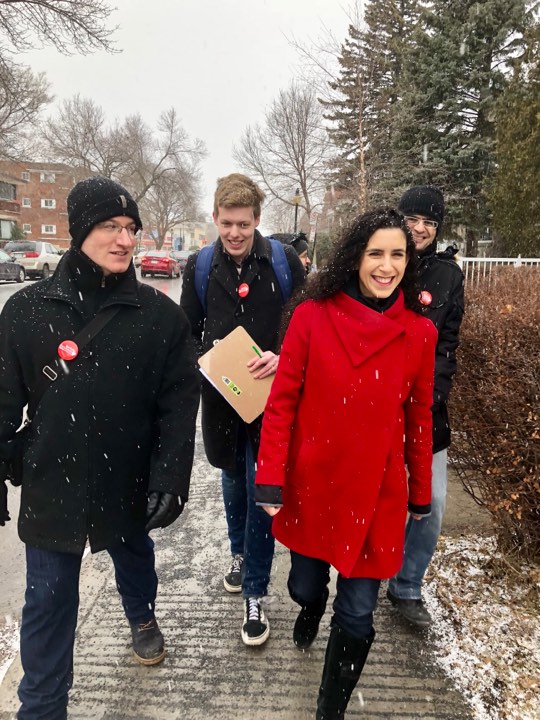 Bendayan is on maternity leave from her Chief of Staff post, having given birth to baby girl Ellie eight months ago. She lives in the heart of the Outremont riding and credits her husband, businessman Daniel Hofmann, with completely supporting her career goals. The couple met when she was the president of the B’nai Brith Youth Organization (BBYO). She is about to join the committee organizing the Israeli Film Festival in Montreal and looks forward to working with organizations like B’nai Brith Canada on issues of mutual concern, she says.

Outremont has been a hotbed for acts of intolerance for years, but Bendayan believes that is changing. For one thing, new Mayor Philipe Tomlinson reached out to local rabbis for a meeting one week after being elected. He is part of Projet Montréal, whose leader Valerie Plante is now the mayor of Montreal. Among his councillors is Mindy Pollak, who made headlines in 2013 when she became the first Hassidic woman elected to office in Montreal.

“On the occasion of Chanukah I was invited to the home of a prominent Hassidic leader,” said Bendayan. “He had also invited people from all walks of life in the riding, the likes of which we had not previously seen. I think it was a turning point and now efforts are being made for everyone to understand each other. I hope as the MP for this riding that I can play a role in bringing people together.”

Ironically, only a few hours after my meeting with Bendayan, a small group of protesters attended a borough council meeting wearing yellow pins. They claimed it was a symbol to speak out against the use of year-round school buses by the Hassidic community. Bendayan immediately contacted me, agreeing that these badges closely resembled those that Jews were forced to wear during the Holocaust.

“We have come a long way as a community in Outremont, making huge strides in living together in respect and understanding of our diversity,” said Bendayan, noting that she was horrified to learn that, in spite of this, there are those still trying to divide the community with hate. “We can and should debate the issue of traffic and congestion in public council meetings. We can and should discuss how best to live together as a community. But there is no room in Outremont, or anywhere in Canada, for symbols that evoke hatred, violence or genocide against any religion, any ethnicity or any group, ever.” 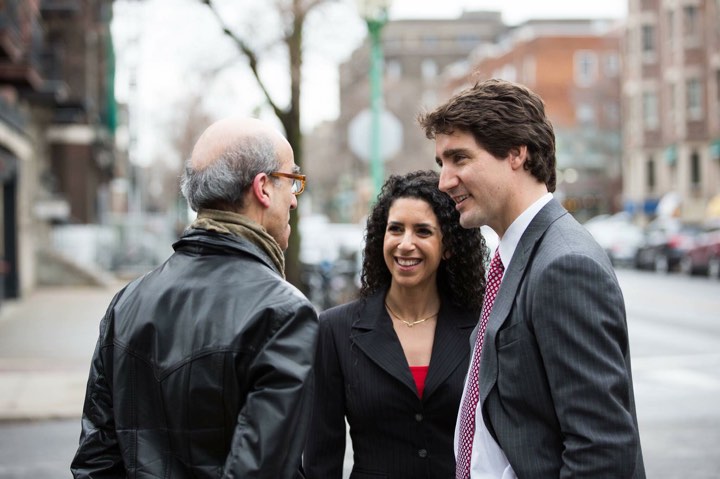 Bendayan has been involved with the Liberals since her days as a law student at McGill University. She is now looking forward to the party’s national convention from April 19 to 21 in Halifax, where she is supporting Suzanne Cowan for the presidency.

Mulcair captured Outremont in a 2007 by-election, giving the NDP only their second seat in Quebec at the time. He then proceeded to lead the dramatic NDP Orange Wave in 2011 as the party virtually swept Quebec. When leader Jack Layton died only a few months later,  Mulcair was elected leader.