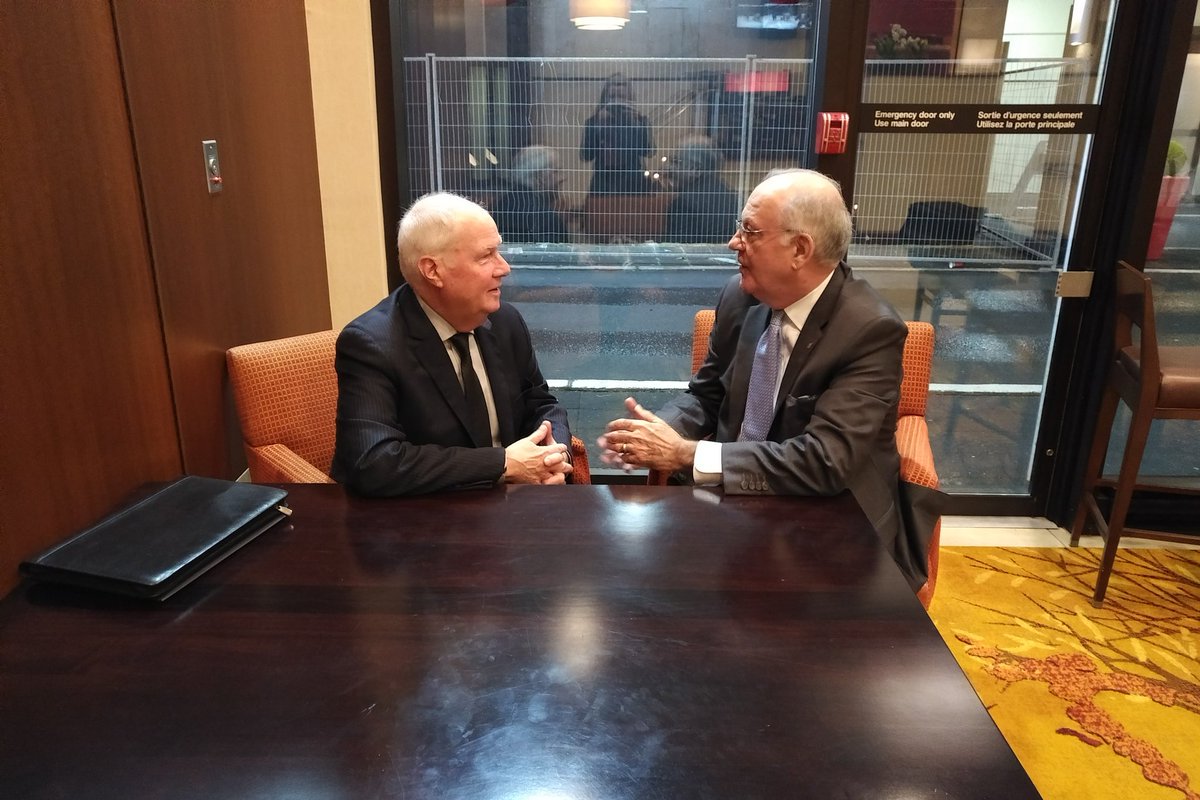 OTTAWA – The Organization for Security and Co-operation in Europe (OSCE), the world's largest security-oriented intergovernmental organization, published a review of work on antisemitism in Canada last week, citing several recommendations from B’nai Brith Canada, and resources such as the Annual Audit of Antisemitic Incidents.

The report summarizes the findings of Rabbi Andrew Baker, the OSCE Chair’s Personal Representative on Combating Antisemitism, who visited Canada in October 2018, during which he met representatives from our organization in Montreal and Ottawa.

From Ottawa to Montreal, B'nai Brith Canada's GR Director @BrianHerman14 and #Quebec Director Harvey Levine were proud to meet with Rabbi Andrew Baker of the @OSCE this week to discuss how to combat #antisemitism on campus, #Holocaust denial, #hatecrimes & other issues. #cdnpoli pic.twitter.com/S8wEAZFRte

In our consultations with Rabbi Baker, we reiterated the need for a national effort involving all levels of government to implement measures in our Eight-Point Plan to Tackle Antisemitism.

Rabbi Baker speaks to several of these measures in his report, recommending that:

B’nai Brith has consistently called for the adoption of a national action plan to combat antisemitism, as has been implemented in countries such as Norway and France, in recognition that adequate resources must be offered to strategically combat the phenomenon of antisemitism.  We have also called for a focused ‘anti-hate’ strategy in our work with Canadian Heritage to confront racism.

“It was a privilege to consult with Rabbi Baker during his official visit to Canada, compare perceptions, offer suggestions on how to curb the spread of antisemitism here, and communicate our key objectives as an organization,” said Brian Herman, Director of Government Relations for B’nai Brith Canada. “These include emphasizing that antisemitism, hate crimes and hate speech are public safety issues, and that federal, provincial/territorial and municipal action to combat racism requires a focus that captures effective action to combat religious discrimination and antisemitism.”

B’nai Brith Canada provided a written submission to Rabbi Baker with its views. To read it in its entirety, click here. To read our policy paper on the need for a Canadian anti-hate strategy, click here.

Brian Herman Eight-Point Plan to Tackle Antisemitism OSCE Rabbi Andrew Baker
Published : Apr 19, 2019
Do you like this post?
Tweet
Have you experienced antisemitism, racism or discrimination? Report an Incident