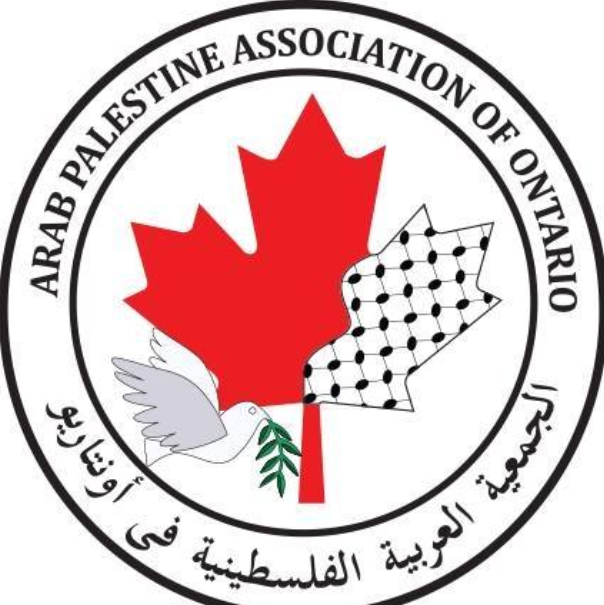 The logo of the Arab Palestine Association of Ontario (Facebook)

February 7, 2020
B'nai Brith Canada
TORONTO – Officials just west of Toronto have belatedly admitted that city policy was breached at an event held by a Palestinian group at a local community centre.

On Feb. 2, the Arab Palestine Association of Ontario (APAO) held an event at the Mississauga Valley Community Centre to celebrate “the 55th Anniversary of the Launch of the Palestinian Revolution.” Loyalists of Fatah, a Palestinian political party, mark this event annually in recognition of a 1965 attempt to destroy Israel’s National Water Carrier — the first major terror attack staged by Fatah. APAO operates de facto as the Canadian branch of Fatah.

B’nai Brith Canada warned Mississauga officials that an event glorifying a terrorist attack would breach the Use of City Facilities Policy, which bars the promotion of violence or hatred, and requires that “In light of generally acceptable, prevailing community standards, the event is not likely to cause deep or widespread offence.”

The City allowed the event to proceed anyways despite its troubling nature and despite the fact that, less than two months prior, APAO had hosted another event in Mississauga in which young children danced to songs celebrating “jihad” and calling on them to “pull the trigger” in order to combat the “despicable ones.”

After the event, APAO posted photos showing that it decorated the venue with a poster lauding a “List of the oldest detainees jailed before Oslo Accord (sic).” Most of the detainees pictured are imprisoned for brutal terrorist attacks, such as Muhammad and Abd al-Jawad Shamasneh, who murdered two Jewish teenagers and a taxi driver in 1990, and Diya al-Faluji, who beat a Jewish man to death with a shovel in the Gaza Strip in 1992.

“While we appreciate this belated acknowledgment of our concerns, this event should never have proceeded in the first place,” said Michael Mostyn, Chief Executive Officer of B’nai Brith Canada. “In this time of rising antisemitism, no city in Canada should be renting out its space for an event that deems antisemitic murderers worthy of praise or sympathy.

“We demand that the City of Mississauga cease renting space to the APAO and any other groups intending to use public facilities to celebrate violence.”

This is not the first time that B’nai Brith has been forced to combat antisemitism and glorification on public property in Mississauga. In 2017, B’nai Brith exposed a series of rallies at Celebration Square, right outside City Hall, in which demonstrators threatened Jews and encouraged youth to join the “martyr” who “has sacrificed his blood.”

antisemitism terrorism mississauga APAO Mississauga Valley Community Centre
Published : Feb 07, 2020
Do you like this post?
Tweet
Have you experienced antisemitism, racism or discrimination? Report an Incident