Better known as the Three Amigos Summit, this event brings the three leaders together to discuss a host of regional issues such as cross-border trade, the environment, and security. 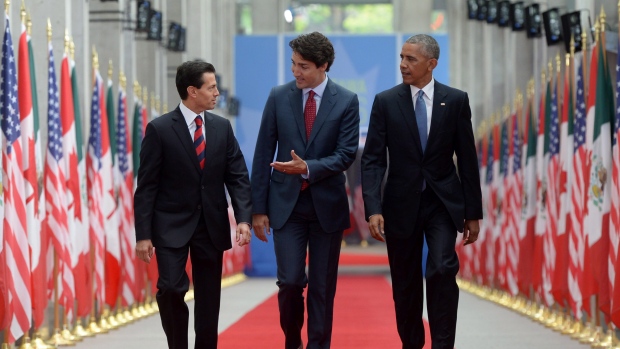 According to media reports, this year’s summit is expected to focus on climate-change and clean energy investment, where all three countries will pledge to reduce methane emissions and increase sustainable energy production.

President Obama is also expected to highlight the importance of peacekeeping, which Prime Minister Trudeau vowed to re-engage with, in contrast to Prime Minister Harper’s more active military focus. The Three Amigos are then expected to issue a joint statement calling for greater protection of LGBTQ rights in North America.

The summit will culminate with President Obama addressing Parliament.