Booklet of Holocaust Victim’s Letters Profiled by the Nizkor Project 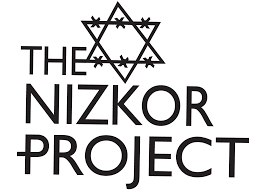 OTTAWA – The Nizkor Project – a website dedicated to countering Holocaust denial – is proud to highlight Hilda Dajč , a Holocaust victim whose letters describing the horrors of the concentration camp were turned into a celebrated comic.

A wrenching account of the misery and deprivation inflicted on Serbian Jews by the Nazi regime, Hilda’s letters were smuggled out by Jewish nursing staff and turned into short comic strips by Serbian cartoonist, Aleksandar Zograf. Distributed widely in Serbia, and published in a major publication in Italy, the booklet was included in the archival library of Yad Vashem in Jerusalem in 2018 and has, so far, been translated into the Japanese, German and French languages.

The entire series can now be seen in their entirety on the Nizkor website.

In her last letter before her death in the camp, Hilda describes the hellish environment of the concentration camps in devastating terms: “All philosophizing ends at the barbed wire fence and this reality, which far away on the other side, you can’t even imagine or else you would howl with pain, faces one in its totality. The reality is unsurpassable; our immense misery; every phrase describing the strength of the soul is dispersed by tears of hunger and cold.”

Zograf’s booklet reminds us of the unimaginable barbarity of the Nazi concentration camps and that the Holocaust is not a story that ended with the death of victims, such as Hilda. By reproducing Hilda’s letters in a graphic form, Zograf has ensured her words will reverberate through time and the horrors of the Holocaust will never be forgotten. The Nizkor Project is proud to be part of that effort.

CLICK HERE to read the booklet, at the bottom of the page

Aleksandar Zograf is one of the most prominent international graphic journalists. His comic of Hilda’s letters was featured in his most recent book “The Notebook of Radoslav and other World War II stories”. Other publications in which it is featured include:

The website was gifted to B’nai Brith Canada many years ago. Because of its archaic web format, it has taken a tremendous amount of work to revamp and finally make it accessible again.