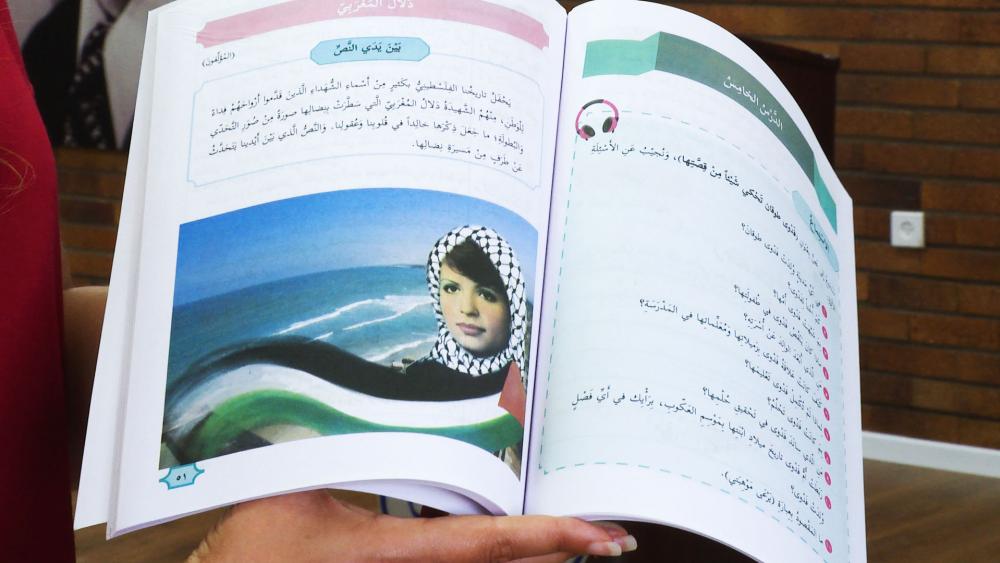 WASHINGTON, D.C. – A new report by the U.S. Government Accountability Office (GAO) accuses the U.S. State Department of misleading Congress over recent years regarding actions by the United Nations Relief and Works Agency (UNRWA) over the distribution of textbooks that promote Palestinian violence against Israel, evidence that has long been documented.

UNRWA was established by the UN General Assembly in 1949 to assist Arabs who became refugees during Israel’s War of Independence the previous year.

For months, the GAO blocked the report’s release due to the State Department requesting it be classified.

JNS (The Jewish News Syndicate) filed a Freedom of Information Act request in December for a copy of the 65-page report titled “West Bank and Gaza: State Monitors Textbook Content but Should Improve Its Reporting to Congress GAO-18-227C,” but was unsuccessful.

In a letter to JNS, the GAO Chief Quality Officer Timothy Bowling said: “As an agency responsible to the Congress, GAO is not subject to the Freedom of Information Act. However, GAO’s disclosure policy follows the spirit of the act consistent with GAO’s duties and functions as an agency with primary responsibility to the Congress.”

Bowling added that the GAO does not have the legal authority to declassify material.

However, the GAO report was released this week after Reps. Lee Zeldin (R-N.Y.) and Scott Perry (R-Pa.) requested in August for its declassification.

According to the report, while the State Department submitted its required reports to Congress, in accordance with annual appropriations acts for fiscal years 2015 through 2017, it “included inaccurate information in all three reports.”

“In its 2017 report, State noted incorrectly that UNRWA had completed training teachers and distributed complementary teaching materials to address textbook content that UNRWA deemed as not complying with UN values,” it continued. “In all three of the reports, State omitted information concerning whether UNRWA found that any educational materials used in its schools do not comply with two of four elements, dignity and not inducing incitement.”

In a joint statement, Zeldin and Perry hailed the report’s declassification and release, emphasizing the adverse nature behind content distributed by UNRWA, which the U.S. administration slashed all U.S. funding to last August.

“The declassification of the UNRWA textbook report proves to the American people what we have known all along: the UNRWA textbook initiative is a sham,” said Zeldin. “Supplementary material purchased using U.S. tax dollars to counter the antisemitic and anti-Israel bias injected by the P.A., is being rejected and not utilized on the ground.

Zeldin added: “We must ensure funding for UNRWA remains frozen while this and other important issues remain uncorrected, and, going forward, employ greater, accurate oversight and accountability internally within the State Department as well as over these foreign assistance programs ensuring those utilizing U.S. funding are aligned with our nation’s values.”

Perry echoed Zeldin: “The declassification of this report is a win for government transparency and the American public. The UNRWA textbook report sheds light on how misreporting from the Department of State directly interfered with the ability of the U.S. Congress to conduct its constitutionally vested oversight.”

“The failures of the State Department and UNRWA allowed systematic antisemitic and anti-Israel ideas to flourish in UNRWA schools in the West Bank and Gaza,” continued Perry. “The harsh reality is that the American taxpayers were unknowingly funding this systematic hatred because key information was withheld from the American public, including my constituents.”

‘This problem is not just confined to textbooks’

“Incitement in Palestinian textbooks for too long has been minimized and not only in this report,” said B’nai B’rith International CEO Dan Mariaschin to JNS. “Raising generations of Palestinians to hate Israel and to hate Jews only prolongs any possible resolution of the conflict. This problem is not just confined to textbooks. Incitement in Palestinian media and in statements by public figures adds fuel to this fire.”

“After years of trying, we are deeply grateful to chairman [Risch] and to congressman [Zeldin] for getting the State Department report on the UNRWA textbooks in the schools declassified and released,” Sarah Stern, founder and president of the Endowment for Middle East Truth (EMET), said.

“The report reveals that UNRWA has not been sowing the seeds for peace within the population, as is their mandate, but in reality, is doing quite the opposite,” she continued. “We will never have peace as long as our institutions, which carry the gravitas and imprimatur of the United Nations continue to educate young hearts and minds towards hatred of the Jew, the Christian and the Israeli. Unfortunately, UNRWA, which should be part of the solution, is part of the problem.”

“It has long been a problem that the State Department sanitizes the actions of the Palestinian Authority,” Zionist Organization of America president Mort Klein told JNS. “During the years of the Oslo process, it made a political decision to ignore or avoid confirming Palestinian Authority violations of Oslo agreements.”

“Here, we have it accepting UNRWA declarations at face value, without proper departmental investigation. The reason is the same: to sanitize the P.A. so that the P.A. can be shown to be a supposedly genuine peace partner,” he continued. “This is a politicized fiction and its long past time something was done about it. The State Department’s job is to ascertain and report the reality, not to bend and distort it for political reasons.”

“This is yet another disturbing example of UNRWA’s corruption, which harms Israelis and Palestinians alike. They not only allow violent and racist indoctrination in their schools, but lie about it in order to preserve their sources of funding,” Roz Rothstein, CEO of StandWithUs, told JNS. “The UN, State Department and Congress must not allow UNRWA to continue supplying false information and perpetuating this unjust, decades-long conflict.”