Combatting Antisemitism – From Charlevoix to Biarritz 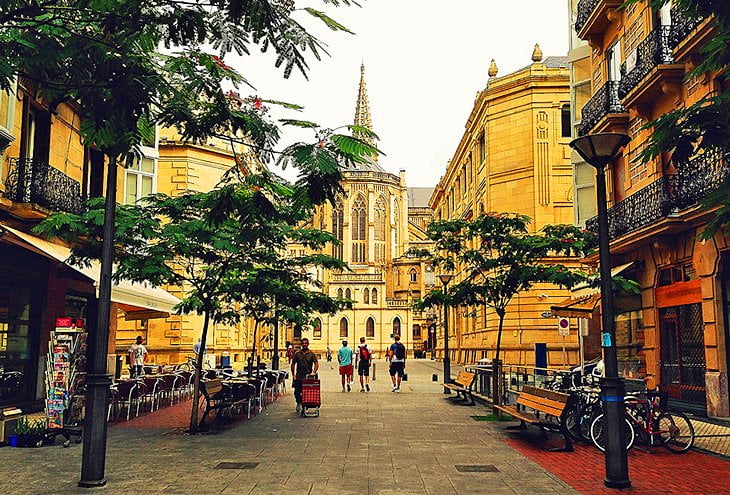 OTTAWA – B’nai Brith Canada is this country’s oldest national Jewish organization, founded in 1875, with a long history of defending the human rights of Canadian Jews, and all Canadians regardless of religious affiliation. We advocate for the interests of the grassroots Jewish community in Canada and for their rights such as freedom of conscience and religion.

B’nai Brith addresses the twin challenges of antisemitism and hate speech, and hate crimes, linking them to the broader threat of discrimination and human rights, a universal issue that affects all Canadians and individuals everywhere.

In March, 2018, prior to the G7 Summit in Charlevoix, we offered a set of proposals on the need for leaders to take action in combating antisemitism. Since then, several key developments have underscored the growing scourge of antisemitism and the importance of action. For the Biarritz Summit, we return to our original ideas.

We interpret broadly the concept ‘fighting inequality’ – one of France’s major G7 priorities. We believe that antisemitism, hate speech and hate crimes, and religious discrimination, threaten the capacity of all religious groups to feel welcome and equal in our societies.

Governments bear the primary responsibility for ensuring the safety, security and equal rights of all their citizens. Jewish communities deserve no less than their neighbours. Together with NGOs and civic leaders, G7 governments can mobilize the public to reject antisemitic hatred, whether it comes from hate groups or political parties, and to encourage the use of instruments and best practices to combat discrimination and promote pluralism.

Action to combat antisemitism would fit naturally with another of France’s priority themes, security and counter-terrorism. Modern forms of antisemitism can be regarded as the canary in the coal mine – signalling attacks on pluralism and democracy. Warnings are already present, in Europe, North America, and elsewhere.

The European Union Agency for Fundamental Rights (FRA) published its major “Experiences and Perceptions of Antisemitism – Second Survey on Discrimination and Hate Crimes Against Jews in the EU” in late 2018. Worryingly, the FRA survey concluded that:

• Antisemitic harassment is so common that it becomes normalized.

These conclusions compel the G7 to act, drawing on the 2018 statement of the European Commission that:

“It is essential that we combat this scourge forcefully and collectively. The Jewish community must feel safe and at home in Europe. If we cannot achieve this, Europe ceases to be Europe.”

The challenge is no less urgent at home Canada is not immune to the global rise of antisemitism. According to B’nai Brith Canada’s most recent Audit of Antisemitic Incidents in Canada, 2018 marked the first year since the Audit began recording incidents in 1982 that the rate of incidents not only increased for a third straight year in a row, but exceeded over 2,000 incidents culminating in 2,041 total recorded incidents across Canada.

The G7 is well-placed to lead on these issues, particularly given the commitment of its members to freedom of religion or belief, including the ability to worship in peace and security, as a fundamental human right. To this end, Bnai Brith Canada remains committed the following proposals offered to Canada in 2018, which we commend to France as G7 host.

We call on G7 leaders for:

1. A reaffirmation of the commitments enshrined in the November 10, 2010, ‘Ottawa Protocol on Combatting Antisemitism’, specifically:

2. A reaffirmation of the commitments made in the 2004 Organization for Security and Cooperation in Europe (OSCE) ‘Berlin Declaration on Combatting Antisemitism’, specifically:

3. A commitment by G7 governments that they will formally adopt and promote greater awareness of the IHRA definition of antisemitism within their countries and internationally, to help educate officials, legislators, journalists and teachers regarding the contemporary manifestations of antisemitism, including Holocaust denial and diminishment.

4. A commitment by G7 governments to develop and implement national action plans to combat antisemitism along the lines, as an example, of that adopted in France and Norway, including commitments to:

5. A commitment that G7 governments will expand their efforts to counter hate speech on the Internet, to address antisemitic content among many others forms of hate speech, insofar as these represent threats to national security and public safety.