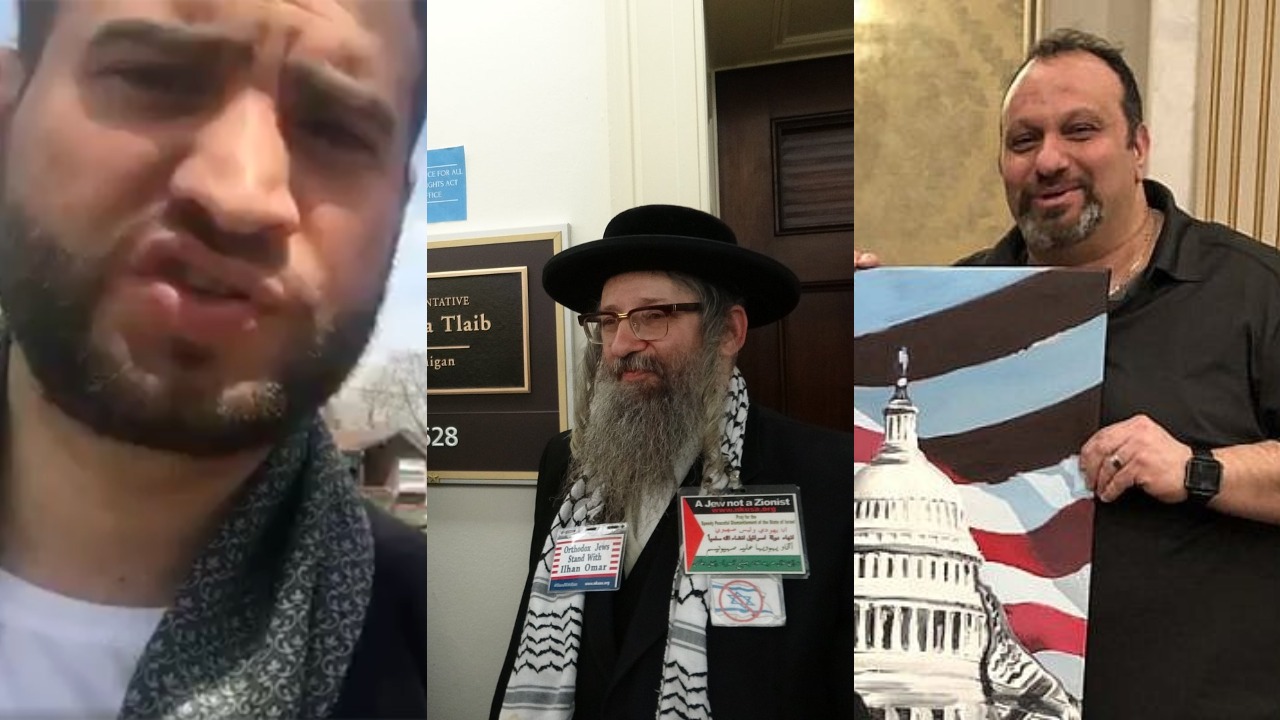 TORONTO – After promoting an antisemitic video at a local synagogue, a Mississauga, Ont.-based group that refers to itself as the “Canadian Defenders for Human Rights” (CD4HR) has invited at least two Americans with a history of supporting terror groups to speak at its anti-Israel protest in Toronto on Monday.

Yisroel Dovid Weiss, a spokesperson for the anti-Zionist fringe group Neturei Karta, and Abbas Hamideh, a Cleveland-based Palestinian activist, are both slated to attend the so-called “Walk Against Israel” on Monday, May 20.

Both have publicly voiced their support for listed terror organizations such as Hamas and Hezbollah.

In addition to inviting antisemitic speakers, CD4HR’s co-director Firas Al Najim recently filmed himself at a local synagogue threatening to disrupt the annual Walk with Israel event hosted by UJA Federation of Greater Toronto, and denying Israel’s right to exist as a Jewish state.

The Toronto Police Service has been notified and an investigation has begun.

Al Najim begins the video by stating, “Here, they are advertising for the Walk with Israel,” referring to Canadian Jews and/or Canadian Jewish organizations. He states “they” are experts in “deceiving” and “manipulating” people “to think they are peaceful,” before calling “their state…the most evil state you’ll ever see in your life.”

“Filming a threatening video at a Jewish house of worship in the heart of a Jewish neighbourhood is clearly an assault on Jewish Canadians,” said Michael Mostyn, Chief Executive Officer of B’nai Brith Canada. “Who do they think are posting these ‘Walk with Israel’ signs, the IDF?

“Data from our 2018 Audit of Antisemitic Incidents, in addition to reports from Toronto Police and Statistics Canada, confirms that the Jewish community remains the most-targeted group for hate crimes. In the wake of the Pittsburgh and San Diego synagogue shootings, our community has never been more concerned about Jewish institutions being targeted. As such, this is clearly a public safety and security issue.”

He continued: “Firas Al Najim clearly incited hatred in front of a Jewish house of worship, criticized Zionism, a religious belief held by Canadian Jews, as ‘evil,’ and denounced a family-friendly Jewish organizational event. How is that not antisemitic?”

On its Facebook page, CD4HR, a pro-BDS group, has referred to Israel as “illegitimate” and likened the attack on a Burkina Faso church to “Israeli state terrorism.”

On Wednesday, Aliyah Jamal Hassan, one of CD4HR’s co-directors, shared a post by Hamideh accusing Zionists of having a “master race mentality” and alluded to Zionist influence over the Canadian government, both of which are age-old antisemitic tropes.

As for Weiss and Hamideh, both have a history of espousing hateful views. Hamideh has a laundry list of antisemitic activities to his name, including equating Nazism with Zionism, condemning Muslims who showed solidarity with “Zionist congregations” after the Pittsburgh synagogue attack, and supporting Rasmea Odeh, who was convicted of planning an attack that left two Israeli university students dead.

He has also posted several tweets in support of Hezbollah, a listed terror group in Canada.

"Israel" wants to be recognized as a Jewish state. Hitler too wanted an exclusivist state w/o Jews. Funny how Nazis and Zionists are similar

If you cannot congratulate #Hezbollah today on their victory over the criminal Zionist occupiers you are not a revolutionary. #LiberationDay

Meanwhile, Weiss continues to cozy up with the brutal Iranian regime and even attended a Holocaust denial conference in Tehran. In March 2018, he presented Hezbollah’s Deputy Secretary-General Sheikh Naim Qassem, who openly advocates for the destruction of the Jewish State, with a certificate of appreciation “on behalf of the Jewish people.”

Hezbollah Hamas Walk with Israel Walk Against Israel CD4HR
Published : May 15, 2019
Do you like this post?
Tweet
Have you experienced antisemitism, racism or discrimination? Report an Incident