TORONTO – B’nai Brith Canada is alarmed by a noticeable increase in antisemitic vandalism across the country, seemingly coinciding with the start of the federal election campaign.

In the latest outrage, on Thursday morning, a swastika and other graffiti was discovered on the entrance of the Beth Sholom Synagogue in midtown Toronto. That incident has been reported to Toronto Police.

Yesterday, a sign in downtown Toronto intended to draw awareness to the scourge of antisemitism was ironically vandalized with antisemitic rhetoric.

On Monday, a vehicle in the parking garage of a midtown Toronto apartment building was defaced with swastikas. That same day, Charlton Public School, located in the heavily Jewish Thornhill neighbourhood, was hit with swastikas and other obscene graffiti.

And on Sunday, the date the federal election was formally called, participants in a Toronto-area Jewish baseball league found a giant swastika drawn in the sand at Harding Park in Richmond Hill, where they were set to play that morning. That incident is under investigation by York Regional Police. 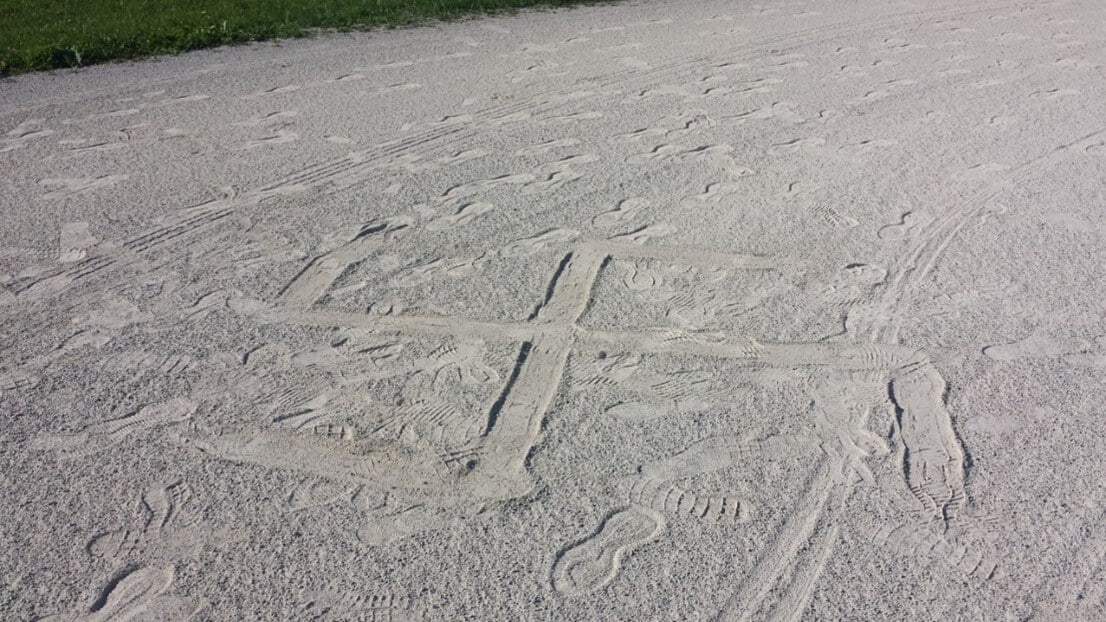 “The continued use of the Nazi swastika in an attempt to intimidate Jewish communities is reprehensible and unacceptable,” said Michael Mostyn, Chief Executive Officer of B’nai Brith Canada. “We trust that our law enforcement partners will investigate these matters diligently and do everything possible to apprehend the perpetrators.”

Coincidentally, Toronto Police announced on Monday that Carlos Anaya-Sanchez had been charged with one count of mischief under $5000 in connection with swastikas drawn on chairs at Downsview Park back in June.

In recent years, B’nai Brith has noted that incidents of antisemitism tend to increase during election campaigns in Canada, whether federal or provincial.