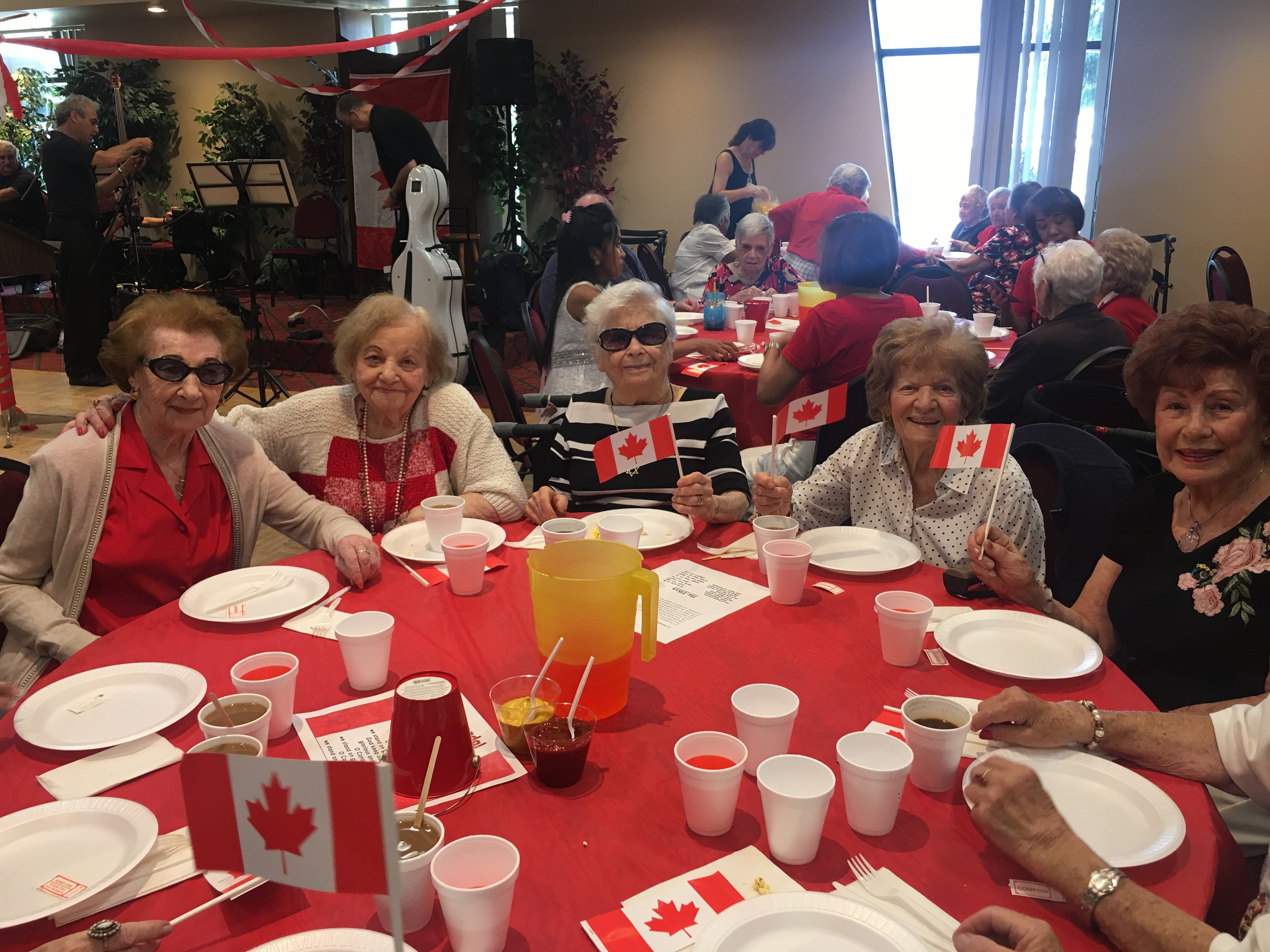 More than 90 seniors, volunteers and caregivers showed up to take part in festivities, which included delicious kosher hot dogs and hamburgers as well as some very entertaining live klezmer music.

On hand for the festivities were MP Michael Levitt and Toronto City Councillor James Pasternak, who spoke admirably about the contributions of B'nai Brith and the Jewish and seniors communities to the fabric of Canadian society.

“This is a special organization,” Levitt said.

Levitt made note of the recent passing of legislation that introduced the recognition of the month of May as Jewish Heritage Month.

“The Jewish community have made incomparable contributions to Canada. And that's why it was important for the government to acknowledge that,” he said.

“Having you here is recognition of how lucky we are as a country,” said Pasternak. “Whether you were born here or not, we're so fortunate to be here. And your contributions throughout your lives have allowed us to live in peace and provide the dignity you and all of us deserve.”

Pasternak also briefly discussed his efforts, alongside B'nai Brith, to put an end to the al-Quds Day hatefest, which took place in June at Queen's Park.

Great to share a few words on behalf of Mayor Tory and the City of Toronto at @bnaibrithcanada's summer barbecue and Canada Day celebration. pic.twitter.com/94suiXrOMY

The party continued late into the afternoon. In traditional B'nai Brith fashion, once the band kicked in to gear, the seniors put on their dancing shoes.

#ICYMI Finishing off another round of #klezmer music at the B’nai Brith Seniors #CanadaDay BBQ! pic.twitter.com/Zz7SKcHzY2

The seniors having such a wonderful time was a beautiful sight, particularly their smiles while dancing alongside each other, the caregivers, and several enthusiastic volunteers.

Seniors program James Pasternak Michael Levitt Canada Day
Published : Jul 06, 2018
Do you like this post?
Tweet
Have you experienced antisemitism, racism or discrimination? Report an Incident