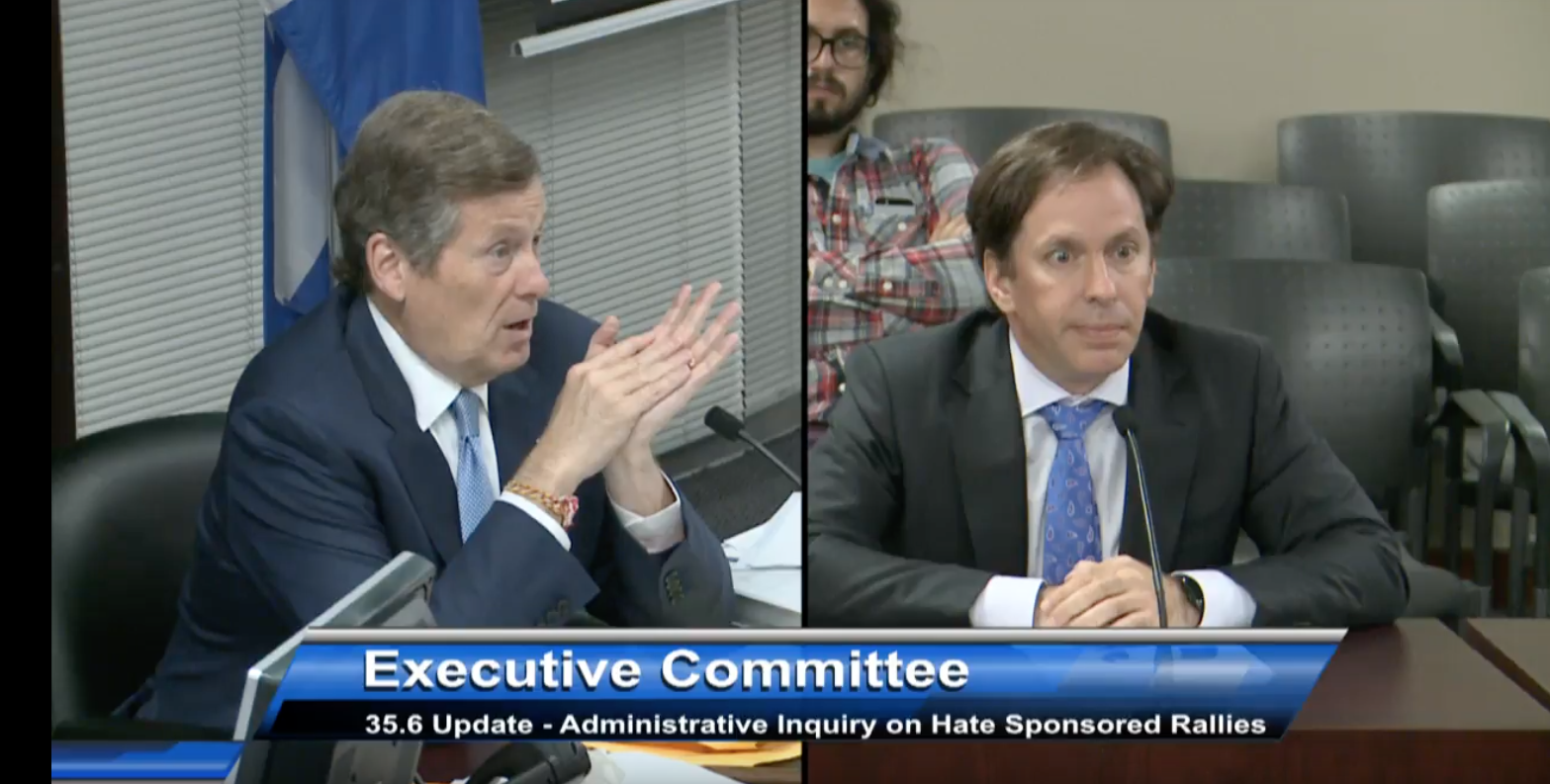 To an audience that included Toronto Mayor John Tory and city councillors, Mostyn spoke on behalf of the Jewish community, highlighting the hateful nature of al-Quds Day and advocating for its end on city property. Watch his address below.