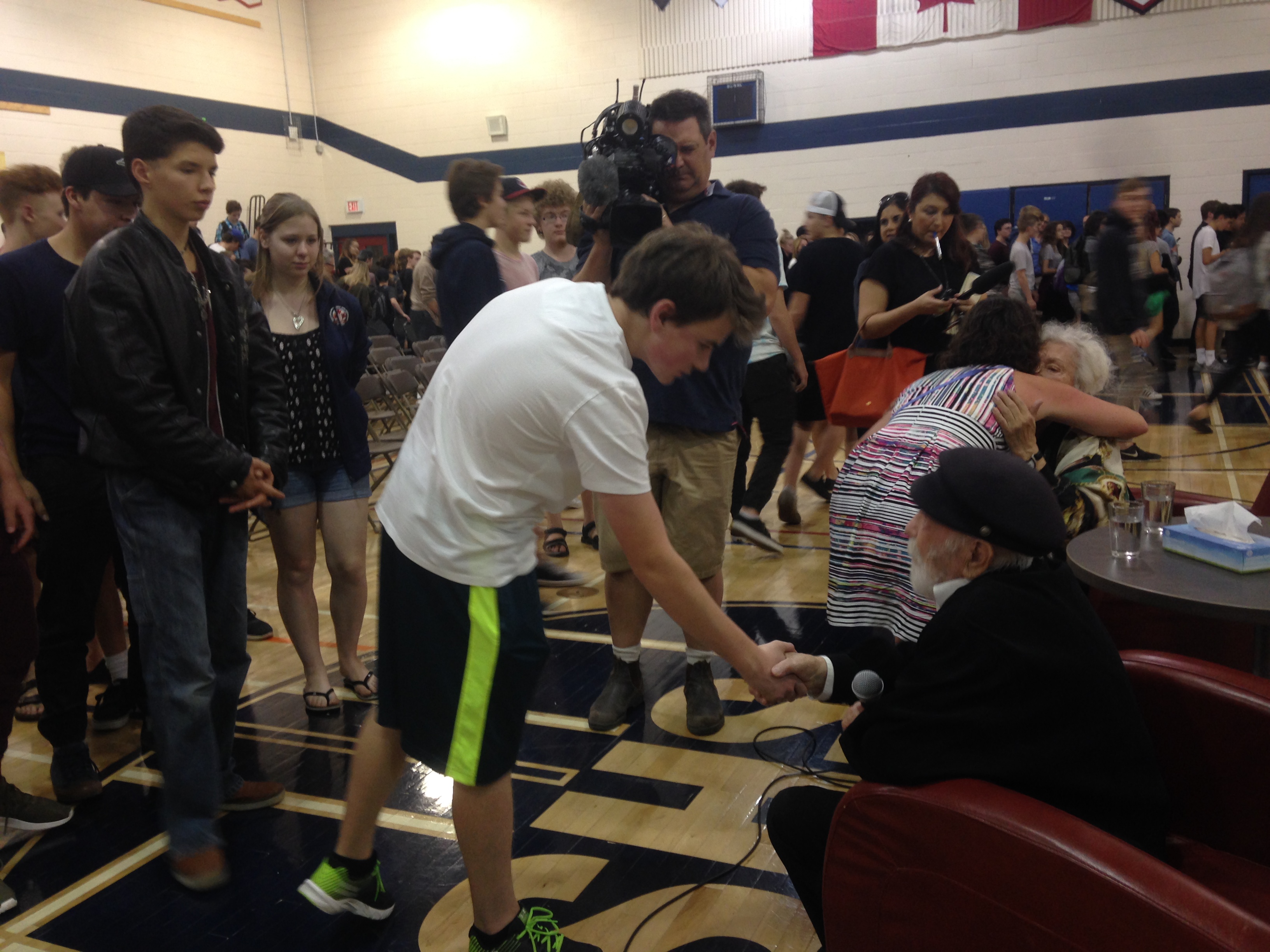 WINNIPEG – In response to an incident over the summer where students from Shaftesbury High School targeted a Jewish student with antisemitic posts on the popular social media app Snapchat, Pembina Trails School Division reached out to B’nai Brith Canada to help educate them about the dangers of racism, antisemitism and intolerance.

B’nai Brith organized a testimonial presentation by Cantor Moshe Kraus, a Holocaust survivor who only survived the war because he was forced to sing for his Nazi captors. Some 700 students attended, as well as faculty members and staff.

Following a video of Kraus’ testimony, students were treated to a set of personal – and often heart-wrenching – stories from the 95-year old as he described the trials and tribulations he endured at a labour camp in Yugoslavia and at the Bergen-Belsen concentration camp.

Kraus also lost his entirely family during the Holocaust.

The cantor implored the audience to take a good look at him and remember him well, as he is among the few remaining Holocaust survivors who can speak about their experiences firsthand. He warned of the impending, and already extant threat of Holocaust denial, and that by remembering and sharing his story, we can all fight this scourge and help prevent such hatred from spreading. 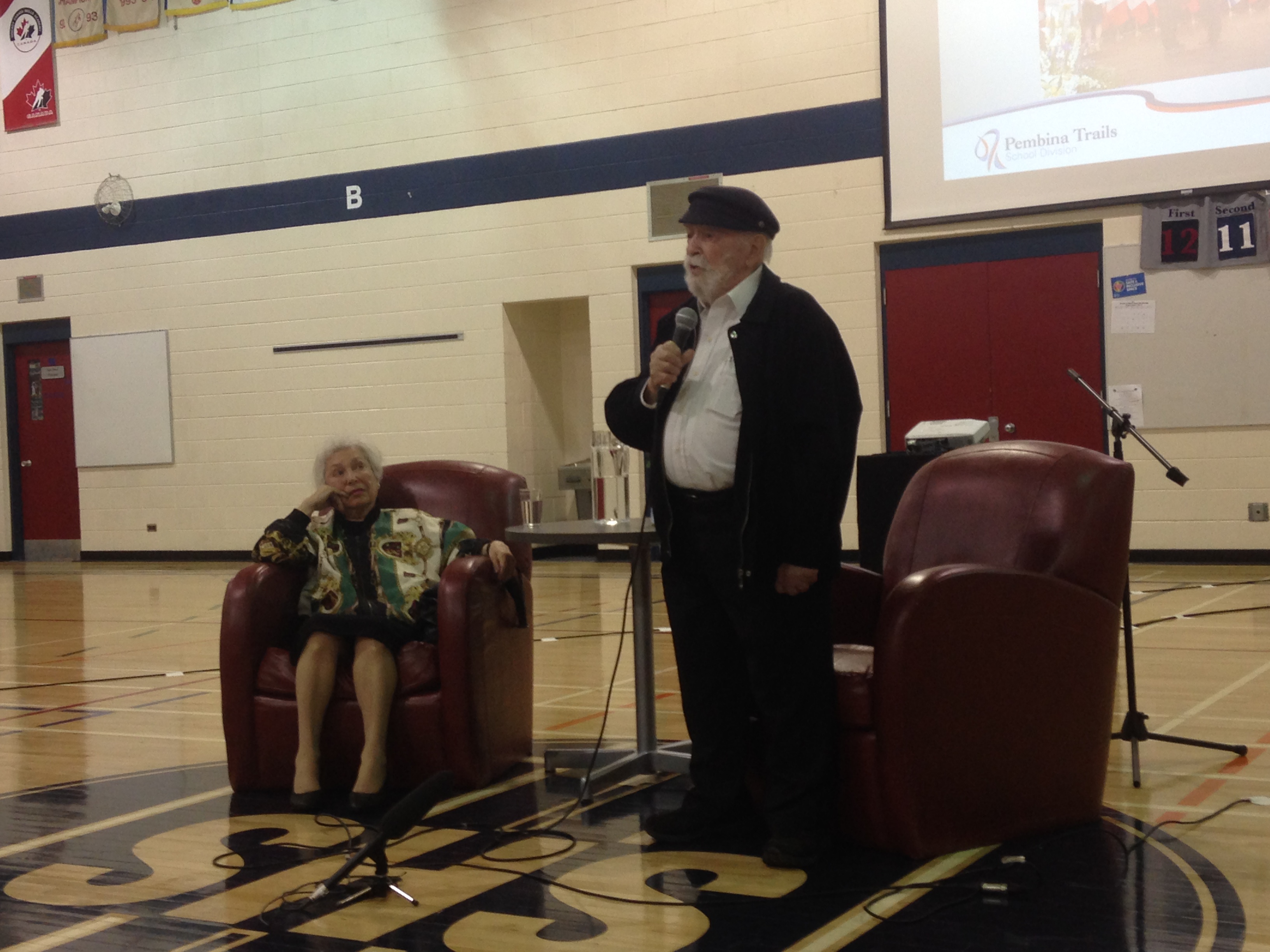 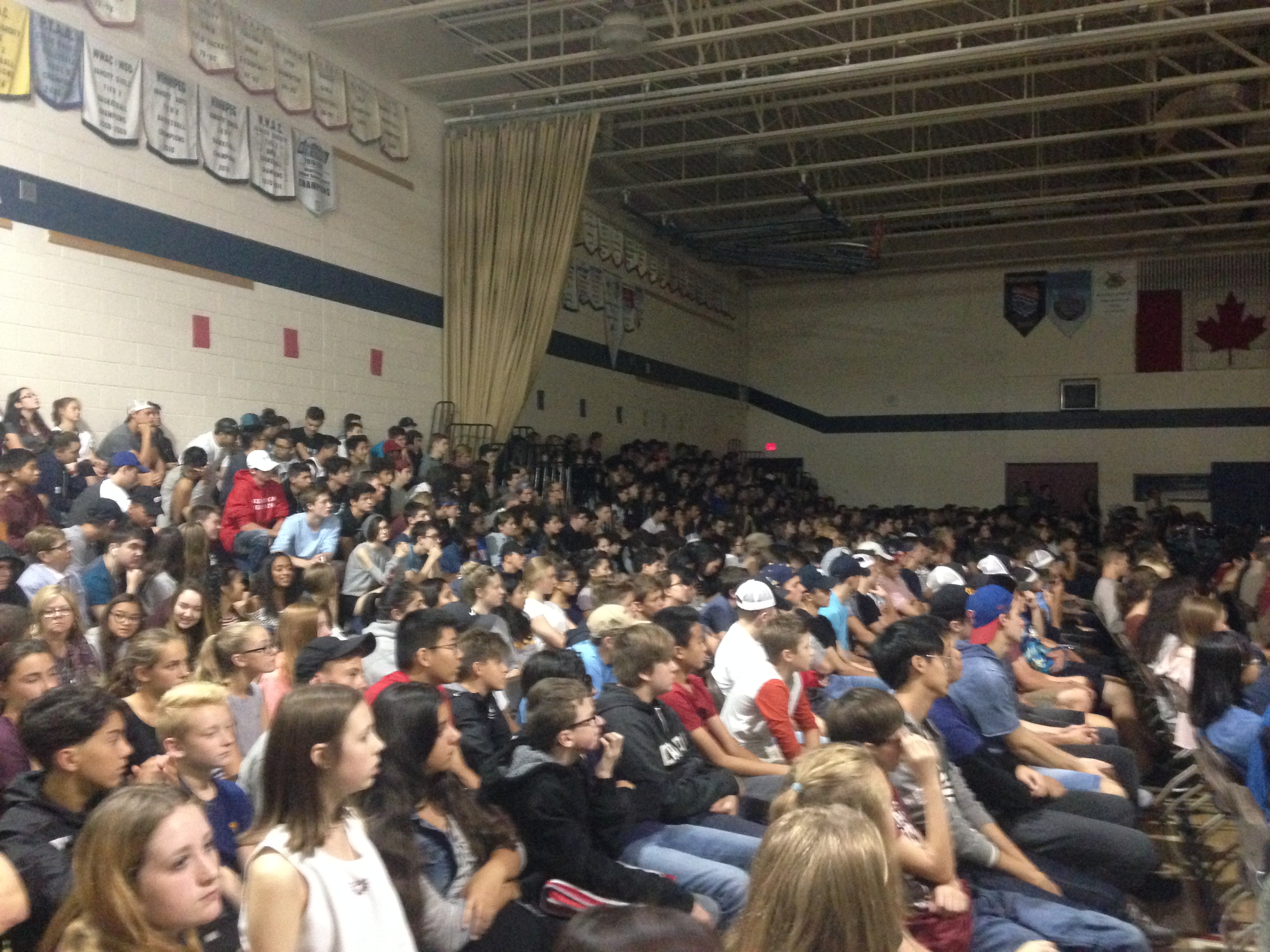 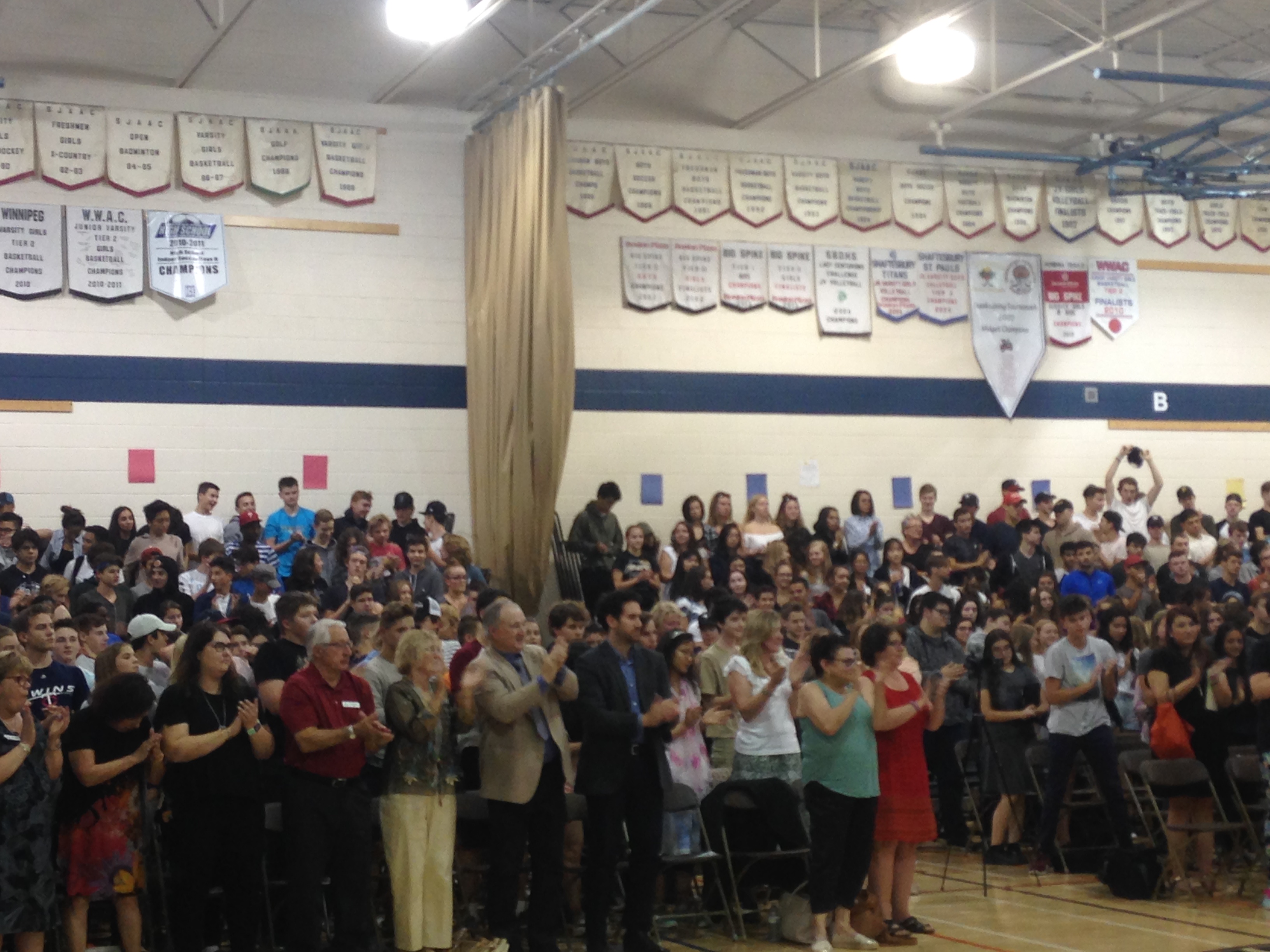 Following his presentation, the entire assembly gave Cantor Kraus a standing ovation and many students remained, forming a queue to speak with him directly, which lasted for an additional 20 minutes following the presentation.

B’nai Brith thanks the Pembina Trails School Division and Shaftesbury High School for working with us to organize this event, and for providing an educational opportunity for all students that will aid us in our fight against antisemitism, racism, and prejudice in all its forms.