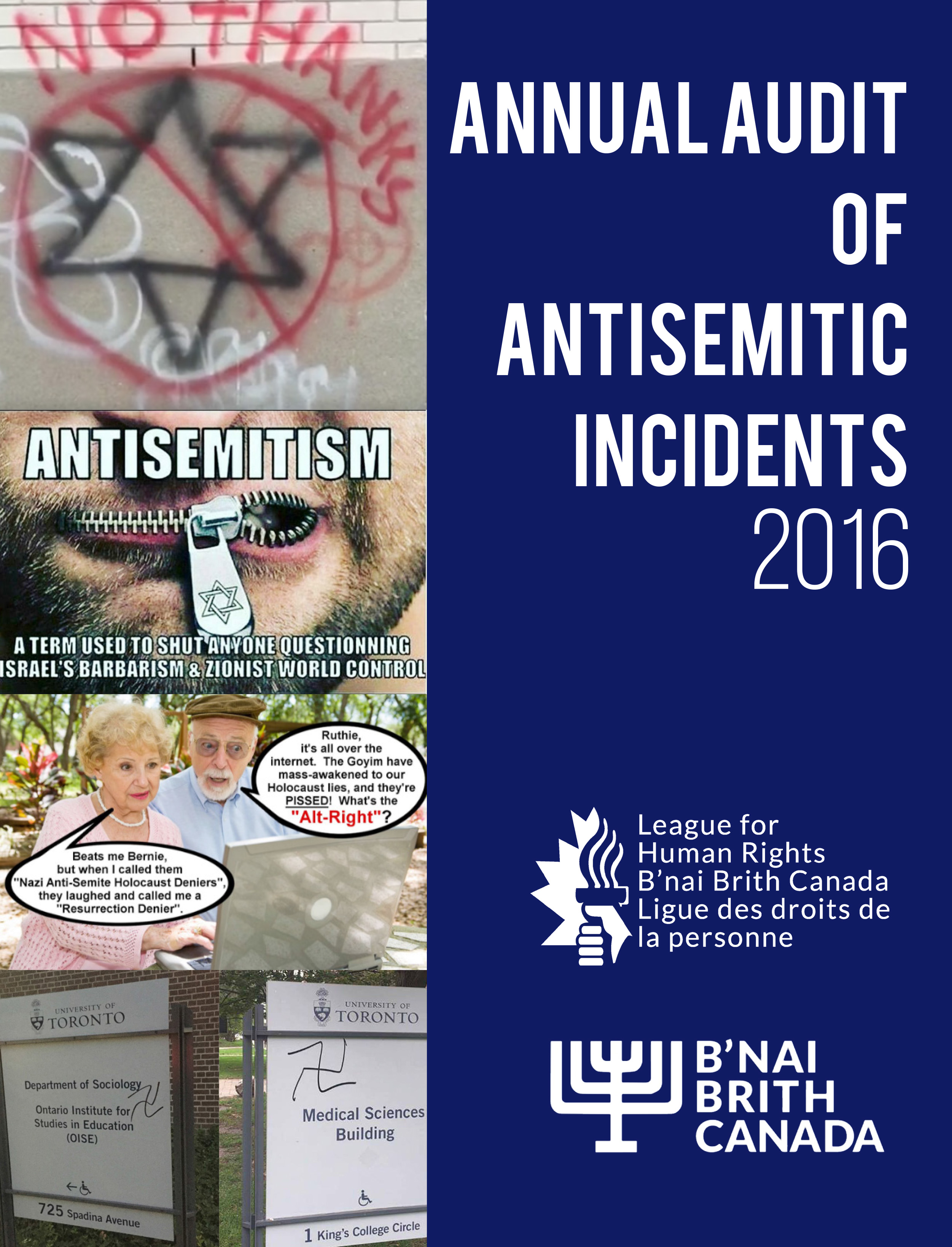 Contrary to news reports directly linking a rise in Canadian antisemitism to the election of U.S. President Donald Trump, the 2016 iteration of the Audit found that the months surrounding and immediately following the U.S. election, which are traditionally the months with the highest activity, actually showed a decrease in antisemitic acts in Canada, relative to previous years.

In fact, over the past 10 years (with only two exceptions), the Audit has recorded higher reported figures of antisemitic incidents than the years before, indicating that antisemitism in Canada has been on a consistent rise for at least a decade.

The Audit also highlights the emergence of a new and frightening trend in Canadian antisemitism: incitement against Jews in mass media, especially in Arabic-language publications. While B’nai Brith was successful in exposing and removing many of the most egregious examples, the lack of response from law enforcement and government paints a worrying picture of this phenomenon going forward.

“The findings of this year’s Audit – that antisemitism has reached a record high in Canada – demonstrate the need for real, immediate and strong action,” said B'nai Brith Canada Chief Executive Officer Michael Mostyn. “It is time to stop hoping that this problem will go away, or take care of itself. It is time to deal real consequences to the purveyors of antisemitism, and to fight back.”

B'nai Brith Canada antisemitism Annual Audit of Antisemitic Incidents
Published : May 09, 2017
Do you like this post?
Tweet
Have you experienced antisemitism, racism or discrimination? Report an Incident