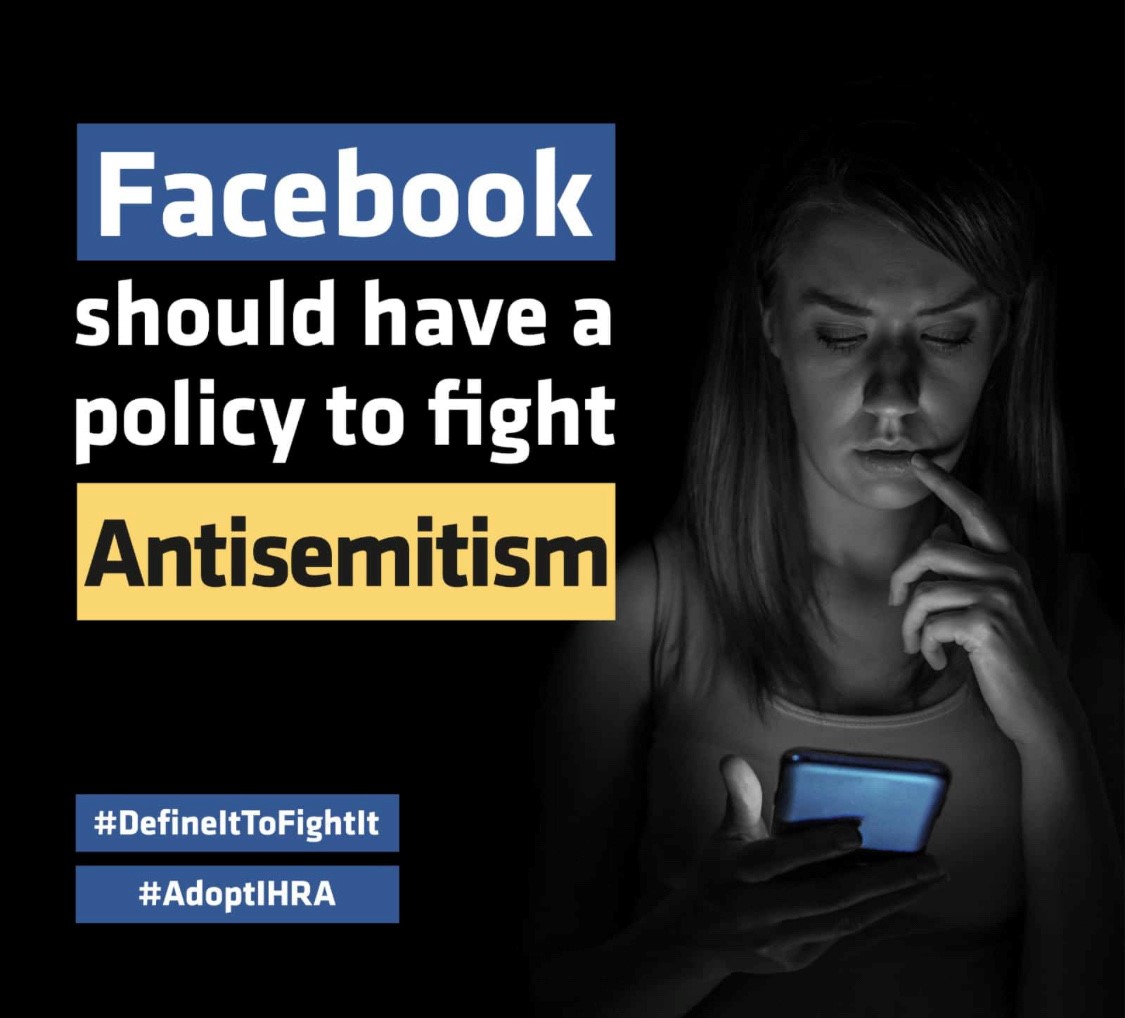 This initiative consists of more than 100 organizations from all over the world coming together to insist on this crucial first step in ensuring that the social media giant work towards combating the use of its platform for the spreading of toxic hatred.

Social media platforms, including Facebook, have sadly become a breeding ground in indoctrination and promulgation of various forms of hateful content – often with devastating results. Both the Pittsburgh and Poway synagogue shootings were linked to social media radicalization, an issue about which community leaders have long sounded the alarm.

Facebook is not only a leading social media platform, but also the parent company of other influential platforms including Instagram and WhatsApp.

The IHRA Definition is an excellent barometer by which legitimate debate and discussion can be distinguished from hate, even when it is masquerading as something more innocent. Adopting it is an effective and necessary first step in any serious effort by Facebook to address this pressing issue.

“It goes without saying that something cannot possibly be combated if it cannot be properly identified first,” said Michael Mostyn, Chief Executive Officer of B’nai Brith Canada. “If Facebook truly wishes to combat the misuse of its platform for nefarious purposes, it must ensure that it has the ability to understand and identify antisemitism. Adopting the IHRA Definition as a company policy is the only way to accomplish this.

“It is our hope that, as a leader in the world of social media, Facebook will do the right thing and, in so doing, will serve as an example to others to follow suit, both in the tech industry and beyond.”

In addition to signing on to a joint letter with the other participating groups, B’nai Brith also sent a letter of its own to Facebook’s leaders – reiterating the reasons why we feel this policy is so essential.

For more information on this initiative and to read the joint letter in full, CLICK HERE.