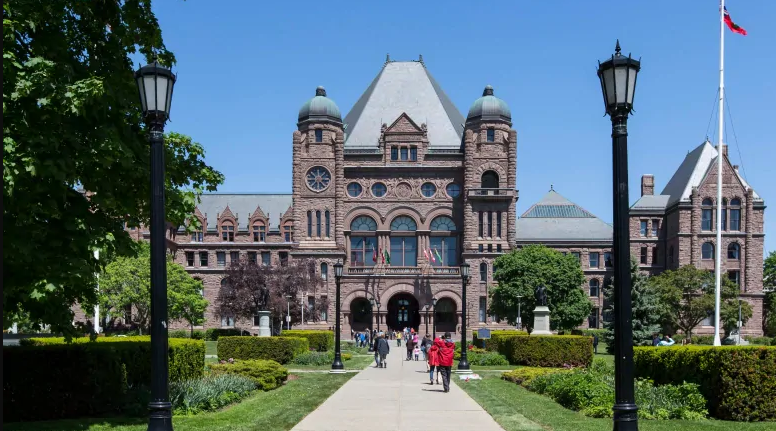 An image of Queen's Park (CBC)

B’nai Brith is proud to have endorsed this Bill since its early stages.

Confronting antisemitism in Canada requires a whole-of-government approach, rooted in the International Holocaust Remembrance Alliance (IHRA) Working Definition of Antisemitism—the world’s most consensus-driven and internationally accepted definition of antisemitism. The definition has been adopted by 33 countries globally, including Canada.

B'nai Brith has long advocated the adoption of the IHRA definition by all levels of government and our advocacy efforts were instrumental in its adoption by the federal government in June 2019. The IHRA definition provides clarity on matters pertaining to the identification and confrontation of antisemitism whenever and wherever it arises by rigorously stipulating what constitutes it for the benefit of a contemporary audience.

"We would like to once again thank the sponsors of this Bill, MPPs Will Bouma and Robin Martin," said Michael Mostyn, Chief Executive Officer of B'nai Brith Canada. "We appreciate their principled stand and their work to safeguard all Ontarians from the pernicious effects of antisemitism, racism, xenophobia, and all forms of bigotry and prejudice."

antisemitism Queen's Park IHRA Robin Martin Will Bouma Ontario Bill 168
Published : Feb 24, 2020
Do you like this post?
Tweet
Have you experienced antisemitism, racism or discrimination? Report an Incident