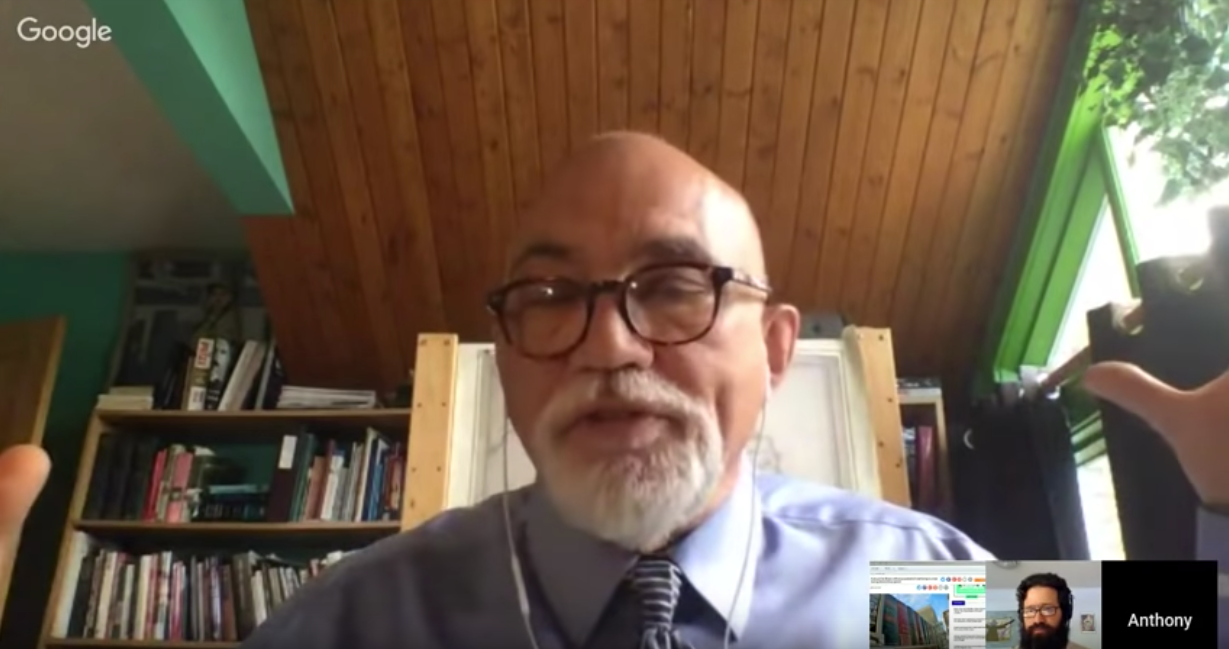 LETHBRIDGE, Alta. – A professor at the University of Lethbridge in southern Alberta is peddling fresh antisemitic conspiracy theories over the Internet, despite facing an investigation into his earlier activity.

Anthony Hall, who was formally reinstated as a faculty member in November of 2017 but remains barred from the classroom, asserted on Friday that “the Islamophobia industry” is often funded “by philanthropic families of Jewish background,” and argued that “false flag terrorism” is “a related subject.”

He provided no evidence for these allegations.

The comments came during an episode of False Flag Weekly News, an online radio show normally hosted by U.S. Holocaust denier Kevin Barrett. The term “false flag” refers to jihadist terrorist attacks such as the events of Sept. 11, 2001, the 2015 Bataclan massacre and others, which Hall and Barrett have falsely blamed on some combination of Western governments, the Jewish State and “Israel-first neoconservatives.”

In Friday’s episode, Hall’s interlocutor, Jeremy Rothe-Kushel, also made the bizarre allegation that B’nai Brith leaders were linked to the assassination of former U.S. President Abraham Lincoln and went on to suggest that B’nai Brith was involved in the founding of the Ku Klux Klan.

“It is disappointing, though frankly not surprising, to see Anthony Hall fall back on his antisemitic conspiracy theories as he faces professional difficulties,” said Michael Mostyn, Chief Executive Officer of B’nai Brith Canada. “Hall continues to demonstrate why he is unfit to teach students at the University of Lethbridge, or at any other self-respecting academic institution.”

Hall was initially suspended in October of 2016 after B’nai Brith exposed his roles in producing online Holocaust denial videos and promoting antisemitic conspiracy theories in the classroom. Just over a year later, he was formally reinstated as a faculty member after the Government of Alberta intervened in a legal dispute pitting Hall’s faculty association against the university.

He remains barred from teaching classes until an internal investigation into his conduct is completed.

Anthony Hall University of Lethbridge Mike Mahon False Flag Weekly News
Published : Jun 21, 2018
Do you like this post?
Tweet
Have you experienced antisemitism, racism or discrimination? Report an Incident