You Are Invited to “An Evening with Ben Shapiro” 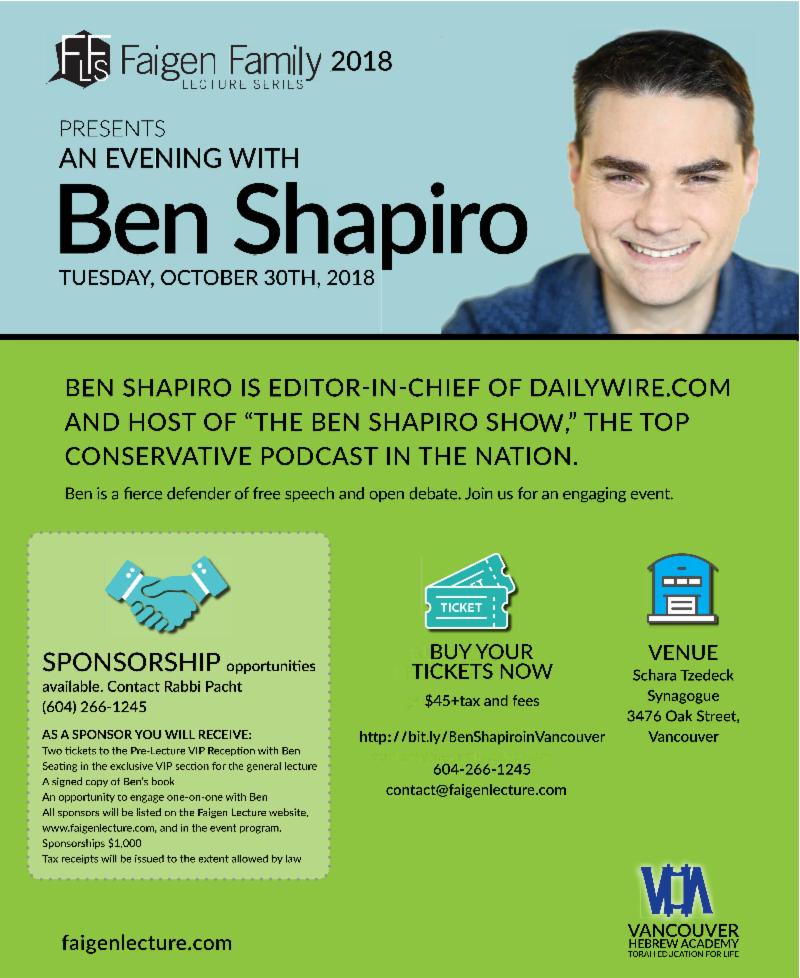 VANCOUVER – B’nai Brith Canada is proud to participate in the sponsorship of an event featuring political commentator, author and lawyer Ben Shapiro, organized by the Vancouver Hebrew Academy as part of its Faigen Family Lecture Series.

An Evening with Ben Shapiro will take place on Tuesday, Oct. 30, 2018 at the Schara Tzedeck Synagogue in Vancouver.

Editor-in-Chief of The Daily Wire and host of The Ben Shapiro Show, the most popular Conservative podcast in the United States, Shapiro is a staunch supporter of free speech and open debate. He has written seven books, two of which were published before he turned 21.

As a pro-Israel activist, Shapiro has educated thousands on the antisemitic nature of movements like BDS (boycott, divestment, and sanctions) and frequently points out the double standards, delegitimization and demonization to which Israel is often subjected.

According to an analysis by the Anti-Defamation League, Shapiro was the most frequent target of antisemitic tweets in 2016.

Sponsorship opportunities for An Evening with Ben Shapiro are still available. For more information, please contact Rabbi Don Pacht at (604) 266-1245 or at contact@faigenlecture.com.