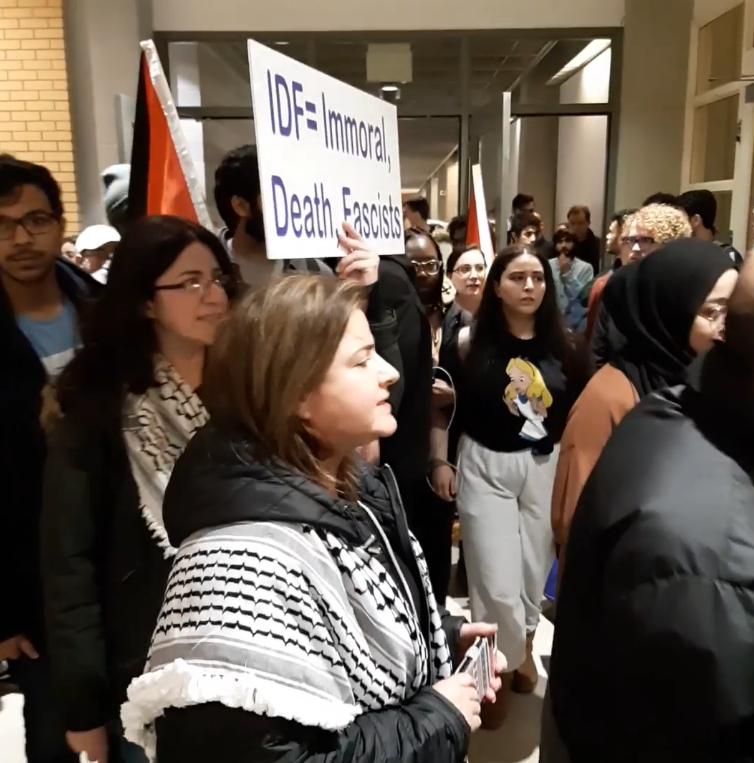 On Nov. 20, an enraged mob tried to prevent a panel featuring Israeli reservists from taking place on campus. The event ultimately went ahead, but only after a massive deployment by Toronto Police to safeguard attendees.

Students against Israeli Apartheid (SAIA) York, a registered student group, instigated the protest, placing posters around campus calling for a massive turnout. Moe Alqasem, a SAIA activist, even wrote on Facebook: “You would have to actually put a bullet right through my Palestinian skull before you even TRY to bring an Israeli soldier to my campus.”

“B’nai Brith welcomes a full investigation by York’s administration into the events of Nov. 20, with serious consequences for every act of violence or hate,” said Michael Mostyn, Chief Executive Officer of B’nai Brith Canada.

“SAIA York has shown itself to be a serial offender that repeatedly violates University policy in order to intimidate Jewish and Israeli students. It cannot be allowed to function on campus until, at a minimum, its leadership pledges not to disrupt a pro-Israel event ever again.”

In 2009, SAIA York was fined $1,000 and had its club status revoked for 30 days after its members threatened Jewish students and besieged them inside the campus Hillel office. In March of 2013, its club status was suspended for nine months after it held unlicensed protests that disrupted academic activities.

Protesters on Nov. 20, including SAIA activists, led chants of “Viva, viva intifada!,” a reference to Palestinian campaigns against Israel that have featured suicide bombings, shootings, stabbings and car-rammings of civilians. Such types of attacks led to the 2015 murder of York alumnus Howie Rothman, who died after being brutally attacked by Palestinian terrorists who stormed a synagogue.