I am writing to you today to urge you to immediately remove Ben & Jerry’s ice cream products from your store shelves.

Ben & Jerry’s recently issued a statement that they will stop selling ice cream in territories that are currently under dispute between the democratic State of Israel and the Palestinian Authority. By unfairly singling out Israel with their boycott, Ben & Jerry’s have made their products unpalatable to many Canadian consumers like myself.

BDS is an inherently antisemitic movement and an effort to delegitimize the Jewish State. It has been widely condemned, including by the Government of Canada. BDS leaders have been caught red-handed advocating for terrorism, while many BDS activists have been exposed as promoting antisemitic myths and slogans.

While Ben & Jerry’s claim that they are simply opposed to certain Israeli government policies, their position is indefensible and their apparent pre-judgements relating to a complex, historical situation should be inconsistent with your company’s values. Many companies and governmental jurisdictions throughout the world have begun to drop Ben & Jerry’s products or to apply other appropriate sanctions.  I encourage you to join them.

As a local Canadian consumer, I believe that you should no longer sell Ben & Jerry’s products. Customers like myself will be more than happy to buy other, non-discriminatory, ice cream brands and Ben & Jerry’s will not be missed at your store.  I certainly do not want to see it there. 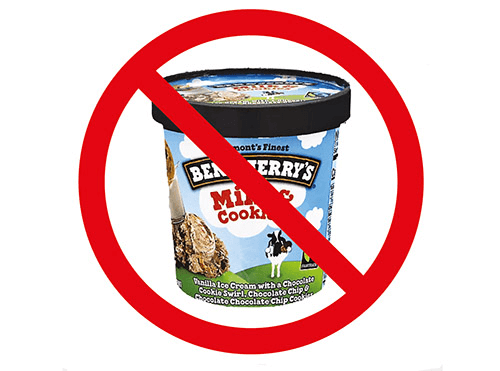