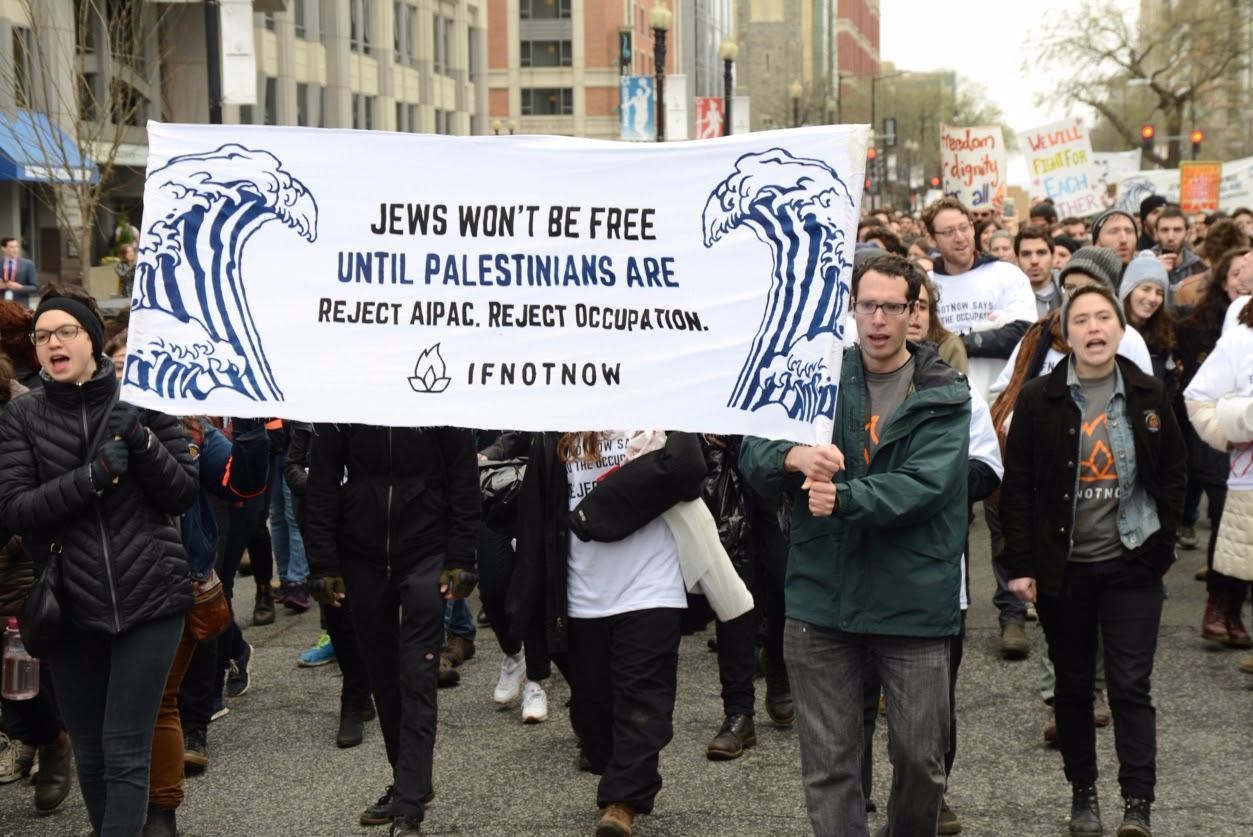 Members of IfNotNow protest against Israel

No, I’m not reciting the lyrics to Drake’s latest single. I’m simply perturbed by the latest case of hostile anti-Israel activism, from members of our own tribe no less.

Last week, amid their (free) 10-day Birthright Israel experience, five women abruptly left their tour bus before the trip ended to visit the Palestinian Territories. Having just returned to Toronto from a Birthright trip myself – and enjoyed it thoroughly – I can only wonder why anyone would look a gift horse like this in the mouth.

Birthright, an opportunity provided to young Jews around the world thanks to a combined effort of prominent Jewish philanthropists and the Israeli government, is exactly what its name implies: a right that Jewish youth have in many countries (including Canada) to visit the State of Israel. It is a trip where we get to learn about our Jewish heritage, as well as Jewish history and culture.

Amongst my group of 40 were some of the friendliest, brightest and most objective young adults I’ve had the pleasure of traveling with. We toured Jerusalem, hiked up the Masada, and rode camels at Bedouin tents. We had long discussions in which we asked our engaging tour guide some hard-hitting questions about the Arab-Israeli conflict, Jewish sovereignty in Israel, and life for Palestinians in the West Bank and Gaza.

None of us considered abandoning the trip. Not once.

Because if you are going to accept a free trip to another country, partly on their own taxpayers’ dime, the very least you can do is have some respect and appreciation.

Respect and appreciation do not mean blindly accepting the dialogue presented to you. Many individuals on our trip did indeed question the activities on our itinerary. Some even suggested there were elements of propaganda. All of us discussed the Arab-Israeli conflict.

However, we also acknowledged the fact that we were only able to have a direct experience with this conflict because of our host country and thanks to generous donations from philanthropists.

No matter what we felt, we were invited guests in another country and we behaved accordingly.

The five women who caused a media storm, however, did not. Given that they’re supporters of IfNotNow (an organization that seeks to “end American Jewish support for the occupation”), it is obvious their plan from the beginning was to take advantage of the free trip – and bail.

As an objective participant on Birthright, it is clear to me that, since these women had a pre-existing relationship to a group consistently working to delegitimize the Jewish state, they were coming to Israel with a biased and one-sided perspective. They did not travel to Israel with open minds but formulated views. Rather than taking part in this trip for educational purposes, they came for validation.

Furthermore, not once did they express gratitude to the individuals who presented them with this opportunity. Instead, they claimed that Birthright is “hiding the truth” and “using a political agenda to miseducate tens of thousands of young Jews.”

Rather than show respect and appreciation at the end of their journey, these women decided to make a scene and take advantage of Jewish and Israeli generosity. I’ve already seen more than 10 articles discussing their walkout, which created confusion and chaos. Many who were on their trip were beside themselves.

The Birthright organization will undoubtedly suffer, too, which also upsets me, considering that Birthright is the reason they were able to visit Israel, at no charge, in the first place.

I am not saying these women do not have the right to question the narrative presented to them. On the contrary, the tour guide on our trip encouraged us to ask her tough questions, citing a former participant who hadn’t asked and ended up becoming an anti-Israel activist.

The women who broadcasted their departure from Birthright all over social media did it for sensationalism and headlines. They could have still thanked organizers for a free trip to Israel and then joined a tour of Hebron led by Breaking the Silence.

But this was not an impromptu walkout prompted by pro-Israel “propaganda.” This was a coordinated effort to garner bad publicity for Birthright, an organization that spent thousands of dollars on these very participants to support its mandate of promoting Jewish unity and continuity (a mandate B’nai Brith Canada holds dear, by the way).

If these women wanted to objectively show another side of an incredibly complex story, that’s fair enough. If they admitted this was their first time in Israel, that they are not experts on Middle East policy, and that they simply wanted to see how Palestinians lived – no problem. What they do after Birthright is up to them.

But this was not the case. They took advantage of a free trip to promote a biased and subjective viewpoint of Israel. If they did a little bit of research first, they would have learned that organizations that delegitimize and demonize Israel while holding it to a double standard are in fact guilty of promoting antisemitism.

These women were given the opportunity of a lifetime, funded by Israeli tax dollars, and turned it into a vicious attack. The next time they want to launch a social justice mission against Israel, they should at least have the decency to do it on their own dime.

Amanda Attar is a Communications/League for Human Rights Associate with B'nai Brith Canada.