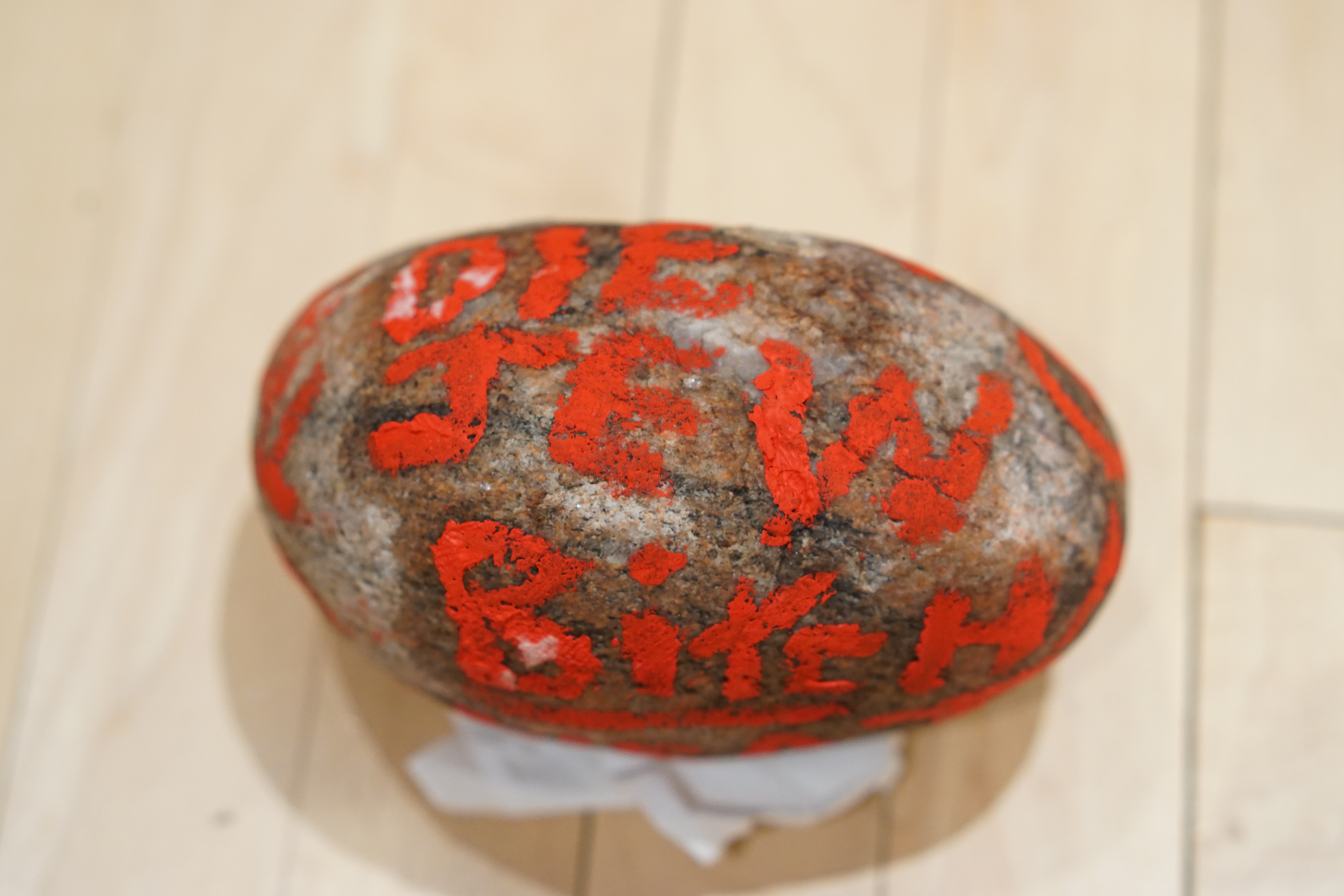 The Winnipeg Police Department and its Hate Crimes Coordinator are investigating an ugly antisemitic incident that occurred in a residential neighbourhood near downtown Winnipeg on New Year's Eve after the victims, who have asked to remain anonymous, called B’nai Brith Canada’s 24-7 Anti-Hate Hotline.

"This is very unusual for Winnipeg," Constable Rob Carver, Public Information Officer for Winnipeg Police, told B'nai Brith on Wednesday. "I can count on one hand in the 24 years I've been in this position the number of incidents that were as egregious and as threatening as this. We are very concerned about this and taking it very seriously."

B’nai Brith is working with Winnipeg Police to help out in the investigation.

The disturbing incident took place in the Wolseley neighbourhood. When the homeowners arrived at their residence at around 10 p.m., they found a red gift bag that was placed near the front steps. Inside the bag was a large rock, roughly the size of a loaf of bread, wrapped in a ribbon. Painted on the rock, in red, uppercase letters, were the words: “DIE JEW BITCH. EINSATZGRUPPEN.”

The Einsatzgruppen were a Nazi death squad responsible for the mass killings of Jews and other minorities during World War II and the Holocaust.

A swastika was also painted onto the rock. On the red ribbon were the words, “Jude Bitch get out of neighberhood (sic).”

"It makes sense that the owner would reach out to B'nai Brith for some guidance," Const. Carver said. "It's also our job to conduct an investigation and we're doing so. Detectives are looking at it and also our Hates Crimes Coordinator. We are treating this as a hate crime. We don't get many incidents like this in Winnipeg. We occasionally get international events that will prompt antisemitic reactions but this one is so much more egregious that we're spending more time on this." 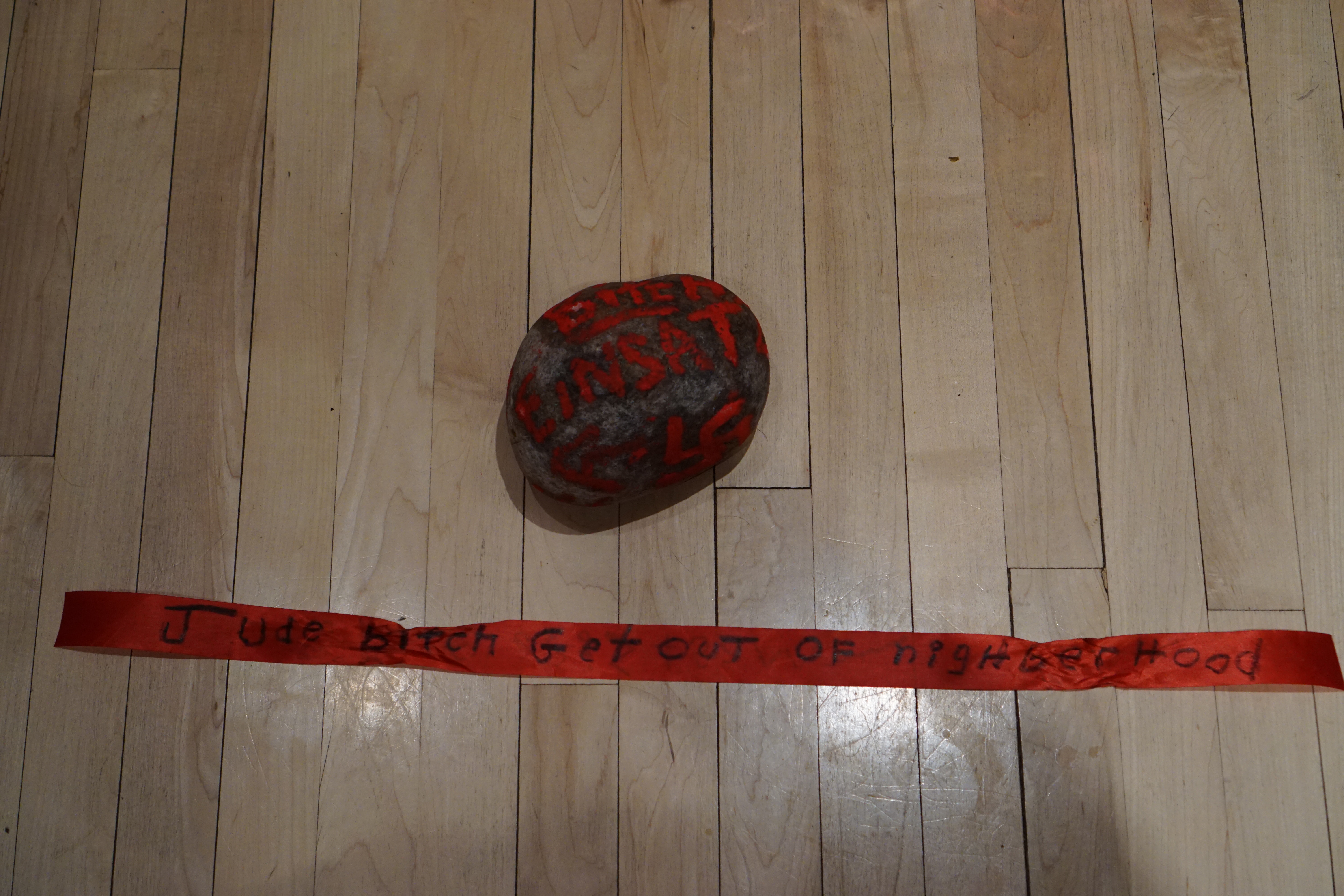 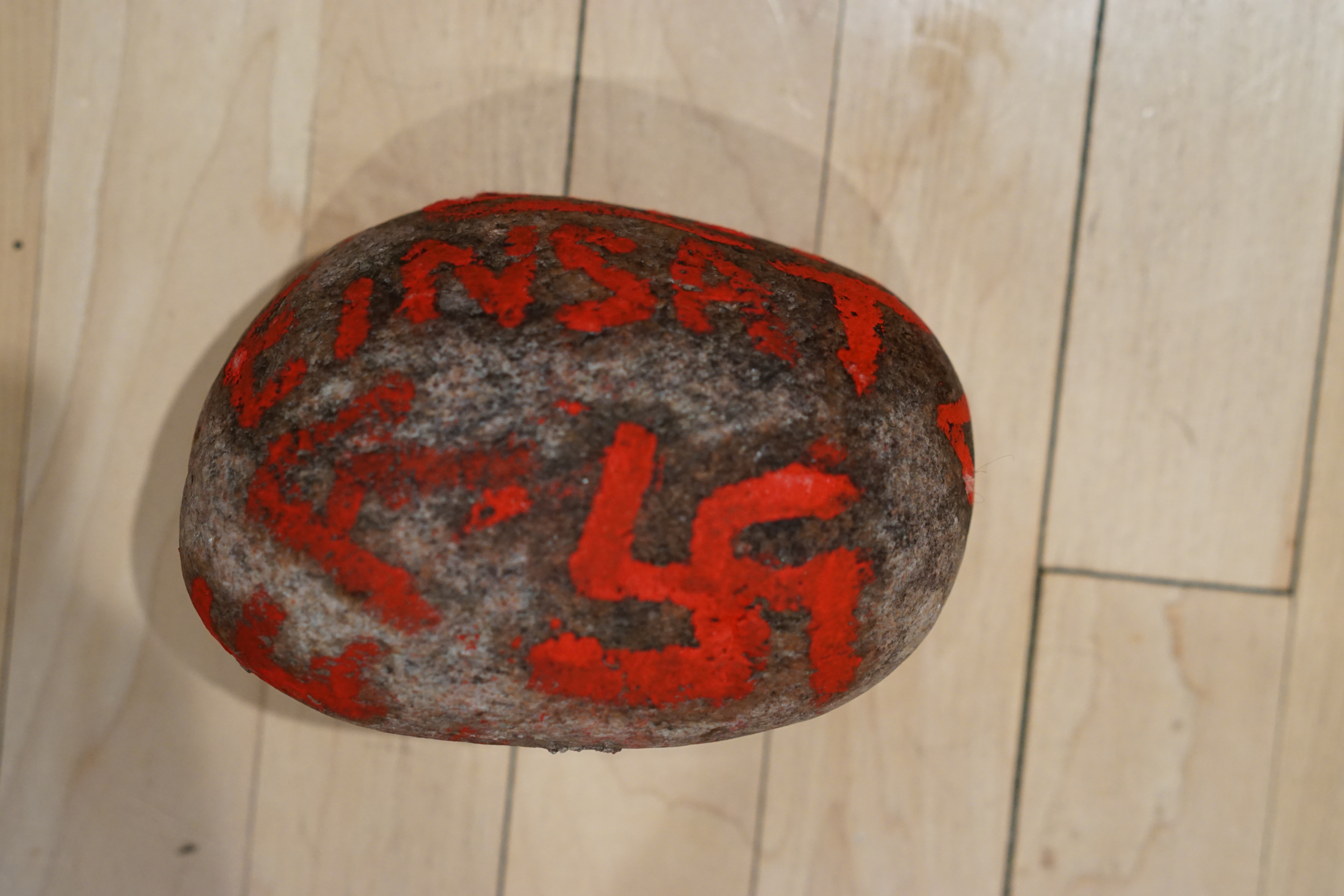 The information comforted the homeowners, who expressed complete bewilderment as to why the rock was placed at their residence.

"It's so invasive," one of the owners said. "So horrible. It's difficult to put into words. And it's frightening, too. We don't know what would cause someone to do this, but we have had a couple of private issues with people, so who knows? We've forwarded all our information and concerns to the police."

Amanda Hohmann, National Director of B’nai Brith’s League for Human Rights, said, "While incidents like this happen with relative frequency in other parts of the country, it's definitely unusual for Winnipeg. Overall numbers of antisemitic incidents have dropped dramatically there in recent years, so this has to be quite shocking to the community."

Hohmann added: "We will continue to work closely with the family involved, as well as Winnipeg Police, to ensure that this incident is treated with the seriousness that it deserves, and that this does not result in a general increase in antisemitism in Winnipeg."