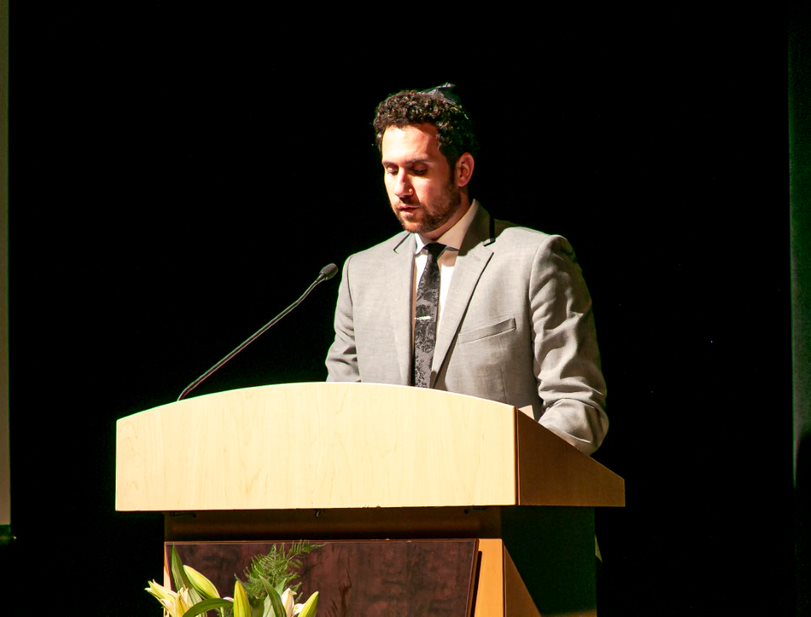 WINNIPEG - This past Thursday, July 18th, marked the twenty-fifth anniversary of the horrific AMIA bombing, an antisemitic terrorist attack against a Buenos Aires Jewish community center that left eighty-five dead and hundreds injured. What followed was a whirlwind of presidential corruption, clandestine political dealings, assassinations, and inaction, specifically in relation to Hezbollah and the government of Iran, who are widely recognized as the masterminds of the attack. The bombing and the subsequent lack of justice for its victims have resulted in a permanent scar for the Jews of Argentina, many of whom left the country in the following years, no longer trusting those in charge to keep them safe.

Of course, all of this has only strengthened the resolve of the Jewish community worldwide. Every year, B’nai Brith Winnipeg and other local organizations collaborate to host a memorial event for the eighty-five victims of the bombing.

As is true of previous years, a large audience attended the commemoration ceremony from the local Argentinean community, as well as the Jewish and general community in Winnipeg, with representatives of a number of Winnipeg churches participating in the event as well.

After the singing of the Canadian, Argentinean, and Israeli anthems, the Honorable Minister Jim Carr spoke on behalf of the Canadian government, encouraging those in attendance to reflect upon the diversity and unification that the event represented. He spoke of the many and varied experiences of pain and suffering that the Jewish people have endured, and how they have bred resilience and a heightened sense of unity through it all. He closed off his speech with the words, “Three flags, three anthems, but one people.”

B’nai Brith Canada’s National Director of the League for Human Rights, Ran Ukashi, followed with a speech acknowledging the Argentinean government’s recognition of Hezbollah as a terrorist organization on the 25th anniversary of the AMIA bombing, a quarter of a century after the attack took place. He spoke too about how the pursuance of justice for the victims has been hindered by scandals and conspiracies within the Argentinian government in collaboration with the Iranian regime. Ending on a somewhat more optimistic note, though, he commended Argentina’s designation of Hezbollah as a terrorist group and freezing of assets in the country as a positive step in the right direction, but added that much more still needs to be done to pursue true justice for the victims and their families. “Until then,” he said, “at the very least, we are obligated by our conscience to faithfully and willfully remember the lives taken that day.”

What followed was a ceremony in which eighty-five members of the Winnipeg community came up to light a candle, one for each of those killed. Footage of the aftermath of the attack flashed on screen and the name of each victim was called while, one by one, the candles were lit. It was an emotional demonstration of cohesion, reaffirming the notion that while some will stop at nothing to divide us, in the end they only bring us closer together.