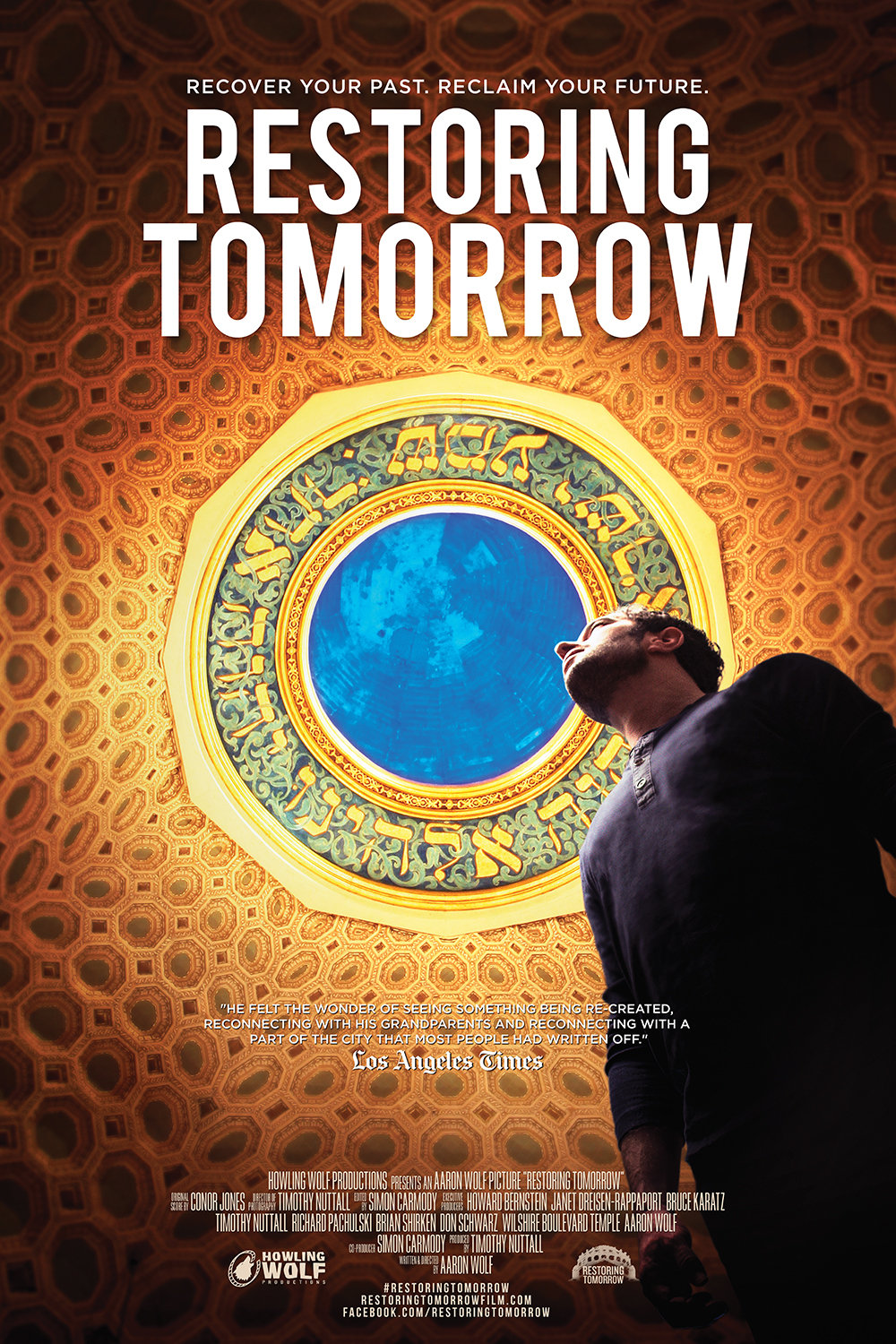 CONTEST: WIN FREE TICKETS to see "Restoring Tomorrow" at any participating Cineplex theatre in Toronto! All you have to do is follow B’nai Brith Canada on Facebook, Twitter or Instagram , and send us an email (communications@bnaibrith.ca) with the subject line, “Restoring Tomorrow.” Good luck!

TORONTO – Restoring Tomorrow documents a community’s extraordinary efforts to return a synagogue to its former glory. Wilshire Boulevard Temple provided a spiritual home for a community of Los Angeles Jews who trace their roots back to Congregation B’nai Brith in 1851. The unique synagogue was built in 1929 by Hollywood moguls – but as attendance dwindled over the years, the building began to fall apart.

Restoring Tomorrow reveals the Jewish community’s determination to save the temple despite seemingly impossible challenges.

The documentary was directed by Aaron Wolf, a Los Angeles native and member of the synagogue, whose grandfather Alfred Wolf served as its senior rabbi. When Aaron Wolf realized how much it had deteriorated, the sorrow he experienced was akin to losing his grandfather all over again.

Wolf was recently in Toronto for the doc’s Canadian premiere. Because he is half-Canadian, the film is being screened there before any other North American city.

“[My grandfather] escaped Nazi Germany, came here, and gave me the chance to have a life. If it wasn’t for his bravery, I would never have been born,” Wolf said in an interview with B’nai Brith Canada. “So for me to be complacent and naïve [about the temple] – I started to feel guilty, but I wasn’t connected. I didn’t know what I could do. It looked like the place was on the verge of collapsing. It just didn’t feel right.”

Wolf found out about the attempt to restore the synagogue during a meeting with its senior rabbi Steve Leder, who as it happens was a protégé to Wolf’s grandfather.

“I was supposed to get married, and the wedding got called off,” Wolf said. “About six months later, I met with [Rabbi Leder] to talk about how sad I was. I thought it would be a big bummer, but it turned out to be a big gift.”

Rabbi Leder encouraged Wolf to use his talents as a director and actor to document the restoration process. “As I started, it was like – oh my gosh, I’m connected to this place. I had been away, and now I was coming back physically and emotionally. This is all about community, and making a movie is also about bringing the community together.”

While restoring a community might seem like a daunting challenge, Wolf maintains that “it’s easier than some people think.

“If people rally together because they believe in the place, then magic can happen. These places were built for us and for past and future generations. If we lose these places, we lose that sense of community. I’ve seen places that have gone to waste, and the community goes with it.”

Of course, not every community has a heritage building in need of restoration. But as Wolf explains, the documentary’s message is relevant to other challenges as well. “There’s a lot of strife now, in North America,” he points out. “Restoring Tomorrow is about something bigger than the nonsense you see every day on television. It’s about something that can connect all of us – whatever your political views are. I hope the film is just a start. I hope that when you’re done with the film – and I hope the ending will surprise some people, in a nice way – you leave and go do something. It’s like a call to action. Let’s go make a difference in our community. Because the movie’s not mine any more, it’s yours.”