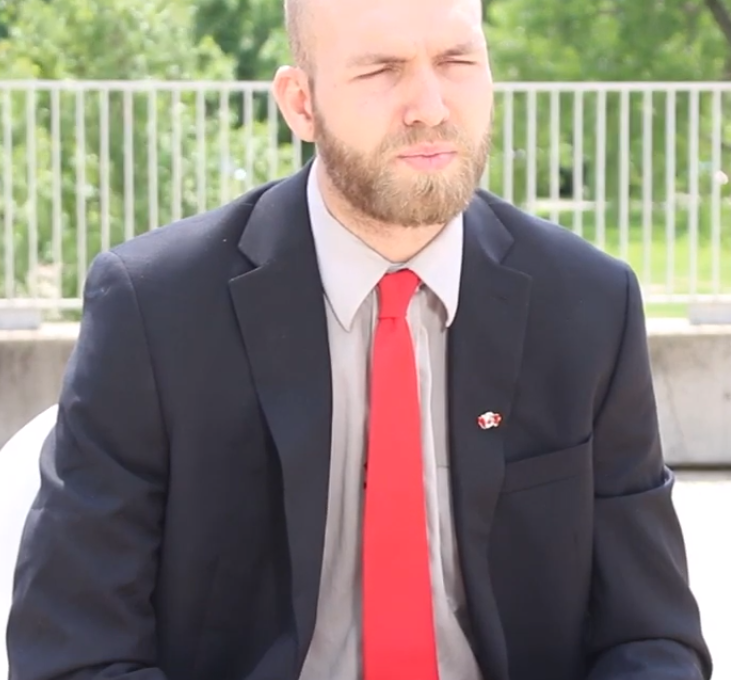 The Canadian Nationalist Party, a hate group seeking a place on the ballot in the upcoming federal election, had been using the services of Telsec, an office space solutions company, in order to receive donations for its cause at a temporary address.

Though based in Saskatchewan, using the services of Telsec allowed the hate group to list 1 Yonge Street as its mailing address, providing the party with the appearance of a prestigious downtown Toronto location. One Yonge Street is also the address of the Toronto Star Building.

B'nai Brith has previously drawn attention to hateful and antisemitic rhetoric peddled by the group's leader, Travis Patron. In addition to being accused of anti-immigrant and anti-LGBTQ sentiment, Patron has claimed that "Canada has a Zionist-occupied government" and has accused the Israeli Defense Forces of intentionally targeting and killing Canadian soldiers.

In one particularly antisemitic video, Patron warns his followers to "beware the parasitic tribe" that controls the media and banks in Canada before accusing this tribe of wanting to "eradicate" the Canadian way of life, and of "seek[ing] to control and demoralize us in every aspect of what we try to do." Patron then encourages his followers to "remove these people, once-and-for-all, from our country."

On June 29, Patron posted a string of New Testament verses deriding the Pharisees. The verses quoted attack these ancient Jews as "hypocrites" and "vipers," before suggesting that they will be "flog[ged] in [their] synagogues" and "pursue[d] from town to town."

The Canadian Nationalist Party is under investigation by the RCMP for hate crimes.

B'nai Brith sent a letter to Telsec earlier this summer to inform it of its client's controversial history.

"We are pleased that B'nai Brith's concerns were taken seriously and that this abhorrent hate group will no longer have access to its Toronto mailing address," said Michael Mostyn, Chief Executive Officer of B'nai Brith Canada. "As we approach the federal election, this repudiation demonstrates that there is no room for hate in Canadian politics."

A spokesperson for Telsec told B'nai Brith that the group's registration was made under Patron's name only, and that it was not informed that he was using its space for this organization. Telsec also stressed that the group was barred as soon as it was made aware of what the organization was.