We Are Jew-Killers: Slogan at IRGC Rally 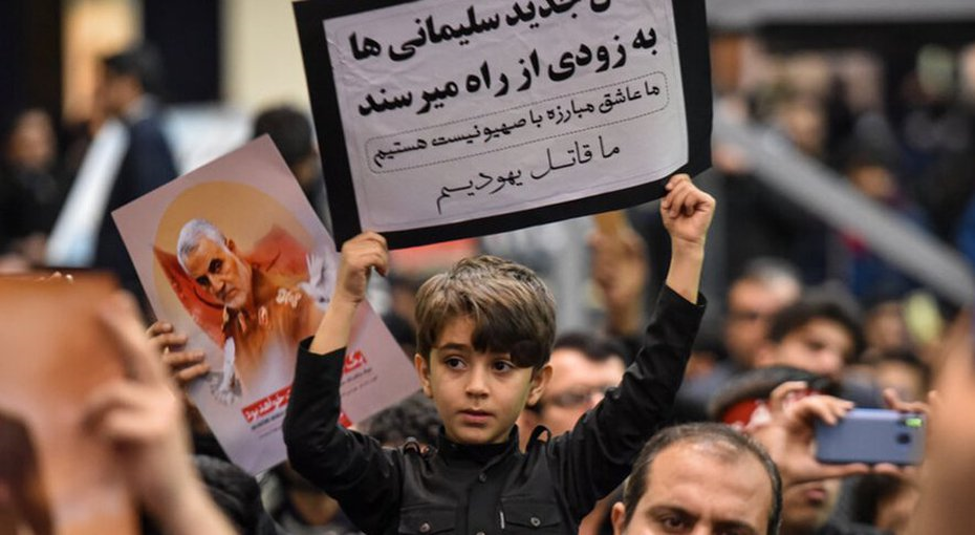 On Feb. 5, the Basij, one of five branches of the Islamic Revolutionary Guard Corps (IRGC), held a massive gathering at the Grand Imam Khomeini Mosalla, as documented by an IranWire citizen journalist. Demonstrators wished death upon Israel and the United States as they mourned former terrorist mastermind Qasem Soleimani, who was killed in a U.S. air strike Jan. 3.

The aforementioned slogan, hoisted by a young boy, conveyed hate messages bragging of wishing to fight Zionism and kill Jews.

Following Soleimani’s death, the IRGC shot down a civilian passenger jet near Tehran ⁠—killing 176 people, including 57 Canadian citizens and another 81 people who were travelling to Canada. A week later, B’nai Brith Canada joined forces with the Council of Iranian-Canadians and Justice 88 to renew the call for Canada to designate the IRGC as a terrorist group, in line with a House of Commons resolution passed in June of 2018.

“This is yet more evidence, if any were needed, that the IRGC as a whole is a dangerous and virulently antisemitic terrorist group,” said Michael Mostyn, Chief Executive Officer of B’nai Brith Canada. “After seeing so many of our citizens killed, Canada should be taking tough steps against this rogue regime, not shaking hands with its representatives.”

Despite its history of Holocaust denial, the Islamist regime in Iran sometimes denies that it is antisemitic — claiming instead to be “merely” anti-Zionist. However, the poster displayed at the Feb. 5 IRGC rally, as well as a Tuesday tweet by Iran’s Supreme Leader asserting that the U.S. “is controlled by the wealthy Zionists & their corporate owners,” prove otherwise.

Also on Tuesday, B’nai Brith released a petition calling on Canada to take a strong stand against the use of child soldiers by Palestinian groups, many of which benefit from Iranian support. The Iranian regime is equally notorious for deploying child soldiers — having used them to clear mines during the Iran-Iraq War. In more recent years, the regime has recruited the children of Afghan refugees to fight alongside Bashar al-Assad in Syria’s brutal civil war.

Iran antisemitism terrorism IRGC Palestinian Child Soldiers Week
Published : Feb 19, 2020
Do you like this post?
Tweet
Have you experienced antisemitism, racism or discrimination? Report an Incident