The man who denied this week having written an editorial promoting 'resistance' as a 'sacred duty of Jihad', and who was subsequently suspended from his position with the Multicultural Council of Windsor and Essex County, once posted a video that glamorizes Gaza-based terror groups. 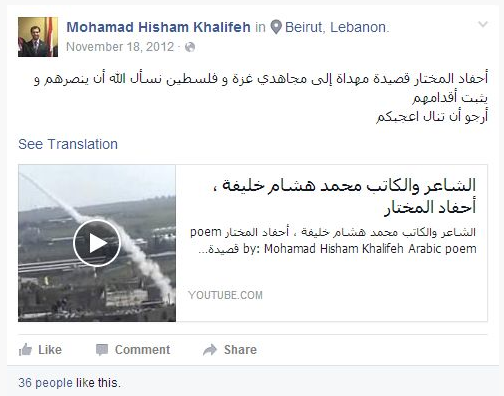 CIJNews has posted a copy of the video with English subtitles. Here it is: 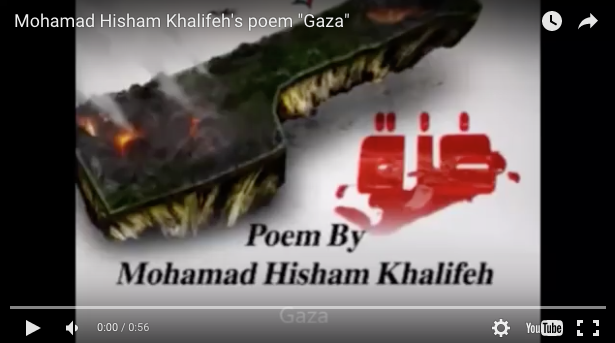 In newspaper reports this week, published after B'nai Brith brought the editorial to national attention on its website, Mr. Khalifeh denied supporting terrorist acts. “We do not support any terrorist act," he was quoted as saying. "And we try to stand against all extremism, especially in the Middle East, like ISIS and al-Qaida and all those kinds of groups.”

The following is the transcript of Khalifeh’s poem “Gaza” (originally in Arabic), which is now marked as private on Khalifeh’s official YouTube channel:

Show them your bravery, raise your head, show them the descendants of the [Caliph Omar] al-Mukhtar [ conqueror of Jerusalem]

Break your shackle, show your sword, destroy the siege imposed on you

Destroy the foundations of the morally corrupt people

Shake the thrones of the infidels

O Palestinian, do not compromise

Remove the disgrace of your [Muslim] nation

You are a free man made of steel

Show them your bravery, raise your head