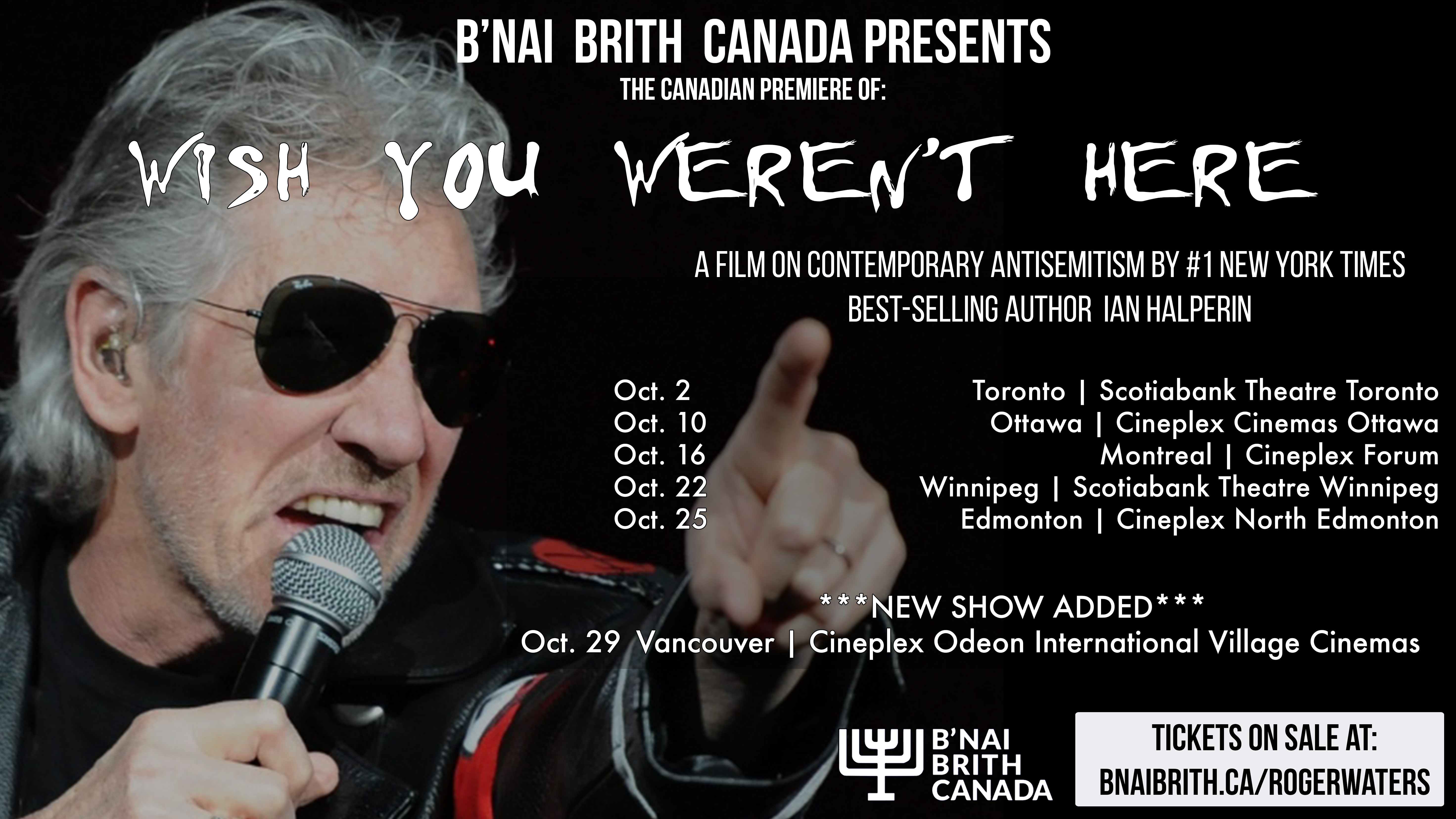 VANCOUVER – Fresh off the heels of a successful, sold-out world premiere in Toronto and due to greater-than-anticipated demand, B'nai Brith Canada is adding a Vancouver screening of Wish You Weren't Here by award-winning filmmaker Ian Halperin.

The film, exploring how Roger Waters’ support for the boycott, divestment and sanctions (BDS) movement directly leads to antisemitism, will be screened at Cineplex Odeon International Village Cinemas at 88 W Pender Street on Oct. 29, 2017 at 7 p.m.

The next screening of the film will take place in Ottawa at Cineplex Cinemas Ottawa on Oct. 10 at 7 p.m. Tickets will not be sold at the door at either of these screenings, nor at our screenings in Montreal on Oct. 16, Winnipeg on Oct. 22, or Edmonton on Oct. 25.

Meanwhile, evidence has emerged that Waters is feeling the heat from B'nai Brith's public awareness campaign. During his Oct. 3 show in Toronto, Waters interrupted his own performance to say that he "needed to mouth off at Michael Mostyn," the Chief Executive Officer of B'nai Brith Canada. Waters also claimed he's never mentioned Israel during his performances, despite reports that point to the contrary.

“The fact that Roger Waters felt compelled to condemn us during his show indicates that our message in support of human rights is reaching the Canadian public,” said Mostyn, in response. “We look forward to educating many more Canadians, from coast to coast, about the anti-Israel bigotry and thinly-veiled antisemitism inherent in BDS.

“If you haven't had the chance yet, please purchase your tickets before it's too late."

BDS Roger Waters Ian Halperin Wish You Weren't Here Pink Floyd
Published : Oct 04, 2017
Do you like this post?
Tweet
Have you experienced antisemitism, racism or discrimination? Report an Incident