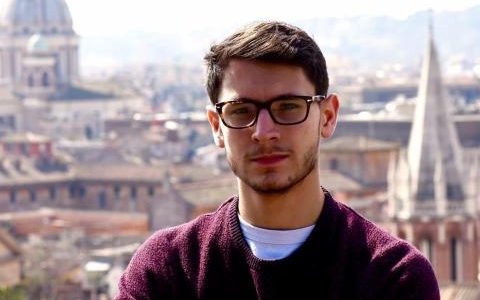 A British university student is receiving monetary retribution after years of antisemitic abuse on campus from members of the school’s student union.

The student union at the University of York issued Zachary Confino, a third year law student, a public apology along with a grant of £1,000 in compensation for his suffering. The payment is considered to be the first of its kind amongst universities in the United Kingdom.

Confino faced remarks from such as, "Jewish pr**k", "Israeli tw*t" and "Hitler was onto something."

Confino said the most problematic part of the episode was "the lack of support we’ve received from both the student union and the university.”

“The far left say racism is a black/white issue,” said Confino. “They seem to think Jews are fair game.”

Confino nearly left the school due to the amount of abuse faced.

“The experience has been so depressing,” he said. “It ruined my experience at university. I can never get that time back.”

Confino is the Vice President and Treasurer of the University of York Jewish Society and a very active member of the Union of Jewish Students, a prominent Jewish student organization in the UK.

A number of antisemitic incidents at the school rose rapidly in response to Confino's outspoken condemnation of the student play Seven Jewish Children. Confino said it heavy-handedly vilified Israelis as war-mongering, cold-hearted, and eager to murder Palestinians. But despite complaints from the Jewish student body, the play was not investigated, let alone canceled by the university.

Confino's episode has sparked national concern and calls to action. The former archbishop of Canterbury, Rowan Williams, wrote to university minister Jo Johnson, expressing concerns of a “muted” government response to complaints of rising antisemitic behaviour at universities including Oxford, Cambridge, York and the London School of Economics.

Jonathan Sacerdoti, the director of communications at the Campaign against Antisemitism said the apology and payment were not enough.

“There must also be a commitment to fighting antisemitism properly, something they failed to do in Zachary’s case,” said Sacerdoti. “It should not be necessary for individual Jewish students to fight lengthy battles with their university unions over the course of many months or years in order to have Jew-hatred dealt with properly. Students who abused Zachary by suggesting Hitler ‘was on to something’ ought to have been disciplined for their racial abuse and bullying.”