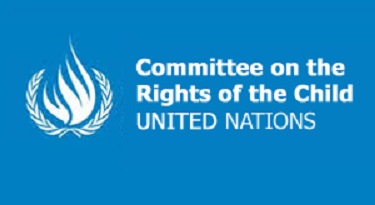 A United Nations committee has determined that sending children to Christian schools, assemblies and churches is a violation of the child's human rights.

A report conducted by the UN Committee on the Rights of the Child, which reviews the state of children's rights in the United Kingdom, found concern that children are legally required to participate in daily worship. The committee recommended that government "repeal legal provisions for compulsory attendance at collective worship."

The recommendations, however, are not legally binding.

Excerpts of the report include the following:

“The Committee is concerned that pupils are required by law to take part in a daily religious worship which is ‘wholly or mainly of a broadly Christian character’ in publicly funded schools in England and Wales, and that children do not have the right to withdraw from such worship without parental permission before entering the sixth form.”

“The Committee recommends that the State party repeal legal provisions for compulsory attendance at collective worship in publicly funded schools and ensure that children can independently exercise the right to withdraw from religious worship at school.”

The report was produced by a group of 18, which included representatives from Russia, Egypt and Bahrain.

Conservative MP David Burrows has come out strongly against the report calling it "ludicrous".

“The collective act of worship is not an indoctrination exercise. It is recognizing and respecting the Christian heritage of the country and giving people an opportunity to reflect before the beginning of the day,” Burrowes told The Telegraph. “The UN should spend more time doing its main job of preventing war and genocide rather than poking its nose in other countries’ classrooms. We can respectfully put those kind of reports in the bin where they belong.”

United Nations UN Committee on the Rights of the Child
Published : Jul 08, 2016
Do you like this post?
Tweet
Have you experienced antisemitism, racism or discrimination? Report an Incident