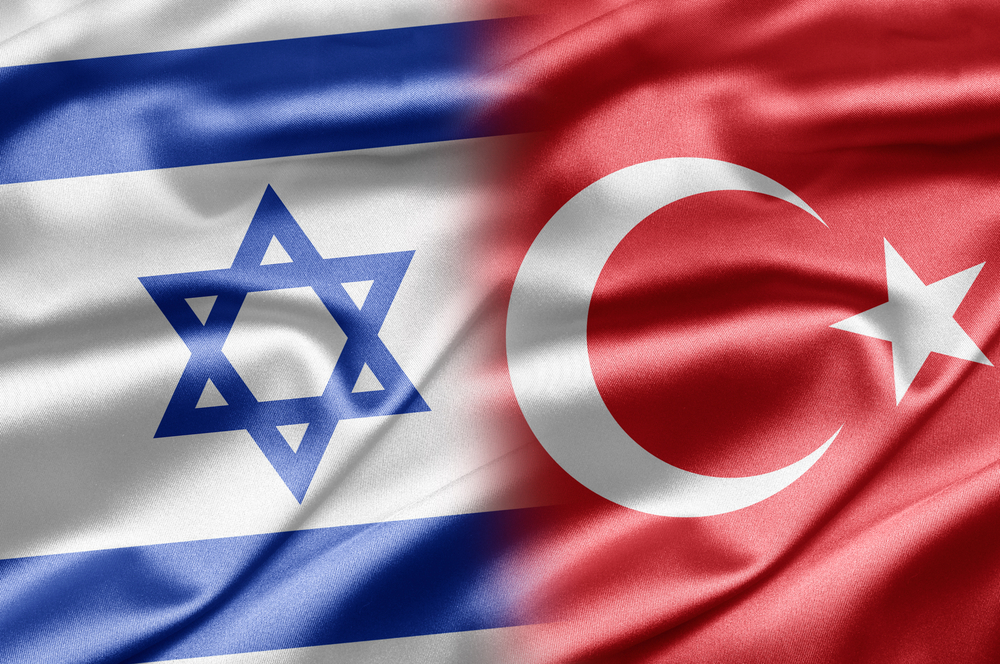 Turkish and Israeli negotiation teams will normalize ties between the two countries after six years of severed relations, according to a Times of Israel report.

The announcement will be made this month, on June 26, when the terms of agreement are finalized.

"There is no reason this won't happen", a senior Israeli official said. “Almost everything has been finalized. We’ve concluded over 95% of the negotiations, there are only few details remaining.”

That same year, nine Turkish activists were killed in the Gaza Flotilla Incident. The Turkish activists were attempting to run the Israeli naval blockade of Gaza on a Turkish vessel Mavi Marmara (the blockade was designed to prevent Hamas, the Islamist terror group that still runs Gaza, from importing weaponry). Israeli commandos stopped and boarded the vessel after repeated calls to halt. The activists attacked the commandos with clubs and metal bars, fighting ensued and ended with the death of nine activists (a tenth wounded) and several IDF soldiers severely wounded. It was in the aftermath of this incident that Turkey expelled Israel’s ambassador from Ankara. Relations remained severed despite Prime Minister Netanyahu's public apology in 2013.

Turkey had three key conditions for normalization: an apology and compensation for the Flotilla Incident (agreed upon), and that Israel lift its blockade on the Hamas-run Gaza Strip. For security and defense reasons Israel will not completely lift the blockade but instead allow the completion of a hospital in Gaza, as well as the construction of a new power station and a seawater desalination plant for drinking water. Turkey agreed to send aid to Gaza via the Israeli port of Ashdod rather than sending it directly to the Palestinian enclave.

Positive steps have already been taken by Turkey, most notably lifting its NATO veto on cooperation with Israel. Another positive gesture from Turkey was the attendance of numerous senior Turkish foreign ministry officials to an Israeli Independence Day celebration at the Ankara embassy in May. Turkey's newly elected Prime Minister, Binali Yildirim, intends to pursue a more pacifistic foreign policy in comparison to his more aggressive and interventionist predecessor Ahmet Davutoglu.