Trudeau’s First Year in Office: Was it Good for the Jews? 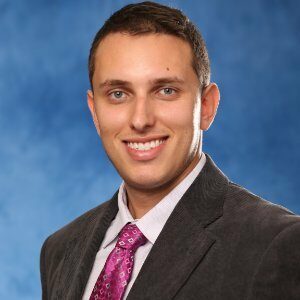 The 2015 Canadian federal election marked the return of the Liberals to power since 2006. Critics of the Liberals and Prime Minister Trudeau had voiced their concerns regarding a) his alleged lack of political experience and b) his proposed foreign and defence policies.

Members of the Jewish community were also concerned, about the future of Canada’s relationship with the State of Israel.

But despite their trepidation, it seems Trudeau’s Liberals and the former Conservative government’s policies on issues pertinent to the Jewish community are more closely aligned than previously thought. This is particularly encouraging in light of the continuous bickering between lawmakers south of the border.

Regarding Canada’s anti-ISIS mission in Iraq, the Liberals announced a cessation of the CF-18 air strikes per Operation IMPACT, which was initiated by the former Conservative government. That being said, the Liberals have maintained air refueling missions and ground forces in the operation, in order to continue assisting its allies in the anti-ISIS efforts. Canadian forces thus remain significantly engaged in this campaign.

On the diplomatic front, shortly after being elected, Prime Minister Trudeau’s government voted against anti-Israel sponsored resolutions at the United Nations.

Trudeau also met with Israeli Prime Minister Benjamin Netanyahu on the sidelines of the climate change talks in Paris. Canada’s support for Israel at the United Nations was a key feature of the Conservative government’s policies on the international arena.

Recently, Trudeau led a Canadian delegation to attend the funeral of late Israeli President Shimon Peres, which included former Prime Minister Jean Chrétien and Opposition leader Rona Ambrose, among others. Prior to taking off, Trudeau called Peres “a real friend to Canada.” Former Prime Minister Harper also attended the funeral, who opted to travel separately from the Trudeau delegation.

Minister of Foreign Affairs Stephane Dion stated the delegation was purposefully designed to be non-partisan, in order to demonstrate that, “the whole country of Canada is supporting the whole country of Israel and the prime minister wanted that to be very clear.” NDP Leader Tom Mulcair could not attend due to a family commitment.

Shortly after the funeral, the United Nations Educational, Scientific and Cultural Organization (UNESCO) brought forward a resolution that fails to recognize the Judeo-Christian ties to Jerusalem. Described as “delusional,” “supportive of antisemitism,” and “incomprehensible” by world leaders, it was reassuring to hear Canada’s Foreign Affairs Minister Stephane Dion condemn the resolution. (page does not exist)

Despite the aforementioned policies which seem to be building upon the former Conservative government’s directions, Trudeau has made it clear that the Liberal government will indeed be pursuing its own path.

For instance, in the midst of the Canadian federal election, Trudeau vowed to renew ties with the Iranian regime, in light of the contentious Iran nuclear deal. In June, 2016, reports indicated that the Liberals had entered into talks with Iranian officials to this end. The former Conservative government suspended ties with Iran and expelled Iranian diplomats from Canada in 2012 for its state sponsorship of terror and rabid human rights abuses, which are currently ongoing.

While Trudeau has overtly disavowed the boycott, divestment and sanctions movement (BDS) against Israel, he has also stated that “Israel is a friend, Israel is an ally…[yet] there are times we disagree with our friends and we will not hesitate from pointing that out.” Minister Dion has also stated that under Trudeau, Canada would be returning to its role as a ‘honest broker’ in the Middle East.

Time will only tell which direction Trudeau will lead the country through the remaining three years he has in office until the next federal election. That being said, it is clear that after his first year in office, the Jewish community should rest assure that Canada’s friendship and alliance with the State of Israel, under the Trudeau Liberals, remains strong and will continue to be fruitful for many years to come.